In a few days’ time, one of the most important cannabis events in Europe will be held in Irún, the great cannabis party, Expogrow, which to celebrate its eighth edition has changed its usual autumn date (in September) to bloom in spring on April 26th, 27th and 28th. Three days of activities, tastings, concerts, discoveries and encounters with old friends and new. An event that deserves to be marked in red on our calendar! 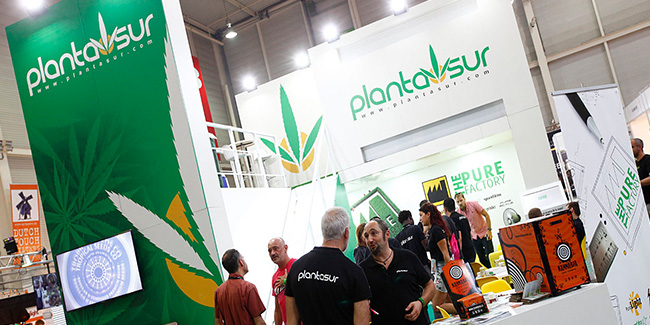 Expogrow is the most innovative International Cannabis Show in Europe. This year, the FICOBA fairground in Irún, in Guipúzcoa, once again hosts this cannabis fair born in 2012. For seven years it has been „Much more than a cannabis fair“ and this year they intend to go further and become „The great cannabis party“.

Why is Expogrow so special? Because each edition stands out for its alternative spirit and its innovation. This fair was the first to organize a musical festival and a forum with a program of artists and front-line guests. Another section that they introduced was the Exhibition Hall of cannabis products with recreational activities and other shows. And as all these activities are included in the entry price, it becomes a weekend of sharing, learning and having fun.

Friday, April 26th will be dedicated entirely and exclusively to professionals in the sector. We are talking about the B2B meeting, the only cannabis event in Europe that aims to promote networking, commercial relations and the facilitation of agreements and business between companies in the cannabis industry. This space is part of the Expogrow Pro category and offers a meeting room for attendees to facilitate connections.

This day will not be open to the general public, as its objective is to improve the profitability of companies and workers in the cannabis sector. It is a section that will revolutionise the concept of the fair, committed as it is to the reality that is increasingly present, the cannabis industry. Professionals of the sector will have free access to more than 150 companies and 2,000 professionals of  Spanish, Dutch, French, British, German, Australian, Canadian, Swedish and other nationalities from all over the world. Those accredited to this space will also be able to use the B2B application, an online tool which allows connections with other professionals. 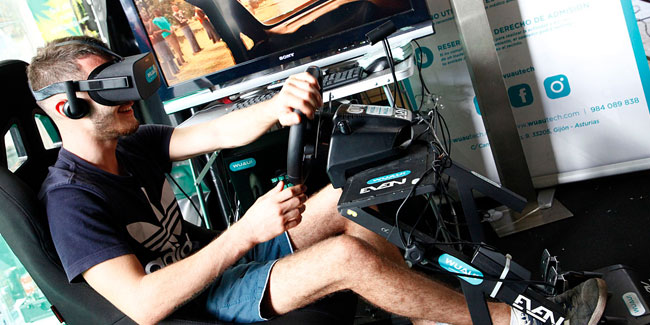 On Saturday the cannabis products exhibition hall opens, one of the biggest and most extensive parts of Expogrow, covering three pavilions. There we can discover and taste the products and innovations that more than 150 companies from all over the world have prepared. You’ll find all the latest innovations from the cannabis sector at Expogrow: growing products, accessories, lighting, fertilizers, vaporizers and the newest CBD applications, as well as stands of the most respected seed banks, and technology and machinery innovations.

Another defining space for Expogrow was renamed the Cannabis Box Forum three years ago, and was known for the previous five years as the Cannabis International Social Forum. This section brings together those who know most about the regulation of medicinal cannabis, industrial hemp and many other topics.

This year Expogrow continues with its „talk show“ format “ “in which ´the word is released´ and public participation is encouraged“. It is a space organized jointly by Expogrow and the Renovatio Foundation, sponsored by Biobizz. Entry is free, and the forum is open to all who want to attend. It will be held once again in the Sala Hall Ficoba, located in front of the ticket office. 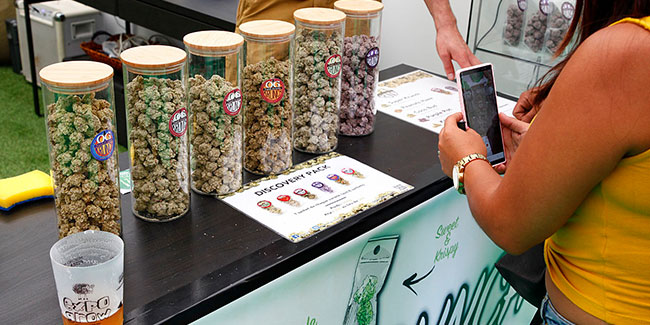 Cannabis activists from around the world

Cannabis Box Forum 2019 will discuss medicinal cannabis with the assistance of Carola Pérez, President of the Spanish Observatory of Medicinal Cannabis and Lourdes Ciria, from the Cannabis Cantal Sector State Circle. Innovation and laboratories will also be discussed, with the participation of Pierre Antoine Aulas and Oier Aizpurua, head of Dinafem Labs.

Industrial hemp will also be an important issue and will be discussed by Miguel Torres, Baker Till Abogados, Kenzi Riboulet-Zemouli, Norml France and FAAAT and Martín Díaz Velásquez, from Knowmad Institut. Regulation in Spain will be represented by Bernardo Soriano, spokesman for the Responsible Regulation platform and Miguel Villa, from the Podemos Parliamentary Group.

Finally, there will be a session to talk about the different current scenarios in America with Milton Romani, Former Secretary General of the National Drugs Board of Uruguay and Alfredo Pascual, International Analyst MJBizDaily. The space will be presented by the writer, journalist and computer engineer, Jordi Cebrián, specialized in drug policies.

This year there is a luxury music program at Expogrow. The entertainment and concerts tend to be what most attracts visitors and what sets this expo apart from other cannabis fairs. After all day in the pavilions, the cannabis community (visitors, exhibitors, professionals, militants, guests and organizers) go to the outdoor tent to enjoy the Music Festival.

The night of Saturday, April 27th will be unforgettable as it features live performances by international artists of great prestige. The concerts begin at 8:00 pm in a marquee sponsored by Biobizz. To attend this musical festival there just one entry fee, which gives access to the fair and concerts.

Emir Kusturica & The No Smoking Orchestra

This year the headliner is the film director, scriptwriter and Serbian musician, Emir Kusturica, who will be at Expogrow with his inseparable band „The No Smoking Orchestra“. They will be celebrating their 20th anniversary together and will deploy all arms to make us dance, performing with their complete formation of vocals, guitars, accordion, bass, violin, tuba, drums, percussion, saxophone, trumpet and keyboards. They will play songs from their latest album, „Corps Diplomatique“, characterized by its balkan sound with punk, kolo and gypsy tradition bases. They will also perform legendary soundtracks such as „Black Cat, white cat“, and also songs from the album „Unza Unza time“ and the music of their OPÉRA PUNK: „Les Temps de Gitans“. 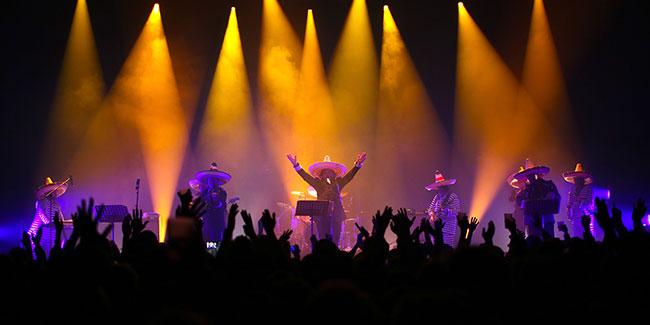 Danakil & The Baco All Stars

The French reggae group, Danakil & The Baco All Stars, will play an exclusive date in Spain in 2019, and will be in Expogrow on Saturday, April 27th. The audience can enjoy two hours of concert, which will bring together 17 musicians on stage like Yaniss Odua, Volodia, Natty Jean, Brahim and Papa Style & Numan. Danakil has spent nearly 15 years touring the world and his explosive live shows are the secret of his success. After four studio albums, they return with „La rue raisonne“ (Reason Street), a work that puts him firmly at the forefront of the militant and committed French scene. 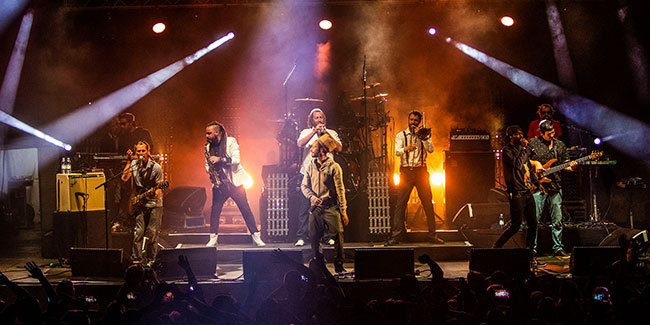 The grande finale will be delivered by the rap-reggae group Kulto Kultibo, who celebrated their ninth year together in 2019 and have enjoyed an incredible trajectory, closing 2018 with 40 concerts throughout their national territory and the publication of their third LP, „La Esencia“. And if you still want to dance, don´t miss DJ Don Cornelius, Expogrow’s resident DJ, a crazy music lover who writes his musical personality in fire. From the most elegant soul to the most upbeat reggae, passing through combative rap, classic pop and favourite rock anthems, for years he has been a staple on Radio 3, presenting the „Alma de León“ program.. 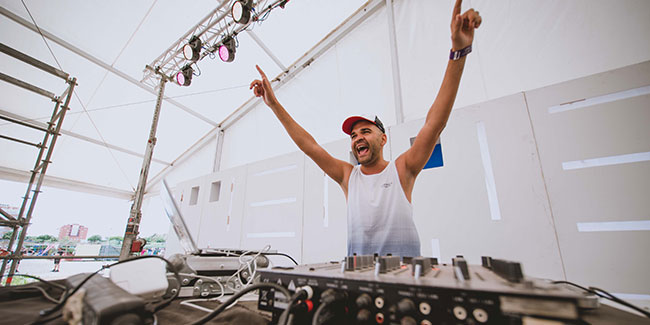 In addition to everything above, Expogrow attendees can visit the exhibition „The Queen of Africa“, a exhibition full of life and rich in expression and colour, the result of many trips to Angola. If you love to play, don’t miss the cannabis bingo or the seed piñata, with lots of gifts from brands, and seed from banks exhibiting at the Fair.

But there will be much more: a petanque tournament and the Monkey Dub Corner, which will entertain for the three days of the fair with musical selections linked to the culture of the sound system. Virtual reality, a wind tunnel, skate exhibitions, slackline and Basque sports, glassblowing championships, photography contests, exhibitions, graffiti … 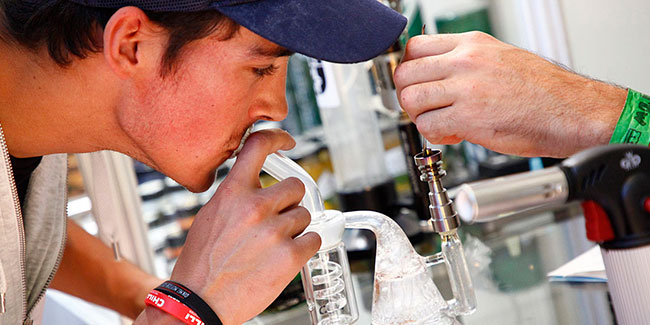 The 8th edition of the Expogrow Cannabis Cup will also be held, which this year will be called „VIII Expogrow Open Cannabis Cup“ and sponsored by CANNA. New this year, the competition will open to associations, clubs and grow shops that meet the requirements and two new categories have been added: „Best CBD variety“ and „Best E-liquid„.

And, finally, as every year, the VIII Expogrow 2019 Expogrow Exhibitors Awards will be delivered, in the following categories: 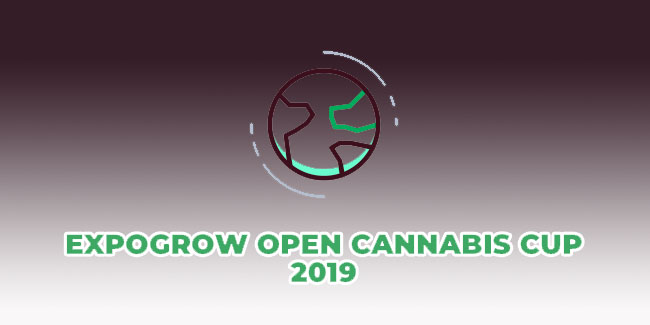 Marijuana has been and is a great source of inspiration for singers and composers. In Kannabia, we’ve rescued these 10 love songs dedicated to marijuana.  Now you can include it in your ...