Lamaar, a voice to fall in love with, on Knnb Live

The singer Martina Picaro, aka Lamaar, is the star of the third edition of Knnb Live.

After the first two deliveries of Knnb Live comes the turn of this fusion proposal that has a voice both personal and charming.

Kannabia Seeds continues with this project that bets on the connection between cannabis and music, through a range of styles, in a series of concerts and short interviews. This third chapter of Knnb Live, already available on our YouTube channel, looks again for inspiration in the personality and talent of bands and soloists that stand out for their original proposals, such as the contemporary and eclectic jazz of Arturo Serra & José Carra Duet or the metal energy of Hora Zulú.

The case of Lamaar follows this line that embraces fusion and mixture as a creative driver. Martina Picaro, is the Italian-rooted singer and composer, resident in Granada, who is behind the promising voice of Lamaar. She demonstrates her style by crossing influences from all over the world, from Balkan music to Latin American folklore, passing through an unmistakable flamenco touch. Her cadence for rock or soul was already known from her work as a singer in the band Ramrod, where she sings in English, unlike in this solo project of different textures and qualities.

This bluesy voice, which captivates and engages, leads us to the third installment of Knnb Live through six powerful songs, accompanied by an exceptional band of musicians. The live performance begins with the song „Tu cara morena“, a passionate missive of love whose videoclip, directed by Mariquilla Cuevas, recently won the Granajoven award for the best audiovisual production in Granada.

Do not miss the full video and immerse yourself in the melodies of Lamaar: 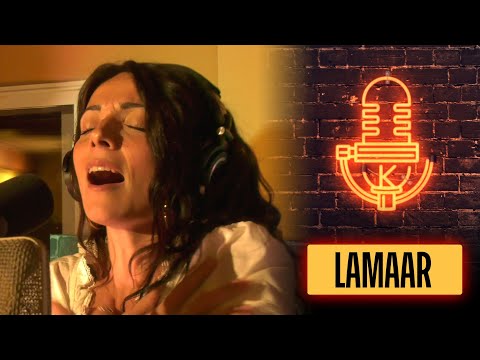 „We are Mary Jane“ arrives in Barcelona

How many initiatives were born on March 8, 2018! Millions of women took to the streets in a historic global general strike that was repeated again in 2019. Just one year ago, ...