The Italian España Circo Este and the Portuguese Algazarra complete the lineup for the seventh Expogrow Festival of Music. These last two groups join the four artists already confirmed: El Canijo de Jerez, Bombino, and the two French groups Deluxe and Demi Portion. The concerts will take place on Friday 14th and Saturday 15th of September. 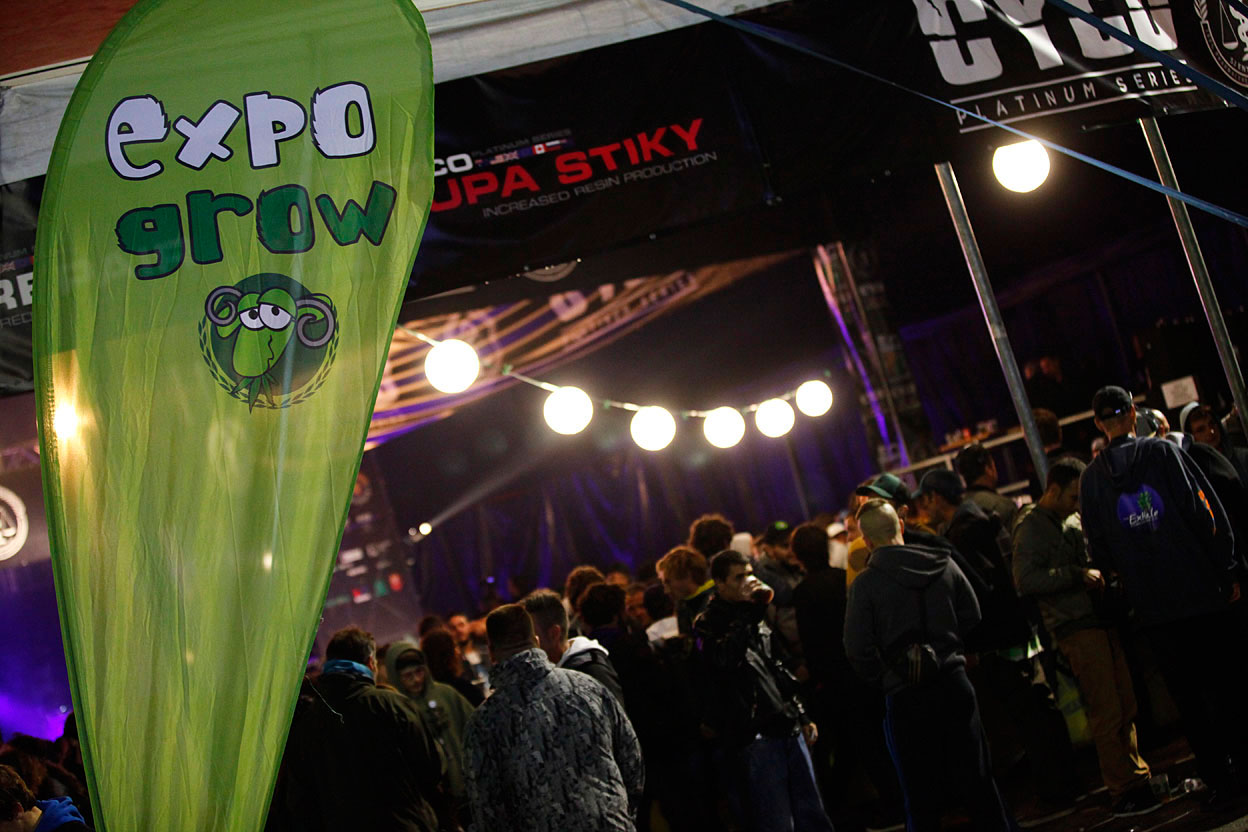 The seventh edition of EXPOGROW has pledged to fill its programme with music to keep its guests dancing. To the confirmed groups are now added two international additions: the Italian España Circo Este and the Portuguese Kumpania Algazarra. The Festival of Music lineup is now complete, with a different DJ every day opening the concerts, followed by three bands per night. In addition to the artists scheduled on the main stage for Friday 14 and Saturday 15, the outdoor area will be soundtracked throughout the day by the Sound System of Monkey Products. Each day will close with a sound clash organized by Soft Secrets in its stand´s VIP Party. More music for a cannabis expo that is much more than a just a Fair.

The EXPOGROW concerts have become, throughout these seven editions, an important aspect for the public and professionals who do not wish to miss this cannabis event on the Atlantic coast in September. The stage of EXPOGROW stands out, proof of which is SENSI SEEDS making their debut this year as sponsor of the Music Festival.

The lineup of the 2018 Music Festival 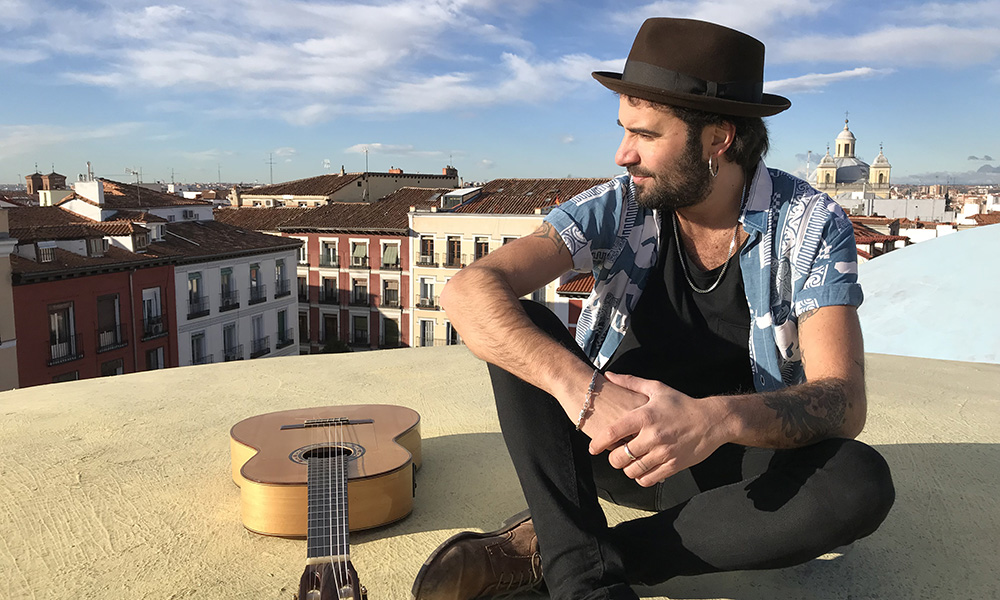 One of the most fun performances, bringing rhythm and a high dose of chaos to the festival. The former Delinqüente, who has shared solo projects with artists such as Kiko Veneno, Juanito Makandé, Muchachito and Tomasito, among many others, comes to Irun to present the finest of performances with the roguest of rumbas. 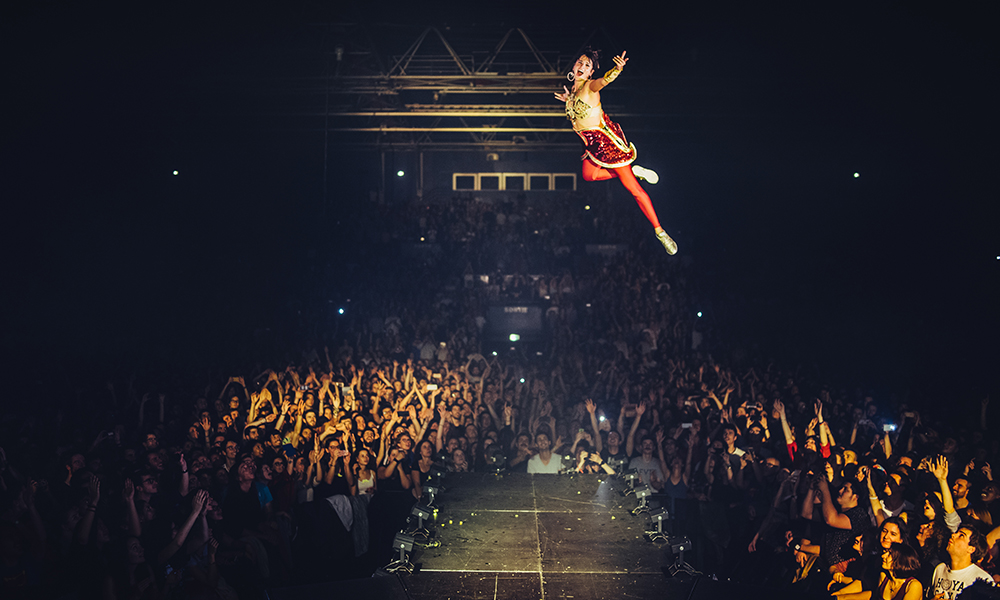 DELUXE
Originally from Aix-en-Provence (France), their musical style fuses electro, groove, funk, soul, hip hop, pop and jazz … A whole battery of rhythms to keep you dancing. Extremely well known in France they achieved high levels of success with their first release and their theme „Pony“ which enjoyed huge media interest. With incursions into cinema and with awards like the Adami Deezer, they are one of the most renowned bands of the French scene. With their second album „Stachelight“ (2016), released on their own record label NaNaNa Productions, they topped the French charts. 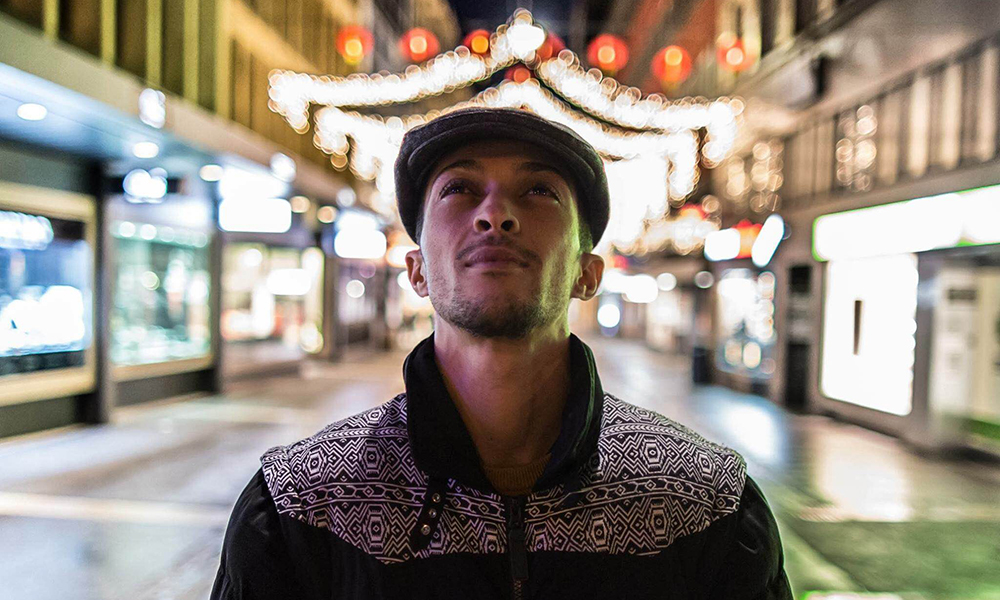 This rapper, originally from Sète, comes to Irun to demonstrate once again why his „homemade“ hip-hop has made him one of the most talented artists on the French scene. With its generosity and benevolence, DEMI PORTION bridges the gap between the old and new generation. This is not French rap but hip hop. A hip hop that has no borders, that does not fit in any category, a music that is unclassifiable. A hip hop of exchange and transmission. Super Heroes is an album that reconciles the purists and the complete rookies. 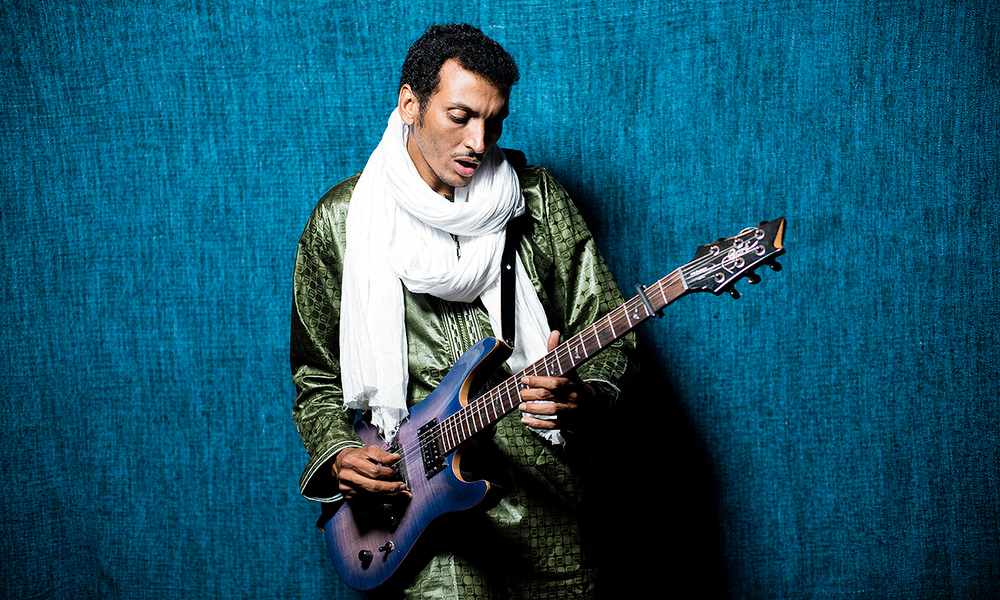 This exquisite Tuareg guitarist and his faithful musicians have traced an route through the desert through the mysterious contemporary sounds coming from the Sahara. Home is where our souls and hearts lie. For Bombino and the majority of Tuaregs, that means just one place. This is the main lyrical theme of their new album Deran (Partisan Records, May 18, 2018) with which they are taking their desert blues all over the world. From the raw rock of the initial Imajghane (The Tuareg), to the galloping Tenesse (Idleness), the tender and rhythmic Midiwan (My Friends) and the Tuareggae style, a subgenre of the Tuareg music of which Bombino has emerged as a pioneer, with the song Tehigren. The whole desert is here, hard but gentle, tragic but full of fun. 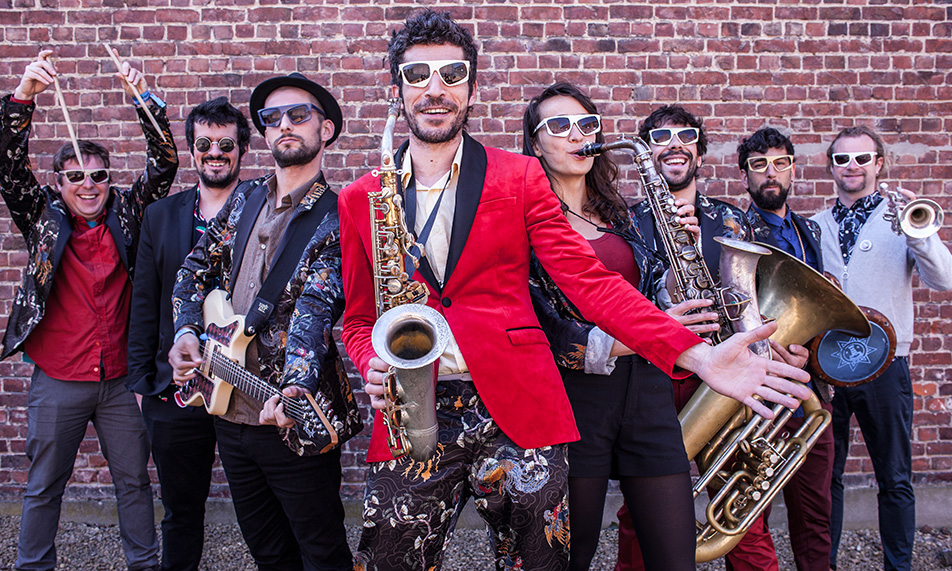 Kumpania Algazarra was born in 2004 on the streets of Sintra (Portugal), inspired by  balkan sounds. After the recording of their first EP in 2005, this festive caravan travelled throughout Portugal, Spain and Italy and toured Slovenia. Their gypsy style mixed with Balkan rhythms hits hard and inspires people with the passion to dance and enjoy life. So effective is their music that their first disc quickly attracted the interest of DJs such as Xoices, Nsekt, Woman in Panic, Sam the Kid, Beat Laden and Kronik, artists that in 2010 transformed the sound of Algazarra into remixes adapted for the dance floor.

In 2013 A Festa Continua  (The party continues), their second original album was released, where the influence of  Balkan rhythms and melodies mixes with tropical heat, oriental equilibrium, dance beats and hip hop. In 2015 they released their third album Acoustic Express,  bringing them closer to the more acoustic and nomadic side of the band. After touring all Europe with their unique musical vision. Kumpania Algazarra have received reviews describing their show as “an incredible party that takes you from Balkan music to ska, from India to the sea of Oman with wild uncontrollable wind instruments that force the public to jump” (Altamont, 2016) 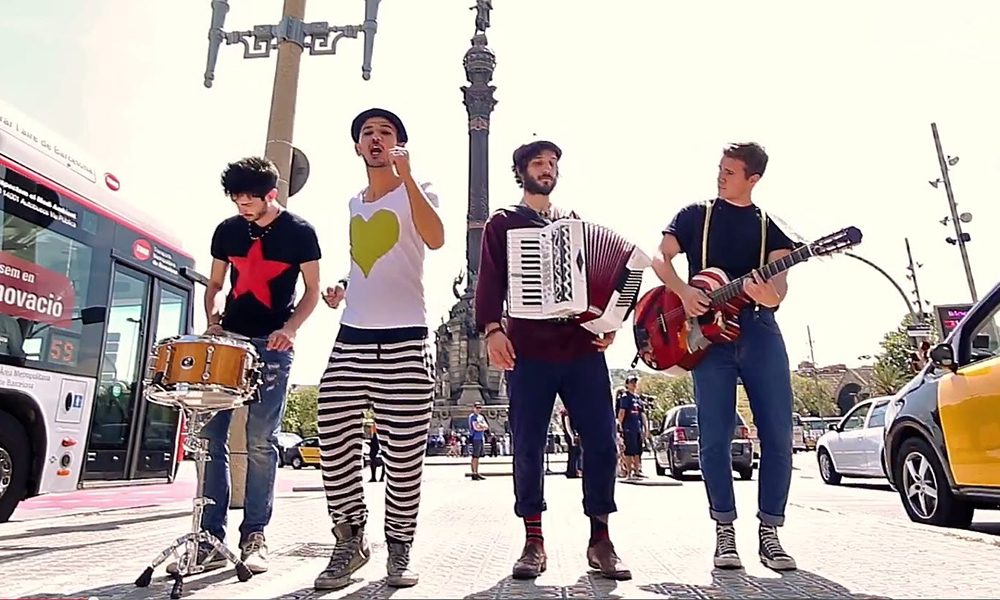 España Circo Este are part of a totally new genre given the name of tango-punk. Voice, guitar, percussion, accordion and violin at the service of Latin-punk, tango, cumbia, reggae, exploding live through a powerful and distorted rhythm. In just five years of existence, España Circo Este have given more than 500 concerts in Europe.

It all started in 2013 when the band released the EP Il Bucatesta with which they performed over a hundred concerts throughout Italy. Their first LP, La Revolución del Amor, came out in early 2015. In just 18 months the 3 reissues of the album were sold out and they gave 120 concerts in six European states. España Circo Este have shared the stage with artists such as Manu Chao, Gogol Bordello, Dubioza Kolektiv and Shaggy. In January of 2017 they published their second LP Scienze della Maleducazione. In this album, the punk tango of one of the most vagrant bands in Italy wanted to praise the imperfections that make people unique. „We recorded this record thinking about the people we love. When we fall in love with someone, we fall in love with the whole, their faults, their scars, their problems … But we are so accustomed to imposed beauty models, that we forget about this. Accepting and loving ourselves as we are, with all our faults and the marks that identify us, is our dream of revolutionary rebirth. A revolution that, we believe, is already in process.“

DJ Don Corneliusis is the most funky and cheeky alias of this crazy music enthusiast. From the most elegant Soul to the most positive Reggae, the most combative Rap, classic Pop and melodic Rock, here you have it all.

Víctor Santana is a renowned artist in underground electronic culture. His influences range from jazz and black soul, to reggae, house and of course techno „made in Detroit“. His label Chaval Records is a staple in the record cases of artists like Robert Hood, Los Hermanos, Vince Watson and Mike Banks …

Macedonia joins the list of countries that have legalized medical cannabis

Medical marijuana will be available throughout the country in the pharmacies of Macedonia by the end of May. Thus the Minister of Health Nikola Todorov announced at a press conference a few days ago. Minister ...