Can you imagine switching on national television and finding a type of cannabis Master Chef? This program exists and we love it! It’s name is Cooking on High and it’s available on Netflix. Gastronomía with a secret ingredient: marijuana! Just like the cooking shows that we know, the participants have a limited time and when it ends, the presenter shouts “Time’s up!” 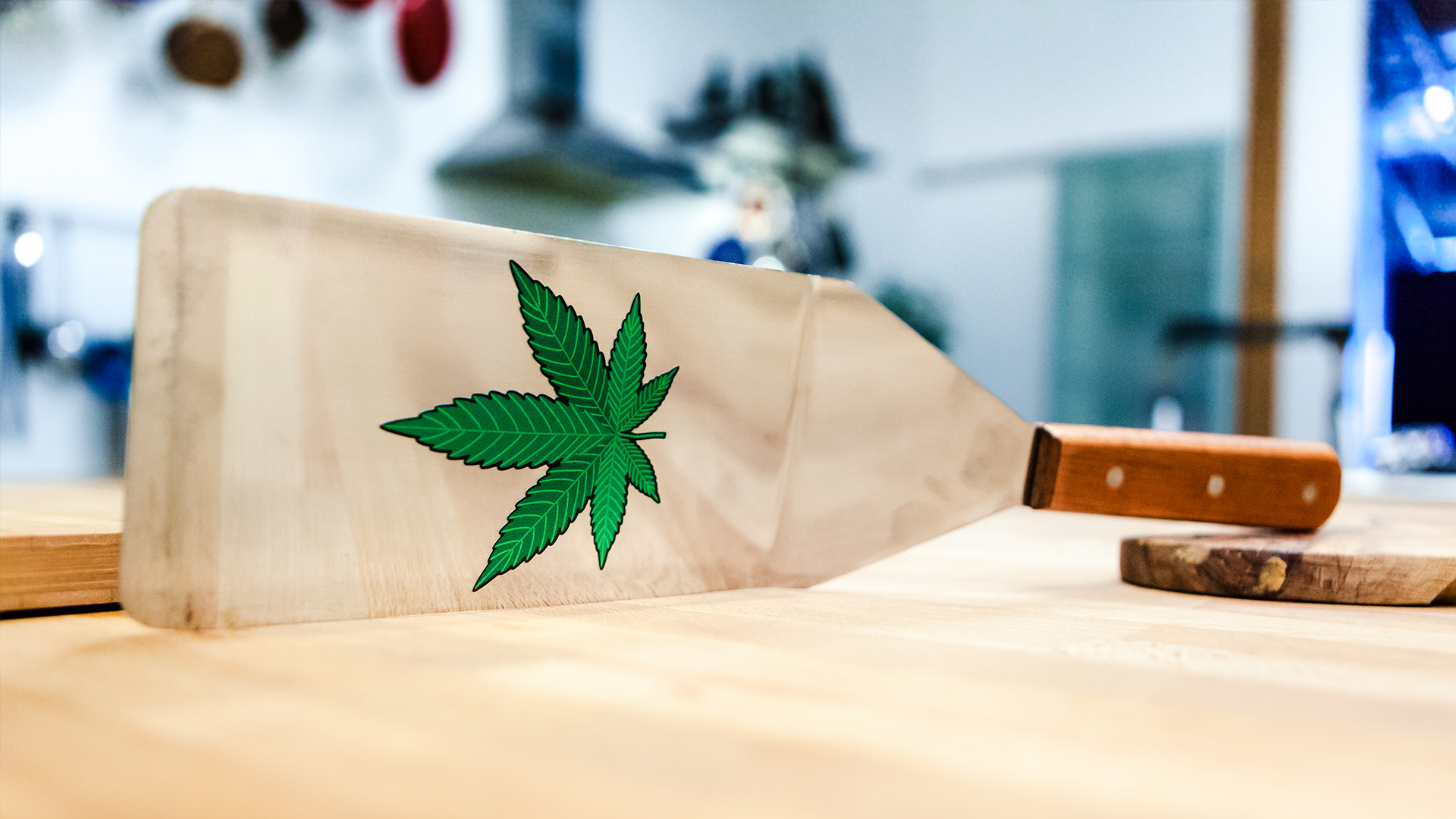 Cooking on High is the first competitive cannabis gastronomic  program in the world. In it we find two competing chefs per program whose mission is to cook dishes infused with marijuana. Each program is based on a theme and features a different type of marijuana. We also get to know the judges, who have to give their verdict on the dishes that the competitors  – who are always professional chefs – have cooked. 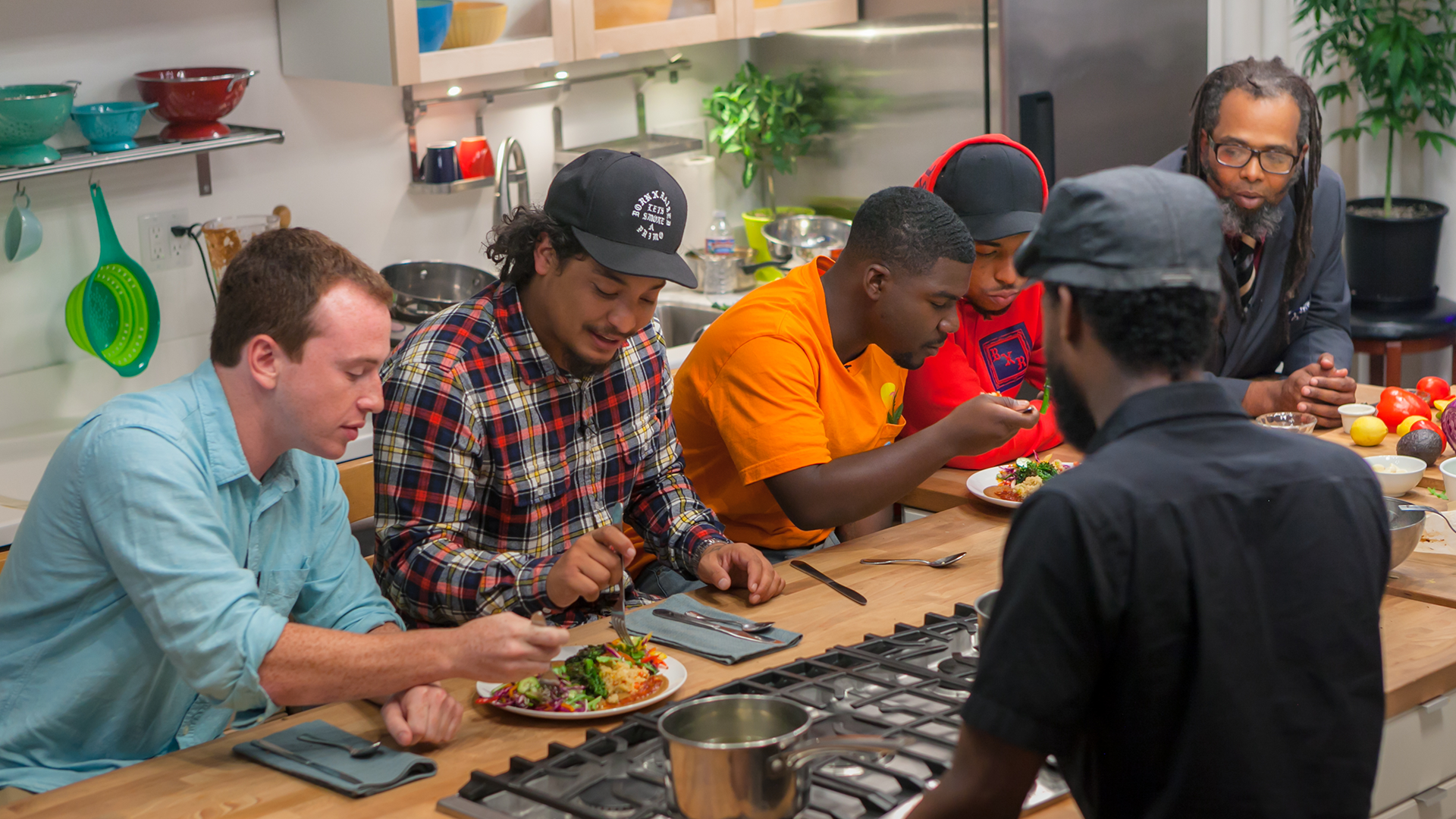 The judges are celebrities known – most of all in the US – for their artistic career. Program after program we find rappers like Mod Sun, or the rap group Warm Brew. And most of all, actors from the world of comedy such as Ramón Rivas, Brud Silnutzer, Chris Bryant, Vince Royal and Heather Pasternac.

On the other side are the contestants, professional chefs who want to win the prize, the golden casserole. In the first program we meet Luke Reyes, previously a contestant on  the famous reality show Chopped, and the cannabis chef specialist, Andrea Drummer. In following episodes we meet the superfood specialising chef, Andie Leon; the French specialist chef Brandon Coates; the cannabis chef pioneer Mike Delao and the specialist in eclectic American cooking, Jonathan Portela. 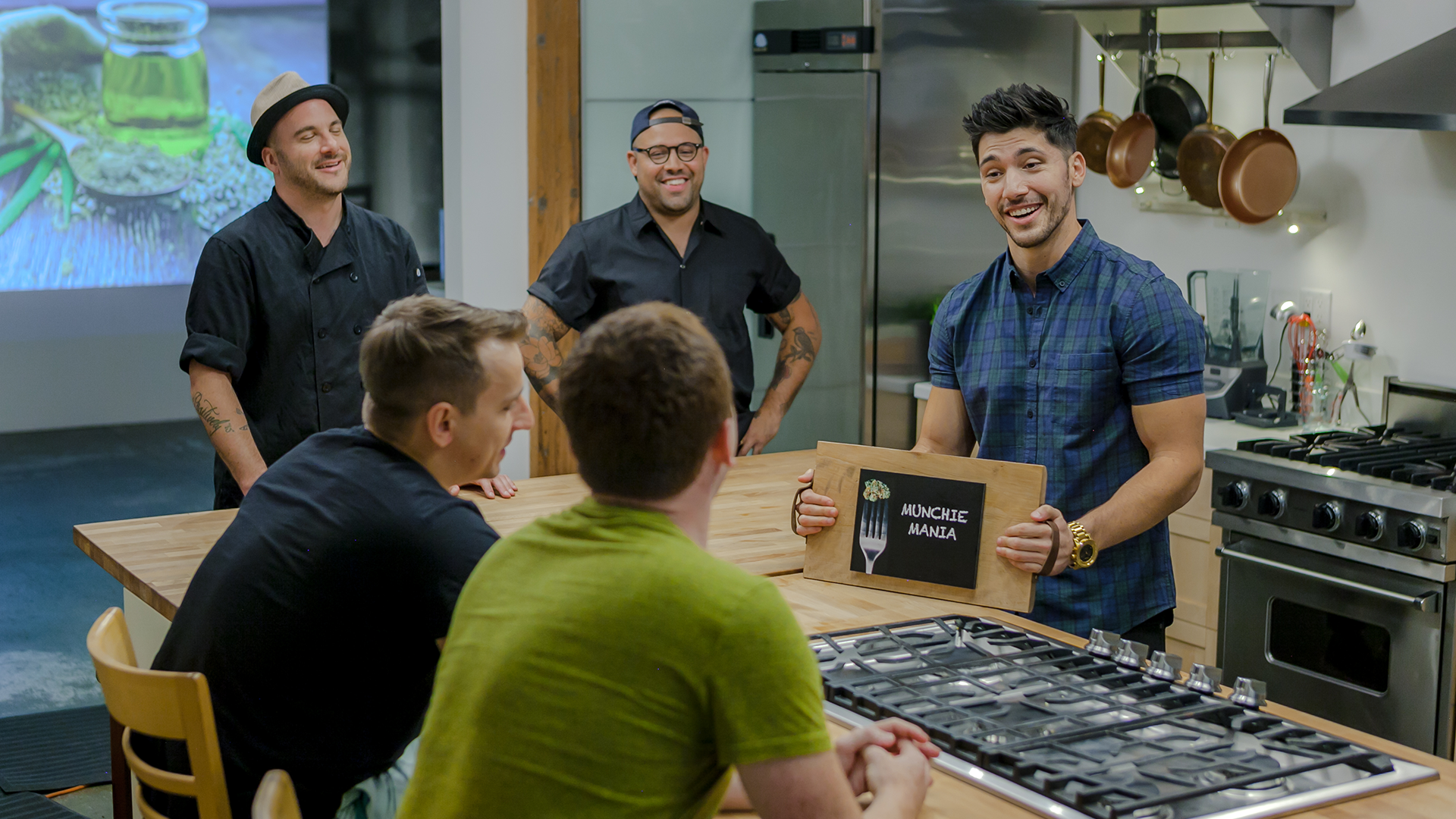 Each issue revolves around a different theme on which the chefs have to cook: half-day delicacies, green on green (vegetarian cuisine), roast potatoes, French fries, southern tranquility, mexi-cannabis … As all dishes have to to include the secret ingredient: the variety of cannabis chosen for that program, we get to learn many interesting facts.

“The difference between eating and smoking marijuana is how it is metabolized. When you smoke it it goes to the lungs and the THC directly to the blood. But when you eat a cookie or a delicious pasta sauce, the THC is metabolized in the liver and then goes to the whole body and produces different effects. That’s why edibles have more effect than smoking marijuana for many people.” This is the writer, educator, editor and cannabis expert Ngaio Bealum, who is in charge of introducing each program’s cannabis variety to us and giving us interesting facts about cannabis as a food. 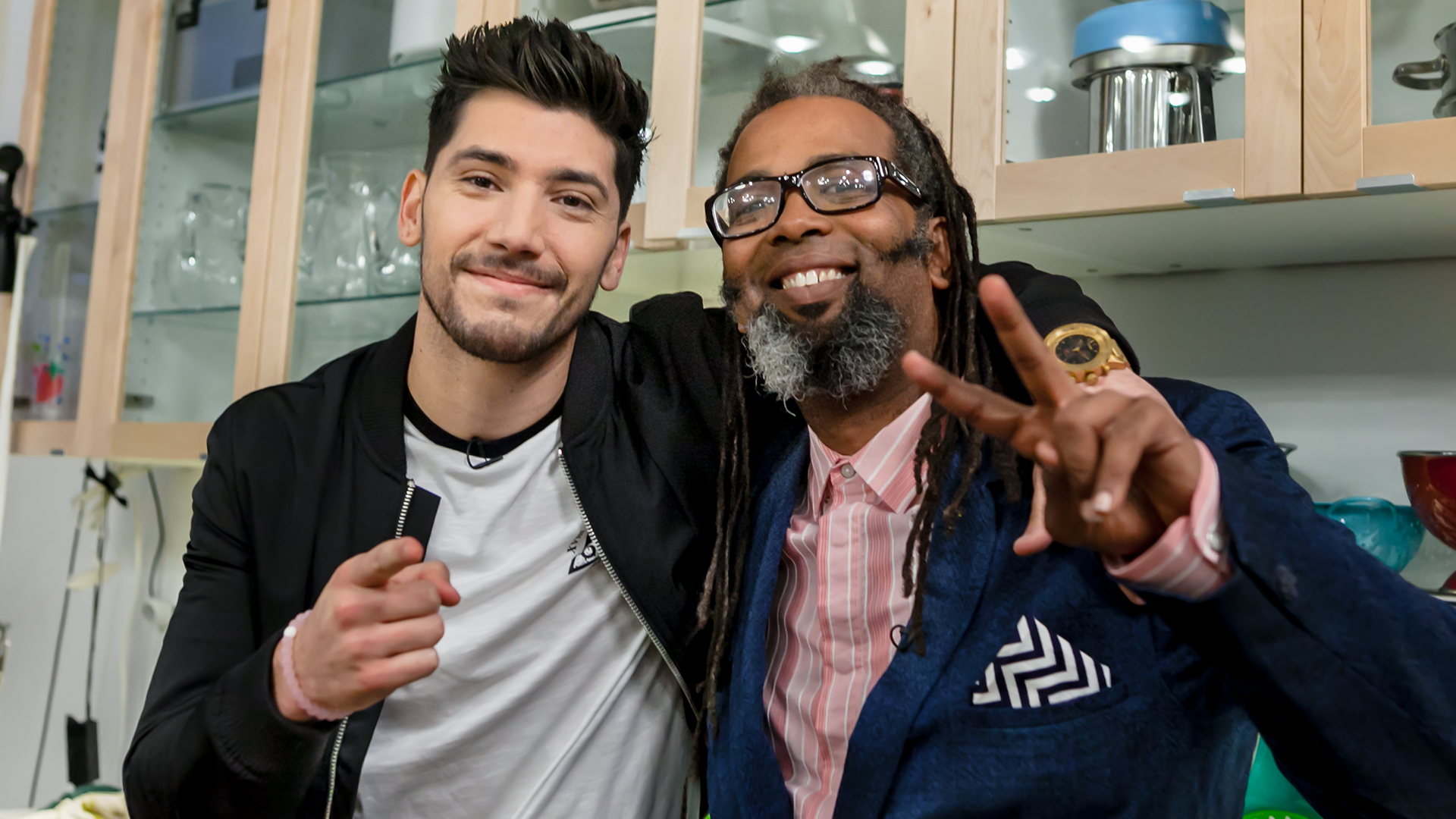 The cannabis varieties are different each program and can be hybrid, sativa or indica. Some of those that have been used are: Girl Scout Cookies, OG Kush, Don Julio, Amnesia Haze, Platinum Glue and Megaqueso. Ngaio Bealum is a fixture on Cooking on high, along with his host, youtuber and comedian Josh Leyva. 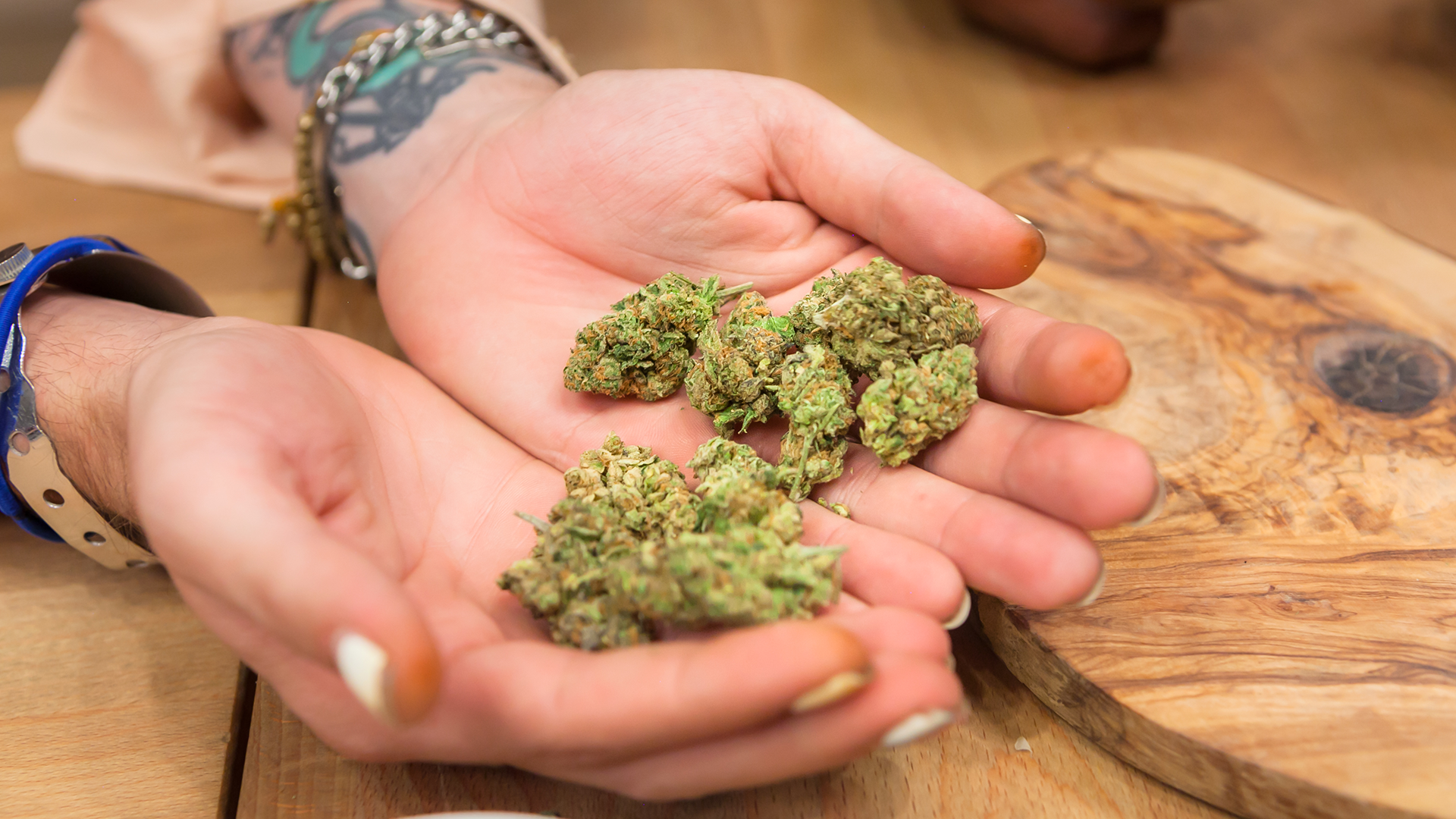 Chefs cook “medicated” dishes, that is, that include cannabis: in the butter, in the oil, in some sauce … After tasting the dishes, the guests have to take a break for the THC to take effect and then give their verdict and score from 1 to 10 the two dishes they have tasted. The length of each program is very short, less than 15 minutes. So imagine how fast you see each chapter of Cooking on High and how addictive it is. 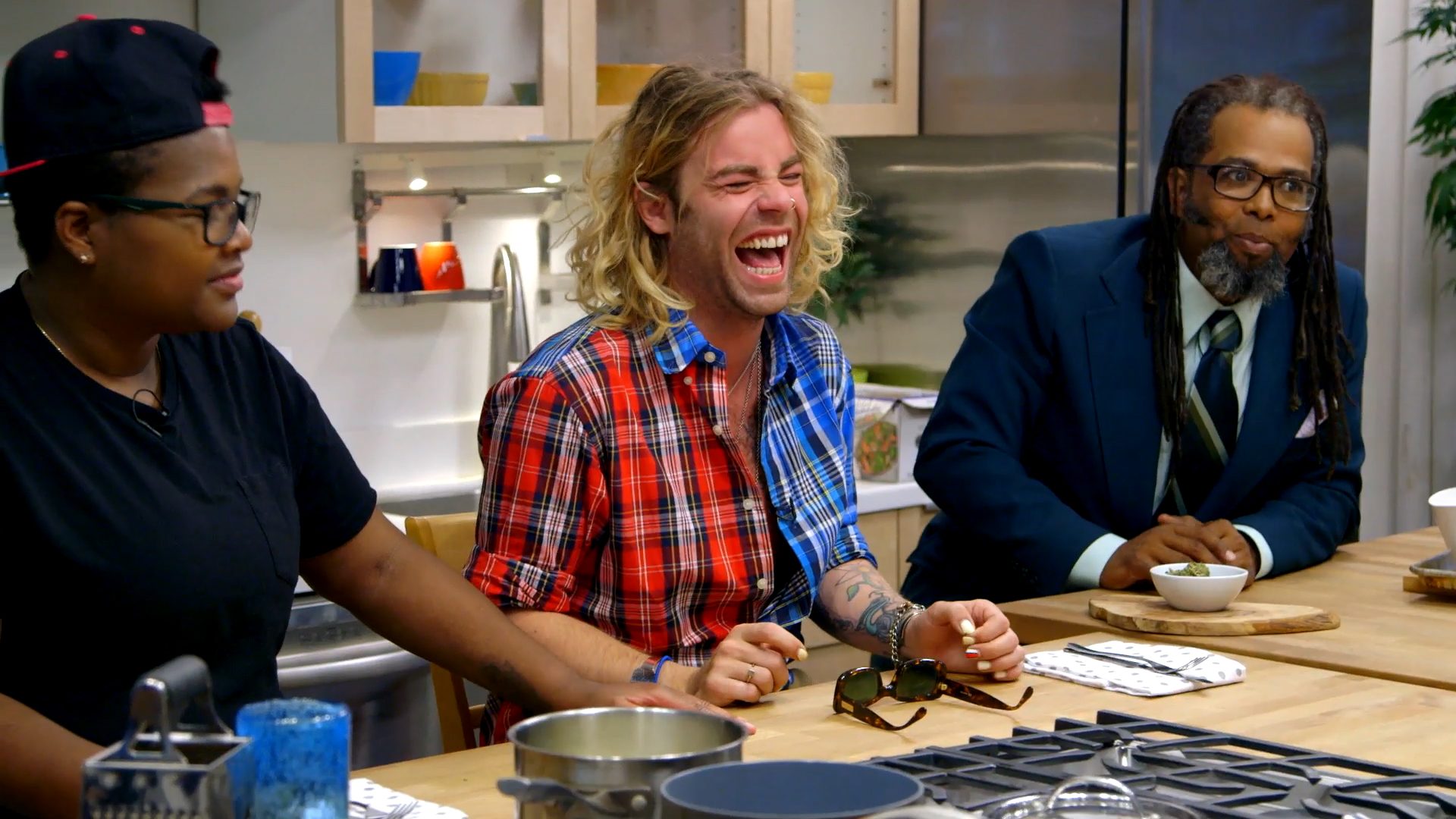 The Cooking on high formula is not new. We have already seen other ideas, such as the Youtube Drugslab channel, funded by the government of the Netherlands, in which three youtubers consume different substances in the name of science so that young people know what effects they have on their bodies. It is a form of entertainment that gives us interesting facts about the plant, making us more aware of the possibilities it can have in different aspects of our life, always with information, responsibility and conscience. We would love it if little by little more reality programs appeared with this type of approach.

When we talk about cannabis, we almost always immediately tend to think of its recreational or therapeutic uses; on occasion, we sometimes think about the use of its fibres for textiles. ...