The definitive fusion brought together by international producer DJ Vadim in his new album: “Feel Up”

DJ Vadim’s long-awaited new album celebrates the communion of cannabis with the finest avant-garde music creation. A special limited edition of 500 copies of the album that will bring to his fans a pack of three seeds of Swiss Dream, a top-notch CBD strain developed by Kannabia Seed Company.

Since his beginnings in the mid-nineties, DJ Vadim’s career has been characterized by having a restless, unprejudiced and eclectic spirit. His musical concept is based on the fusion of music styles, languages, rhythms and cultures, which have earned him a position in the world podium of DJ dance music.

And it’s not just us; DJ Vadim’s reputation speaks for itself. Music critics, main music festivals around the world and the great artists with whom he has collaborated over the years make him one of the most talented and prolific independent DJs and producers of his generation. The more than 3,000 performances on his back, in 77 countries on six continents, are all evidence of the international recognition of this artist, born in Russia, raised in England and currently living in Barcelona.

This ability of breaking down both physical and conceptual boundaries is also found and reflected in his music. In his sessions and albums, genres are put at the service of a unique party that mixes African and Asian influences, house and electronic music, reggae cadences and, of course, hip hop, a genre that he has helped to renew with a distinctive particular vision.

Artists such as Prince, Al Green, Stevie Wonder, Wretch 32, Foreign Beggars, The Cure, Fat Freddy’s Drop or 7 Notas 7 Colores, a cult rap group that sings in Spanish, have chosen him as music producer over the years. Through this experience, he has also developed his own signature sound, releasing 15 records including solo, compilations and remixes albums.

DJ Vadim’s display of talent could not go unnoticed by brands such as Adidas, Red Bull, Absolut Vodka, Nokia, and also the brand we are dealing with on this occasion, Kannabia, a company that shares the principles of universality, freedom and experimentation that make up his latest album, “Feel Up”. 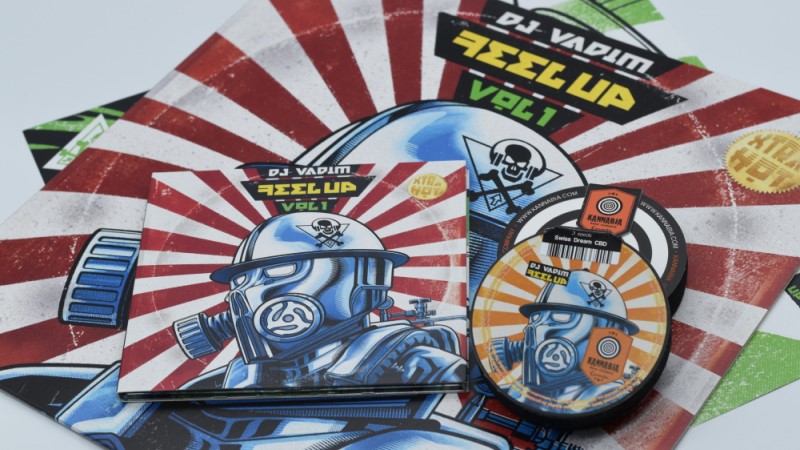 DJ Vadim wanted to accompany this new release with a distinctive gesture, a symbol of growth, care and dedication: a cannabis seed… but not just any. A project like “Feel Up” that displays such a wealth of experience, background and genealogy, needed a cannabis strain that matches.

The objective was to find a strain that is extremely easy to grow both indoors and outdoors, ideal for those who are getting to learn about cannabis homegrown cultivation for the first time, and with a wide variety of medicinal and therapeutic properties. That seed could only be Swiss Dream CBD by Kannabia. A strain selection that will perfectly work by complementing the music with a peculiar combination of relaxation and alertness, letting the rhythms of the album be responsible for any psychoactive effects and euphoria. The result: a special edition of 500 copies of the album that comes with a free pack of three seeds of this unprecedented strain.

Released by the French label Soulbeats Records, “Feel Up” was conceived in the midst of the COVID crisis as a creative and vibrant response to lockdowns, the impossibility of traveling, club closures and the tragic atmosphere that only a world in pandemic crisis could unleash.

Using the healing power of music, DJ Vadim creates this album by uniting distant places on the planet with musical references to the sound of producer Chris Blackwell (Grace Jones, AC/DC). In this album you will find and enjoy fun, party and stimulating collaborations that go through different musical styles such as jazz, afrobeat, dancehall and even some reggaeton bombardments like in the song ‘Grandma wine’, as well as in the Costa Rican Argentine Tikaf: 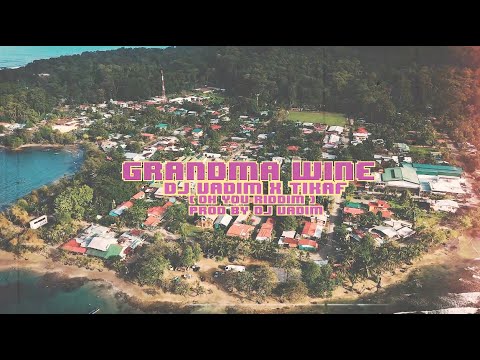 From Kannabia, we want to express and share our joy and enthusiasm for this collaboration. We highly recommend you to prepare your ears and joints and open them to the joyful rhythm… and obviously do not miss out on getting one of the precious 500 copies of the special edition DJ Vadim “Feel Up” + Swiss Dream CBD by Kannabia.

A group of researchers from the University of Parma, University of Naples “Federico II”, and other Italian institutions presented a retrospective case series analysis of all chronic pain patients treated with oral or vaporized ...

The importance of branding in the emerging cannabis market

The allowance of distinctive branding could be the key to a successful legal cannabis industry in Canada.  The interactions and memories between a customer and a company form a conceptual ...