The Feminist Weed Farmer, a book for women, racialized, and queer folks

I don’t know about you, but one thing i would ask from 2019, is more books about feminism. That’s why, uniting two fights as important as feminism and cannabis, we couldn’t miss reading The Feminist Famer, growing conscious medicine in your own backyard, by Madrone Stewart, published by Microcosm Publishing.

“Feminist Weed Farmer” is included in many media lists across the world as one of the cannabis books that you should read and have in your library. All its pages centre around the one theme “Weed is a powerful medicine, and growing your own is as empowering as it gets” it tells us in the synopsis. 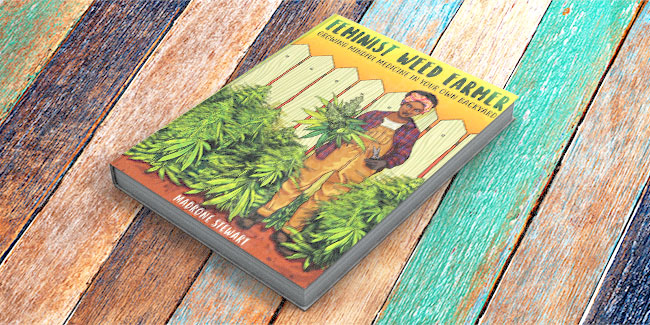 “Humorous, sage, and with a big heart, each chapter is infused with what she’s learned about equalizing the weed industry, applying mindfulness to pest management, and the importance of owning each step of the process. If you’ve ever wanted to grow your own pot or make hash or kief at home, this book is your wise guide.” We read on the cover

For this reason, its author, this experienced farmer from Homboldt, Madrone Stewart, shares her “knowledge acquired thanks to the years of cannabis cultivation, Zen meditation and survival as a women in a male-dominated industry dominated” As well as a review of the general panorama, its focuses on the cultivation of six garden plants: from the selection of the seeds to the harvest and final processing 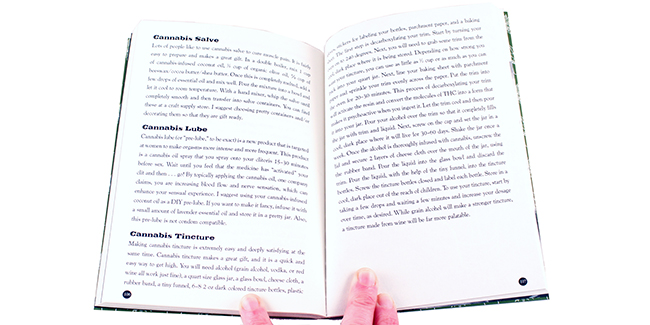 Madrone Stewart shares her cultivation knowledge from her own experience. After moving to Homboldt County, also known as the Emerald Triangle, and working on various farms, she realised the situation. The cannabis industry was dominated by white, heterosexual capitalist men.

The pattern always repeated. Whilst the men had farms and were mostly farmers, the women worked for them, generally doing the manicuring or trimming work. This situation produced a huge economic disparity. The men were always the employers and the women always the employees.

For this reason, this book encourages women, racialized people and people from the  LGBTQ community to grow their own cannabis. Madrone Stewart founded a cultivation project called Purple Kite Farms, where she gave work to women and queer people. In this guide she explains step by step (always referring to people who live in a state where cannabis is legal) to demystify the growing process.

Two key men for the author

Two men have been key in the life of the author as a cultivator. On one side, her partner, with whom she lived when she moved to Humboldt after leaving her doctorate. He had a garden, where as well as fruit, vegetables and flowers, he cultivated marijuana and this is where the author began to grow her own plants. The other, an Humboldt agricultor, who always encouraged her to get land and set up her own farm, after realising the state of general inequality in the cannabis industry.

The arrival of the pests

After working on several farms, when she was finally in a good financial situation and could afford some land, the real life lessons started. Stewart had always dreamt of a work system that would be respectful, agreeable and empowering for its employees. But being a women in the industry means always fearing the theft of your plants. And this meant extremely high  levels of anxiety. Then, inevitably, the pests arrived. But fortunately Stewart managed to find an organic solution for them. 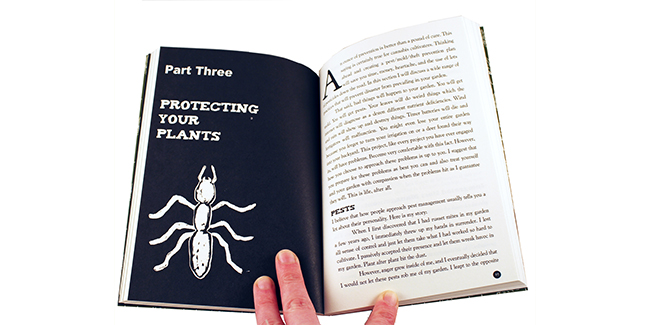 A book for women, racialized, and queer people

As a racialized women, Madrone Stewart wants this book to help other women, racialized and queer people to have a references and sources of inspiration, so they can fulfil their dreams. So her proposal is twofold, inspire people to fight for their dreams and teach them how to grow cannabis. The author is sure that by trying it, many people will become cannabis lovers: from grandmothers to doctors and chefs. This is why she defends home growing, because besides being cheap, it is fun.

Some of the chapters of the book are “Creation of a good growing atmosphere” and “Protection of your plants” and “Collecting your medicine”. It also teaches us how to make a cannabis lubricant, so that people who dare can enjoy better sex. Its pages bring us closer to the world of personal growth and our cannabis garden through a vital female perspective.

Xabier Arana Berastegui, professor of the Basque Institute of Criminology (UPV / EHU), has produced the Cannabis Regulation in Europe: Country Report Spain (The regulation of cannabis in Europe: ...