Hora Zulú, the alternative metal band from Granada formed in 2000, is the star of this new installment.

Knnb Live was presented to the international digital public a few weeks ago with the concert of Arturo Serra & José Carra Duet, who inaugurated this new space dedicated to creation and artistic expression, combining music and cannabis with their eclectic vision of contemporary jazz.

Focusing on recording a wide variety of musical styles, Knnb Live is now opting for the fusion of thrash metal, flamenco and hip-hop that Hora Zulú, a band with authentic mythical status throughout Andalusia, has championed. Despite having taken a six-year break between 2013 and 2019, their music, characterised by genuine personality, direct lyrics that are spot-on, and an overflowing energy, has accompanied their followers for more than 20 years and through 15 record references (LPs and singles).

In the video, which was recorded at FJR Estudio, Hora Zulú perform six songs selected from their extensive discography, among which are ‘Beatus Ille’ and ‘Toma y Obliga’ – well known by their multitude of fans.

In the same recording, Paco Luque, Javi Cordovilla, Aitor Velázquez and Álex Bedmar, the members of the current Hora Zulú line-up, talk with the Kannabia team about the relationship between music and cannabis use, and about the present and future of this sector which is marked by prejudices and the underground economy.

In short, this new chapter of Knnb Live with Hora Zulú gives us almost half an hour of quality music and wise reflections, both on creative freedom and the universe of cannabis culture, without losing sight of the present since it is also about of one of the first concerts (although in online format) that they’ve performed since the pandemic began.

Their next appointment with a live audience promises to be a great event, and will take place at the Industrial Copera (Granada) on Friday, 17th December.

Dive into the alternative metal of Hora Zulu with this second installment of Knnb Live in the video below. We hope you enjoy it as much as we do. 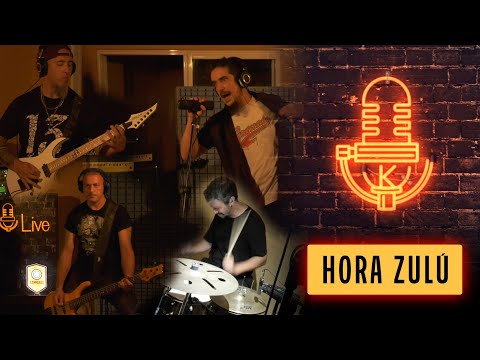 Kannabia be at IndicaSativa Trade

Kannabia will join Canapajo at the "IndicaSativa Trade" in Italy. See you at Stand 99.Kannabia Team