Olivia Newton-John is fighting the metastasis in the sacrum that doctors have detected, with a combination of traditional medicine, cannabis oil and other natural remedies, Her daughter, Chloe Lattanzi, has revealed.

Chloe also wanted to thank fans for all the support and affection given to her mother, who after overcoming the disease 25 years ago, faces cancer again.

In 1992, when the Grease star was just 43, she was diagnosed with a breast cancer. She underwent a mastectomy, was treated with chemotherapy and the breast was partially reconstructed. However, after overcoming the disease, the British actress and singer has revealed that her cancer has returned, and its metastasis stage, has affected her sacrum bone.

“Cancer is the disease of our generation and it is part of my and my mother’s quest to beat this insidious monster”, Chloe shared on Instagram. “My mother is so strong and she will win this battle at some point, all my love for you, I wish you health and happiness,” she wrote.

“I decided on my direction of therapies after consultation with my doctors and natural therapists and the medical team at my Olivia Newton-John Cancer Wellness and Research Centre in Melbourne, Australia”, Olivia wrote on her social media pages. 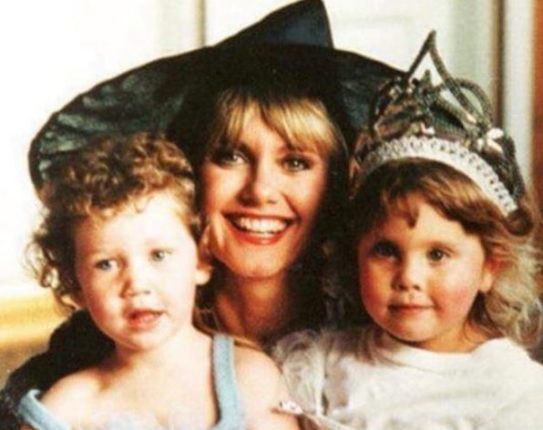 Many celebrities have stood up in favour of medicinal marijuana, in some cases, because they are managing diseases with the therapeutic properties of the plant.

Morgan Freeman, who suffers fibromyalgia, has repeatedly called for the legalization of cannabis. “I have a problem in one arm, I have fibromyalgia, it hurts and the only solution I have found for that pain has been marijuana,” says the 80-year-old actor.

Former Beatle Paul McCartney has also been a strong supporter of legalization. “I support decriminalization, because people smoke marijuana anyway, and turning them into criminals is delirious.”

And other celebrities go further: “If everyone smoked weed, the world would be a better place,” Kirsten Dunst is famously quoted as saying.

An executive order that will mass-pardon convictions for low-level marihuana possession was issued last October in Colorado, one of the first states in the US to fully decriminalize cannabis. All these ...

Our Cannabis Growing Calendar 2022 is a great guide to the best days for germinating, planting, pruning, and harvesting your plants, as well as telling you which days it´s better to stay in bed! To ...