Unfortunately, but not unexpectedly, the Senate Judiciary Committee advanced the confirmation of Jeff Sessions to be the next US Attorney General on a party line vote of 11 to 9.

There a numerous groups in the criminal justice advocacy space, ranging from the NAACP to the ACLU who are opposed Senator Sessions becoming the nation’s top law enforcement officer for various reasons, ranging from his positions on voting rights, capital punishment, and sentencing reform.

Sessions has a storied history of supporting marijuana prohibition, as NORML has well documented. This includes previously declaring that “good people do not smoke marijuana” and  supporting legislation that would have allowed defendants to receive the death penalty if they had received multiple convictions for marijuana distribution.

His confirmation by the full Senate is not certainty, but should the chamber vote along party lines as the committee has, Sessions will likely be confirmed. 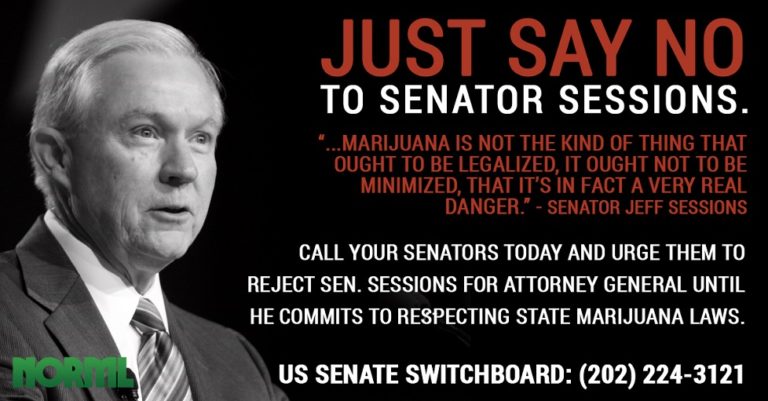 The work of NORML to protect the fragile progress that states have made on marijuana policies will be more crucial than ever and we will continue to stand up for marijuana consumers. We still have time to make our concerns about Senator Sessions known and ask our Senators to further question him on the topic when he appears for questioning on the Senate floor.

Whether he gets confirmed or not, it is imperative that we raise our voices loud at this crucial time. Our Senators need to know that not only do we have concerns over Sessions’ record on this issue, but are willing to stand up for our shared beliefs and defend our marijuana reform victories.

Dementia: a Global Epidemic We often hear of dementia as a debilitating worldwide problem of our ageing population. Dementia actually isn’t a specific disease but it describes a group of ...

The NCI (National Institute of Cancer) US has published on its website a highly positive study on the future of cannabis as an ally in the treatment of this disease. This research shows ...