The Virginia Senate and House of Representatives have approved the decriminalisation of cannabis use. Approved on February 11th, the bill does not mean that consumption has been legalised but it does mean a substantial reduction in the penalty for possession. From now on, people in possession of up to 1 ounce (28 grams) of the plant will be guilty of a misdemeanour or minor offence punishable by a fine of up to $50, versus a 30-day prison sentence and a $500 fine stipulated previously. Thus, Virginia becomes the 27th state to decriminalise cannabis use in the United States.

“This bill will not eliminate racial disparities surrounding marijuana, but it will prevent those who have committed minor crimes from being given jail sentences for simple possession while we move toward legalisation in the coming years with a framework that addresses both public security and equity in an emerging market,” said Charniele Herring. Originally from the Dominican Republic, Herring is the House Majority Leader of the Virginia House of Delegates Courts of Justice Committee, and the first African American to be elected Chair of the Democratic Party of Virginia.

“We all know, whatever our views are on this bill, that the prohibition of cannabis has failed in this country and in the Commonwealth as well,” says Adam Ebbin, Democratic Senator since January 2012 and the main advocate of the bill.

According to The Washington Post, Virginia reached the highest number of marijuana-related arrests in 20 years in 2018. According to the Virginia State Police annual crime report, the number of people arrested approached 29,000 – three times more than in 1999. The report shows that more than half of those arrested for marijuana-related crimes were under the age of 24. Published in July 2019, this data opened the debate on the decriminalisation of marijuana by Virginia Attorney General Mark Herring. He warned that about half of the people who had been charged for first time possession of marijuana between 2007 and 2016 were African American, and all this in a state where this community barely amounts to 20% of the total population. 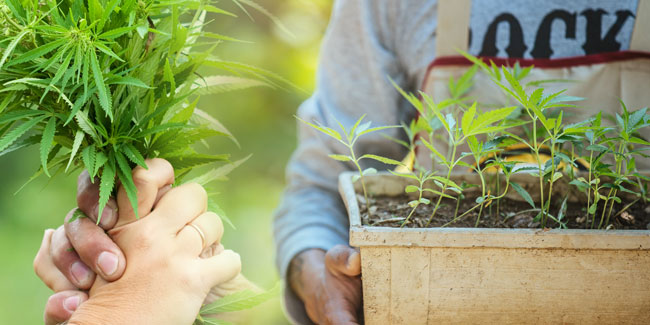 The new law also involves the legalisation of prescription CBD and THCA products. From 2015 until now, the consumption of these products was only allowed in cases of epilepsy. For decades before, the state had also regulated its use for glaucoma cases and to mitigate the side effects of chemotherapy; nevertheless, federal legislation impeded it in practice.

It is not the first time that Virginia has attempted to decriminalise marijuana use. In 2015, a bill also promoted by Adam Ebbin proposed lowering fines for possession of marijuana from $ 500 to $ 100, and eliminating the one-month jail sentence as it has been now; the Senate, however, rejected the proposal.