What does Brexit mean for cannabis users?

The United Kingdom voted to leave the European Union last year. Finally, on Wednesday Prime Minister Theresa May sent formal notice of the country’s intention to withdraw from the EU, a separation that will take two years to complete.

Britain’s top envoy to the European Union, Tim Barrow, this morning walked to the office of Donald Tusk, the president of the European Council, and handed him a letter with the official notification.

Brexit has raised doubts in international markets and questions over the future of the EU. But, how Brexit will affect cannabis users? European Union human rights laws provide strong protection as far as cannabis use is concerned. The EU does not dictate member states’ drug policies, but their normative encourages a tolerant and non-punitive approach to drug use –including cannabis-. So, when UK opened the door to leave the European Union, they were also leaving an evolving cannabis legalisation movement behind.

None of the major political parties from the United Kingdom have any plans to legalise cannabis, so it could be a long time before pro-marijuana activists can do anything to change the situation.

Some years ago, the conservative party in the Netherlands tried to ban all non-Dutch nationals from enjoying their famous coffeeshops. The measure was enacted but Brussels intervened and declared it a breach of EU equality laws.

Something similar happened in Spain when conservative politicians tried to restrict the smoking clubs to Spanish people only, but finally, backed down due to EU laws.

Here is the importance of belonging to the European Union for cannabis users. EU policies on marijuana are moving toward legalisation and decriminalisation, but in the era of Brexit, we don’t know which route the UK will follow. The Liberal Democrats are the only party in the country who officially support cannabis legalisation, and they are unlikely to become policy-makers alone.

Fortunately, legalisation in the UK has a new set of heroes – the UKCSC (UK Cannabis Social Clubs)-. This organisation has triggered the founding of over 100 cannabis clubs – one in almost every town and city of the UK – all actively campaigning for legalisation. With a membership of tens of thousands, this is a powerful force of campaigners and, importantly, voters, with the power to influence decision makers. 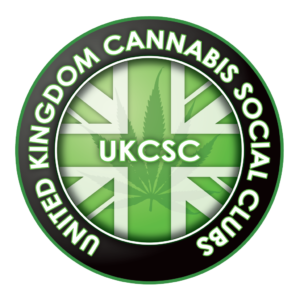 We have to wait to see what happens with the cannabis laws in United Kingdom, but at least we know we have a great force for good on our side.

Everyday, the use of the plant is becoming more accepted, seen in a better light and want it or not a part of American mainstream culture.  One example of this influence is the fact ...

Industrial hemp will be grown legally in Texas

On April 24th, HB 1325 was unanimously passed by the Texas House of Representatives. This bipartisan bill will establish a regulatory and licensing framework for the cultivation and processing of industrial hemp, as ...