Which one is the real gateway drug: Cannabis or prescription drugs?

cannabis research shows that it might be a key tool in the struggle against the opioid epidemic in the US. “There’s a big difference between that (medical marijuana) and recreational marijuana. I think that when you see something like the opioid addiction crisis blossoming in so many states around this country, the last thing we should be doing is encouraging people”. Sean Spicer, Trump’s Press Secretary explaining why federal tax dollars would be spent fighting legal marijuana for adults over the age of 21.

When the Trump Administration decided to cite the opioid epidemic in the US as a reason for not legalizing marijuana, we here at yesweskunk.com decided to delve a little deeper into the subject to see if there was any justification in such a statement.  What we found made it seems like what they said as a pure fabrication.  As serious as the prescription pain medicine/opioid crisis is, research shows that cannabis in many cases can diminish the amount of prescription drugs one has to take or to be able get people off them all together.

“In 2014 14,000 people died from an overdose of opioid prescription medicine”

Most Americans would agree that we have been carrying the world on our shoulders for the last fifty years and well it seems that all that heavy-lifting is starting to cause a bit of back pain.  Americans today consume 80% of global pain killers, more than 300 million prescriptions every year, enough for each American adult to have their own supply.  In 2014 14,000 people died from an overdose of opioid prescription medicine, half of total opioid overdoses.[1]  It’s not a surprise either that it’s a lucrative business as well, 300 million prescriptions in 2015 resulted in 24 billion dollars of sales.  With all the money at play, It’s easy to understand why these drug companies would be key supporters of the opposition to marijuana legalization, they stand to lose a lot of clients! 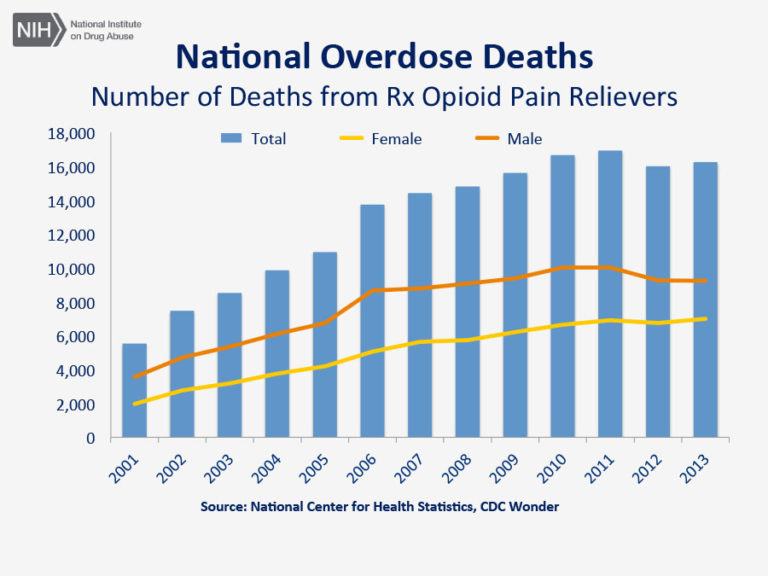 Whereas, marijuana use causes few side effects, those of prescription drugs are highly dangerous and have debilitating effects on patients.  Opioids pain killers have side effects like:  respiratory problems, breathing failure, addiction, liver failure, heart attacks, coma and if that’s not bad enough, death.  Contrast these side effects with marijuana.  If taken in smoke-less form there are few side effects, it has been used medicinally for thousands of years and no one has ever died from its use, in fact most side effects among users are caused by the fear of arrest or imprisonment.

Compounding the dangerous effects of prescription opioids, is the fact that 99% of doctors’ prescriptions were reported to exceed the recommended three-day limit.  A quarter of doctors wrote prescriptions for entire months.  It’s clear that many doctors are overprescribing these types of medications.  It is generally accepted among doctors that patients want prescriptions and if they don’t receive one they are not getting their money worth from the doctor.  The result is that the doctors themselves feel pressure to prescribe the medication.

The devastating effects of opioid pain killers and the ease with which they can be acquired have come together to create the heroin epidemic in America today.  Today, especially in states that have proportionally large prescriptions issued for opioids, there is a heroin epidemic like none seen before.  It appears that once people become dependent on the pain medication, the difficulty to continually get prescriptions filled and the fact that heroin is cheaper; makes them start using heroin.  Heroin replaces their craving for the opioid pain killer and they are hooked.  It’s a disgrace that so many lives are lost in addiction or death every year just because somebody developed a dependency on prescription pills for pain.  It’s time to seriously think about which substance is the real gateway drug?

Using the heroin epidemic to further continue prohibition in this country is exactly the kind of back-ward thinking that has continually been disproved over the last ten years.  If there is an opioid endemic in the US, because people are dependent on pain killers and then switch over to an often cheaper heroin, what could be better than offering a pain reducing, opium free pain killer?  Instead, of looking at what is happening across the US in terms of the miracles of medicinal cannabis, it seems that the Federal Government is basing its actions on DARE propaganda from the Just Say No campaign of the 80s…

What makes all this inaction and denial by the federal government seem ludicrous are the positive results of studies on how medical marijuana has been shown to reduce or eliminate entirely dependence on opioids for pain relief.  In a study published in the Hawaii Journal of Medicine and Public Health  Apr. 2014 titled “Therapeutic Benefits of Cannabis: A Patient Survey.[2]” Average reported pain relief from medical cannabis was substantial. Average pre-treatment pain on a zero to ten scale was 7.8, whereas average post-treatment pain was 2.8, giving a reported average improvement of 5 points. This translates to a 64% average relative decrease in pain.  A majority (71%) reported no adverse effects, while 6% reported a cough and/or throat irritation and 5% reported a fear of arrest. All other adverse effects were less than 5%. No serious adverse effects were reported.

“Medical cannabis replaced my need for oxycodone. Now I don’t need them at all”

Those interviewed stated that as opposed to increasing their dependence or leading them onto other drugs they were able to decrease the amount of pills or get off them together.  Those surveyed said: “Medical cannabis replaced my need for oxycodone. Now I don’t need them at all.” “I do not need Xanax anymore.” “In the last two years I have been able to drop meds for anxiety, sleep, and depression.” “I’ve cut back 18 pills on my morphine dosage.”

Another study published in 2014, highlighted these intriguing trends. Between 1999 and 2010, states that permitted medical marijuana had an average of almost 25 percent fewer opioid overdose deaths each year than states where cannabis was forbidden to prescribe.[3] For years researchers have found that in states where medical marijuana was available it reduced the amount of overdoses on prescriptions pills.  In another key study from the Clinical Journal of Pain, where they followed a group of 176 chronic pain patients in Israel over seven months and found that 44 percent of them stopped taking prescription opioids within seven months of starting medical cannabis.[4]

While these are just a couple of studies, we know from decades of research and millennia of practical use, in cultures across the globe and across history that cannabis is used to ease pain.   If Americans suffer from the overuse of opioid prescription drugs, nothing could be more important than giving people an alternative to the risk and danger that come from assuming these substances.  It would do authorities in the government good to wake up, overcome their prejudices and give people a solution that doesn’t potentially devastate your life and your family just because of a sports injury or chronic pain.  Due to federal restrictions, it is very difficult to preform large scale studies for the use of cannabis as a pain reliever and replacement for opioids.  So, it is still unknown what might be the therapeutic use that can be derived from the plant.  Now, that some states have legalized medicinal cannabis, we can only hope that new studies shed more light on the use of marijuana as a opioid substitute and prove that it is indeed a panacea to a myriad of ailments from PTSD, MS and Crohn’s disease.  The few studies made in the last thirty years provide just a glimpse into what the possibilities of this might be.  It’s an exciting time for medicine as it seems that we are sitting on a treasure chest of breakthroughs and healing that will further justify the de-criminalization of cannabis.

If you consume marijuana, you may have experienced unexpected effects that have played a dirty trick on you. Perhaps that has led you to wonder if you are overusing cannabis and if ...