Twenty years ago, the hemp industry in Poland did not even crawl. At the moment, it is one of the most developing countries in Central Europe, and the prospects for the near future are promising. The hemp business in the country on the Vistula River has recently started to flourish and, in fact, some legal conditions are its only limitation. Even if some of the regulations have changed in favour of this sector in the past few years. This article details the current situation of the Polish hemp industry, the cannabis seed market, and the legal medical cannabis sector.

Poland has a really rich hemp cultivation tradition. Its roots date back to the times before World War II. In Vilnius (Lithuania now) there was a Linen and Hemp Central Station (LHCS), which examined hemp in every possible way. The LHCS in Vilnius also cultivated its flagship variety, based on Polish strains, which was suitable for industrial purposes.

Obviously, it was impossible to continue the research and production during the war and immediately after. On the one hand, this was due to the fact that Poland lost Vilnius, and on the other, to the research on cannabis was too important for the two totalitarian systems (Third Reich and USSR) that occupied Poland, and they did not allow its development.

After World War II, there was no research on cannabis but its cultivation remained for many years to come. It is worth noting that in the past, hemp did not arise such negative emotions as it does today. It was associated with textiles rather than drug addiction. 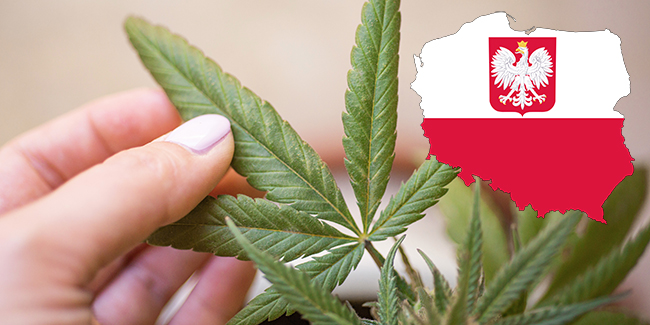 In the 1990’s, the hemp market in Poland collapsed because of the introduction of synthetic substitutes for natural fibres rather than cultivation restrictions resulting from the content of psychoactive substances.

A new hope in the new millennium

While in the years 1993–2016, the area of hemp crops increased by four times in Western Europe countries, in Poland the development of this industry began to revive and develop rapidly, but in the early 2000’s. That was the year when the first hemp companies were established, which encouraged farmers from the country to grow these plants, made them aware of the traditions of fathers and grandparents, and even trained representatives of the agricultural sector.

There are more and more companies that produce and offer CBD oils, as well as health-promoting products such as hemp flour, pastes and even alcohol products. Several of them have achieved successes on a European and global scale.

All this because of the passion for hemp, the cleanest and most ecological crops in the country and the enormity of organic work, as well as thorough scientific research commissioned by Polish producers of hemp products.

Polish CBD that conquered the world

HemPoland is one of the leading Polish processors and producers of CBD oil under the CannabiGold brand. The company was founded six years ago in Elbląg by Maciej Kowalski, and quickly achieved business success on a global scale. Two years ago, the Canadian tycoon – The Green Organic Dutchman Holdings – bought 100 percent of its shares for a total of 100 million PLN.

However, the company’s beginnings were based on Kowalski’s 15 years of experience. HemPoland is one of the first private companies on the Vistula to obtain a state license for the cultivation and processing of hemp. It started its cooperation with the Elbląg Technology Park.

It was a key cooperation due to a professional, world-class analytical laboratory located in the ETP. This allowed the development of the highest quality product and obtaining a competitive advantage based on quality and innovation.

Success of scientists from Poznań in the USA

At the end of the last year, a long-term scientific and research cooperation agreement between the Institute of Natural Fibres and Herb Plants in Poznań, and the American research units was signed. All this thanks to three varieties of hemp (Bialobrzeska, Tygra, Beniko) developed at the Poznań institute.

Bialobrzeska, Tygra, Beniko successfully passed the seed certification process in the US Colorado Department of Agriculture. The hemp from the Poznań institute proved to be unrivalled and outclassed other varieties submitted for the program in terms of quality. Currently, the largest sowing area of fibre hemp from Poland is being created in the state of Colorado.

The American interest in the development, cultivation and use of Polish hemp is propelled by the desire of the American agriculture to rebuild this branch of the economy based on cooperation with European research units.

The Institute of Natural Fibres and Herb Plants received the award of the Polish Minister of Agriculture and Rural Development for creating high quality industrial hemp varieties, i.e. Białobrzeska, Tygra and Henola.

Now, the Ministry of Agriculture wants to tone down the sanctions related to the cultivation of hemp by reducing the burdens and administrative restrictions concerning hemp cultivation and purchase. It is also related to the directions of development, penalisation of producers cultivating hemp varieties authorized for cultivation in Poland, and the definition of fibre hemp.

What is more, the Ministry of Agriculture intends to propose the introduction of the Community Catalogue of Agricultural hemp varieties with a content of up to 1% THC in the entire European Union. The Ministry explains that EU regulations in the scope of seeds do not make the entry of cannabis varieties into national registers dependent on THC content. Provisions on direct payments make the subsidies dependent on the THC content of less than 0.2% in dry matter.

In Poland, you can purchase medical cannabis with a prescription. This became possible thanks to statutory regulations of 2017, which opened the way to legal circulation in Poland.

Admittedly, doctors were given the right to write prescriptions for medical marijuana in July 2017, but it was available in pharmacies from 1 November 2017. As it turned out, intricate regulations made most pharmaceutical companies unable to comply with the requirements of Polish regulations and hemp-containing products did not appear immediately in pharmacies.

The downside is the greater demand for medical marijuana than the supply. This is due to the fact that drug deliveries to Polish pharmacies come from other countries only – producers from Canada and Germany. What is the effect? Patients often complain about the lack of access to medical marijuana.

The Wolne Konopie Initiative planned for spring 2020 did not start because of the COVID-19 pandemic. Government restrictions, such as ban on gatherings and meetings in the face of the threat of infection, prevented the free collection of signatures under the petition. As a result, Polish activists decided to postpone the planned action to 2021.

Unfortunately, the right to possess even the smallest amount of marijuana in Poland is associated with severe criminal sanctions – up to 3 years in prison. Although, such cases usually end with suspended sentences. In turn, the possession of greater amounts and cultivation of cannabis can end up with 10 years of imprisonment.

Regardless of strict regulations on the possession of cannabis in Poland, the marijuana seed sale market has been functioning for years. Both are fully legal here, and their rich offer is available in many competing online and stationary stores. The growing competition in this industry has translated into cyclical industry fairs, such as Kanaba Fest – the fifth edition of the fair will take place on 3-4 October 2020 in Cracow.

In Poland, both the sale and possession of cannabis seeds is legal, whereas it is illegal to cultivate them. At the moment, most of the seeds on the market come from producers from the Netherlands and Spain.

Summing up, the cannabis business in Poland has grown at an impressive pace over the past two decades. At the moment, it is blooming and it will continue to do so after the introduction of marijuana regulations for recreational purposes. Perhaps this will happen faster than expected thanks to the activists from Wolne Konopie. 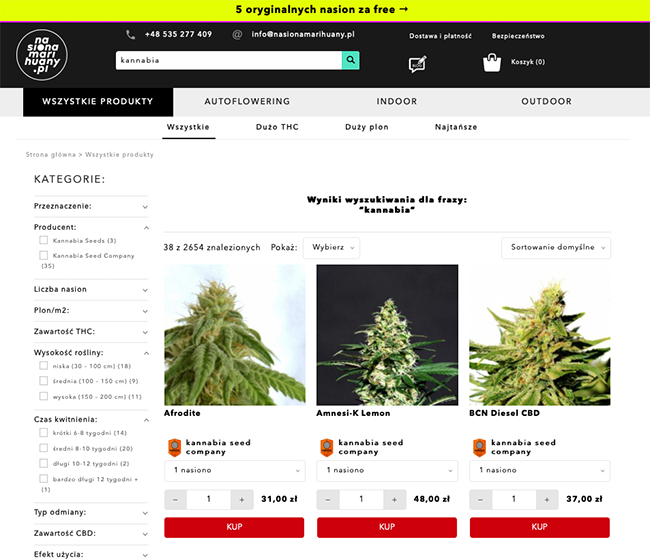 Starting today, Kannabia is beginning a series of live concerts broadcast by Knnb Live with a first collaboration: Arturo Serra & José Carra Duet, a live performance to kick off a new virtual space ...