When we write Durban Poison, perhaps the first thing that comes to mind is the pure sativa, with its distinctive smell and short flowering time, originating from Durban, the coastal city in South Africa. However, it is also the name of a beer that comes from the same country and is made with hemp instead of hops giving it that characteristic cannabis flavour.

It has been four years (2015) that Durban Poison beer has been on the market, but it has not until recently that its sales have skyrocketed. The reason is becomes clear when we realise that it is directly linked to the legalization of the private use of cannabis in South Africa, breaking news from last September 2018. 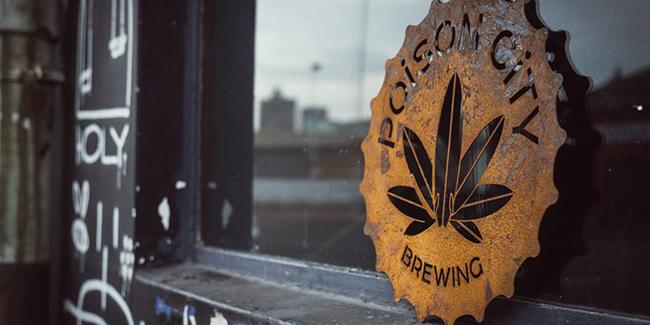 Until then, this African country had a specific law that prohibited the private consumption of the plant. Everything changed when the Constitutional Court, located in Johannesburg, declared this, and another law prohibiting the cultivation of marijuana at home, as unconstitutional and, therefore, void. A ruling that went down in history, although it did not change the fact that the consumption of cannabis in South Africa in public places is still totally prohibited.

With this situation in mind, the South African beer company Poison City Brewing knew that the best way to start an enterprise in the cannabis market in South Africa was with a brewing company. One of the most outstanding characteristics of Durban Poison beer is that it has no psychoactive effects, since it is made from hemp.

Only the star ingredient of this barley or wheat drink, the hops, which actually belong to the same family as cannabis, Cannabaceae or cannabáceas, have been changed. It is amazing how they closely they resemble each other in appearance and, apparently also in the structure of their molecules, in addition to being similar in taste and smell due to the terpenes they contain.

Durban Poison Cannabis Lager comes in 350 ml and is sold in some liquor stores. It is the first beer in South Africa infused with “dagga”, a term commonly used for cannabis in this country. According to those responsible for the brand, it is a beer that is perfect for drinking in a summer climate, as it has a light body and is very easy to drink.

Durban Poison Cannabis Lager does not contain tetrahydrocannabinol (THC) and therefore has no psychoactive effects. But it is not alcohol-free, containing 4%. What makes the difference is its distinctive flavor, due to the hemp oils it is made of. So, the palate will enjoy a very distinctive dagga flavour.

“This easy-drinking, soft and refreshing beer has an alcohol content of 4%, and drinkers can expect a bit of bitterness and a pleasant crunchy taste that creates a slightly sweet and cheerful finish,” we read on their website of the manufacturer, the South African brewing company, Poison City Brewing. 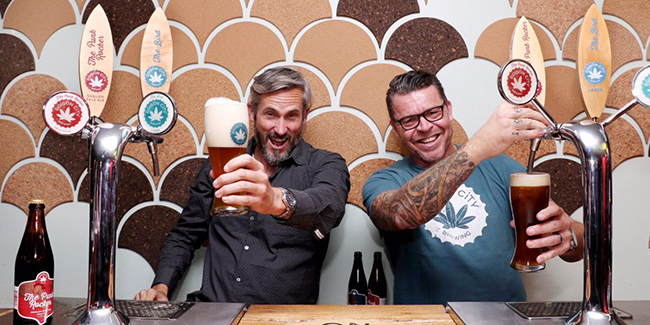 “An American lager with a light body, easy to drink, crispy and refreshing with a slightly spicy flavour, but clean and balanced”, is described on its website by its manufacturer, the South African brewing company, Poison City Brewing.

“While this Durban Poison offering is not going to get you very high (it doesn’t contain THC), it will make you happy with its unique flavour and easy drinking vibes.” We have simply replaced some of the hops with hemp, a related plant that tastes similar, but also has that feel-good factor for which Durban is famous.”

Affordable for all pockets and accessible, if you live in South Africa

This dagga-infused beer is affordable for all budgets, costing just 18 South African rands,equivalent to 1.16 euros. For now it can be purchased at Tops at Spar liquor stores in the cities of Gauteng and KwaZulu-Natal and according to Poison City Brewing will be available soon in Cape Town and the rest of the country.