The United Nations Commission on Narcotic Drugs (CND) has finally recognized the medicinal value of cannabis. On December 2, the decision was taken by a simple majority in a vote that took place in Vienna and in which representatives of 53 member States participated. This resolution is seen as “historic” by the Confederation of Cannabis Associations and many different pro-cannabis organizations and other human rights groups.

The question of the recognition of the medicinal properties of cannabis arises in 2018 following a series of recommendations made by the World Health Organization (WHO). The WHO had already acknowledged, at the 38th meeting of the Expert Committee on Drug Dependence, the medical applications of cannabis and cannabinoids and the significant increase in its consumption in recent years, due in part to the new range of cannabis-derived pharmaceutical products offered on the market, while the plant has not been well studied yet. 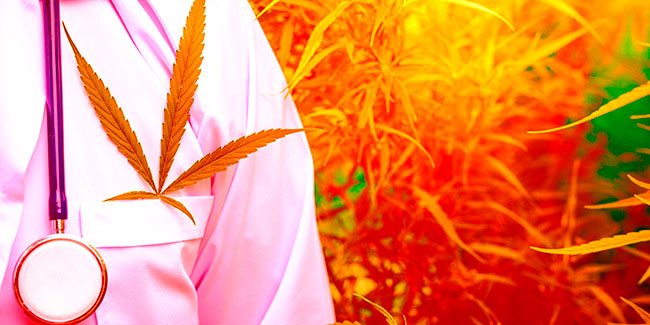 Thanks to this measure, cannabis has been removed from Schedule IV of the Single Convention on Narcotic Drugs, where it had been placed since 1961. This list includes substances classified as toxic and particularly harmful to human health, such as heroin. This change in the classification is a first step towards the legitimization of cannabis use and the promotion of research and development in this field.

This change in the classification of cannabis will allow each country to develop a national regulation on medical use of cannabis. At the present time, around twenty member states have regulated on the subject matter and a total of 27 states, out of the 53 that participated in the voting, have supported these reforms. Most of the countries that have supported this proposal are European, including Spain. Hungary, ruled by the radical right-wing party, Fidesz, was the only European nation to reject the change in this classification. Ukraine, for its part, abstained.

The proposal met with the strong rejection of Russia, China, Japan, Turkey, Brazil, Cuba or Algeria. This latter country voted against despite the fact that cannabis has been widely utilized in traditional medicine since the 12th century. “If on December 2, the Algerian government confirms this total opposition to the WHO recommendations, the conclusion that will go down in history is that this traditional plant in the Algerian pharmacopoeia has been better defended by the French settlers than by the Algerian ‘democratic and popular ‘ Republic”, declared, in an article published last November on the French online journal Mediapart, Farid Ghehiouèche, co-founder of the organization Cannabis sans frontiers, and Kenzi Riboulet-Zemouli, director of FAAAT (For Alternative Approaches to Addiction) think & do tank and co-author, with Michael Krawitz, of a website that monitored in real time the entire voting process at the United Nations.

The removal of cannabis from Schedule IV of Narcotic Drugs was not the only measure recommended by the WHO and brought up for vote at the UN, but it was actually the only one approved. The World Health Organization made a total of four recommendations on different cannabis-based compounds. In addition to the removal from Schedule IV, the organization also recommended to include pharmaceutical preparations containing delta-9-THC in Schedule III of the 1961 Convention, which includes substances that are intended for medical use and are unlikely to be abused and therefore not subject to control, such as preparations containing less than 2.5% codeine or less than 0.1% cocaine. In the end, this change was not adopted since it was rejected by 27 of the 53 countries participating in the vote, including the United States and Mexico. The same number of countries also banned the transfer in the narcotic drugs classification of cannabis extracts and tinctures, and only four said yes to the removal from the Convention of products containing predominantly CBD and not more than 0.2% THC, while this cannabinoid should not be under the international drug-control system.

Did you know that the size of the pot limits plant growth?

When choosing the different items necessary to obtain a small crop, you should take into account some elements that are sometimes not given as much importance as they require. One of these elements are ...

The 5 Most Common Mistakes When Cultivating Marijuana from Seeds

Cannabis is a plant species that grows in all latitudes and its cultivation is quite simple as long as you take into account some essential factors, particularly if you are looking to obtain the ...