“The first time Larry tried medical cannabis, the effects were nothing short of amazing”

Larry Smith, who suffers from Parkinson’s, felt that his health was declining and he wanted to do one big thing before it was too late: a bike ride across South Dakota. His wife, Betty, and Larry started going to the gym three times a week. When their niece Katie heard about the adventure, she pulled together a team to create the documentary film: “Ride with Larry”.

We talked with Betty Smith and the “Ride with Larry” team.  They told us about the documentary and the experience Larry had with medical cannabis.

YWS – How did the idea of making the documentary come about?

Team – Larry and Betty are actually Katie, our producer´s, Uncle and Aunt. Larry had been wanting to do a ride across the continental United States and it was Katie and her husband, Ricardo (our co-director) who thought it might be interesting to document the journey.  The ride inevitably got smaller because of Larry’s health.  However, before that happened, Ricardo brought the idea to me, (Andrew) a fellow filmmaker.  At the time Ricardo had no idea that my Father and Grandfather also had Parkinson’s so I immediately said yes.  That summer we took a road trip from California to South Dakota to see how Larry and Betty would take the cameras and the story just clicked.  They were so inspiring and the town so supportive, we came back to CA with our footage, cut a trailer… and the that winter raised the funds on Kickstarter.

YWS – We know a lot about Larry, but, who is behind the documentary “Ride with Larry”?

Katie and Ricardo are a husband and wife team that do social media marketing and had made prior documentary about the history of Los Angeles as told through one of the founding families.  Andrew and Matt are brothers who have their own mental health educational media company.  Prior to that, Matt used to work in acquisitions at First Look Studios in LA. Andrew went to film school at NYU and had been working on several prior documentaries and screenwriting.

Working with Larry was as inspiring behind the scenes as it was for people that view the film.  Plus, you were always well fed with Larry’s baking.  Obviously there were challenges with Larry’s health and sometimes it was difficult to draw the line between passive observer and filmmaker and wanting to help and intervene.  But all of us involved in this film have seen Parkinson’s personally affect those we love, in our families, thus we always had a sense of purpose, passion, and drive to tell this story.

YWS – Please, tell us how our readers can get involved.

Well, first and foremost is to help spread the word and sharing the film with people you know that have Parkinson’s or even any life changing illness.  Larry’s message is universal.  We included a lot of other helpful information in the film for people that may be struggling with Parkinson’s.  The medical marijuana component was hugely important and most people don’t have access to that information, so just spreading the awareness is so helpful.  And being there for patients, supporting families and those diagnosed is key.

Finally, we are donating a portion of the funds raised from sales and rental of the film to Parkinson’s research.  So we ask that everyone rent the film or purchase the film -also in Spanish– and send it to other people to do the same.  It’s a very reasonable price and every bit makes a difference.

YWS- In recent weeks Larry has become famous in Spain. We have followed your Youtube Channel and we know that he is a fighter. Which conventional treatments has he tried to relieve the symptoms of Parkinson’s?

Betty Smith – Larry takes the standard Parkinson’s medication, carbidopa levodopa every two hours. Unfortunately, it becomes less effective over time and has a side effect called dyskinesia, which is excess motion. The only medication that works for dyskinesia is morphine which Larry does not want to take.

YWS – Why did he decide to try medical cannabis? Did a medical professional recommend it, or was it your own initiative?

Larry decided to try medical cannabis after hearing about its effectiveness from a friend with Parkinson’s. At that point, the dyskinesia was preventing him from living a normal life.

YWS – How was his first experience with medical cannabis? In one of his videos we can see a fast and very dramatic effect.

The first time Larry tried medical cannabis, the effects were nothing short of amazing. He took few drops of a CBD concentrate under his tongue and a few minutes later the dyskinesia disappeared.

YWS – Sport has also been very beneficial to him. How has it helped?

Exercise is the most important medicine for people with Parkinson’s. Cycling stimulates the production of brain-derived neurotrophic factor (BDNF), a substance that stimulates the growth of new brain cells. Larry goes to the gym 3 to 5 times a week and cycles on a stationary bike all year. When the weather is fine, he enjoys getting out on his three- wheel recumbent trike. He has now had Parkinson’s for over 25 years and is still able to walk, talk, and enjoy life.

YWS – He has biked across your state to raise awareness about the benefits of recumbent cycling and Parkinson. Do you think that he can motivate other patients?

Our cycling trip across South Dakota allowed us to meet with many Parkinson’s groups. We brought with us an adjustable Catrike that everyone tried. The cycling shops tell us that sales increased after we came through. Since that time, we’ve been invited to speak at many events. We always try to arrange trike tryouts. To see someone’s face who can’t walk actually be able to ride away on a trike is inspirational. People tell us it changes their lives.

YWS – What is his current treatment plan?

Larry continues to take carbidopa lecadopa but exercise is the most potent medicine he takes. South Dakota aggressively enforces federal marijuana laws, so there are no dispensaries in the state. Parkinson’s patients need high CBD, low THC cannabis, so street grade drugs are not helpful. Since I retired, we live in California for half of the year where the local dispensary is skilled at producing this type of marijuana extract.

YWS – You live in South Dakota. What are the laws on cannabis in this state?

We love South Dakota but lack of medical cannabis has made us consider leaving for good.

YWS – Many people, including politicians and scientists from around the world are opposed to the legalization of medical cannabis. What would you say to them?

Politicians need to understand that medical cannabis is very different from street grade cannabis and special expertise is required to produce it. For patients with Parkinson’s, cancer, epilepsy and many other medical conditions, cannabis is far more effective with fewer side effects than other drugs. 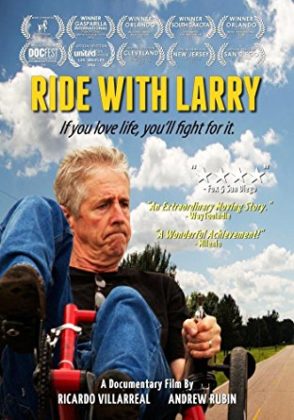 Ventilation needs for a home grow

When talking about ventilation needs for a home grow, We are mainly concerned with the needs of air in marijuana seeds indoor cultivation, because naturally outdoors the air circulates freely and there are ...

2016 has been a monumental year for cannabis. If the recent election results from the United States are any indication – cannabis prohibition is being dismantled at its core. One in five Americans now lives ...