“If we are not able to imagine anything different, it will not happen.” Interview with SEX, El Niño de las Pinturas.

Federico Garcia Lorca, Carlos Cano, Paco de Lucia, Enrique Morente … key figures of the Andalusian culture that SEX, El Niño de las Pinturas, has brought to the streets of his native Granada, to the rest of Spain and to the whole world. Nevertheless, Raul Ruiz (his real name) admits that he also likes to paint anonymous people who deserve to be a point of reference, such as the shopkeeper or the neighbour who lives on your street. “The world is dark, illuminate your part.” In each of his pieces there is always a message that shakes you and makes you think. 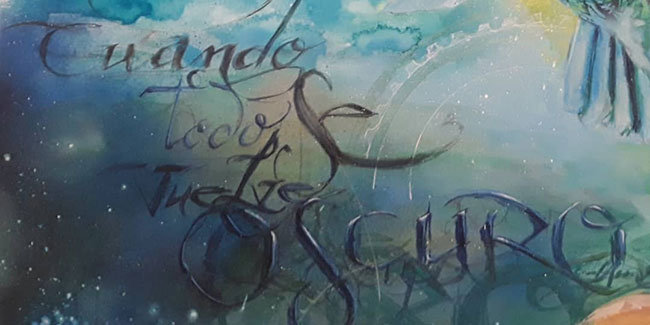 Is the world lacking consciousness? We think so. This is why there is a type of art such as the work of El Niño de las Pinturas which arrives in neighbourhoods with a transformative intention that is so appreciated. “There are some people who have communication tools and who use them and are alive with them. This tells me that it is a society that will endure, that will go forward,” he acknowledges in an interview with Ignacio Linares for System Boys, referring to spray paint as his work tool.

Laura Rueda: You have created two exclusive t-shirt designs for Kannabia and they are very different from each other. Can you tell us what you wanted to convey with each one, the story of your collaboration with Kannabia?

El niño de las pinturas: The variety of designs has been thanks to the faith that Kannabia has placed in my work.  I have been a fan of the product and close to the company for a long time.

L.R.: Although you are recognised nationally and internationally, Granada is a living museum of your work. What has this city meant for you in terms of your artistic development? Does Granada still inspire you?

ENP: Granada is the city in which I grew up and where I currently live, a very enriching place in almost every way. Although my work has been very well-received by the people of Granada, the City Council has removed much of it despite sometimes using it as a reference. 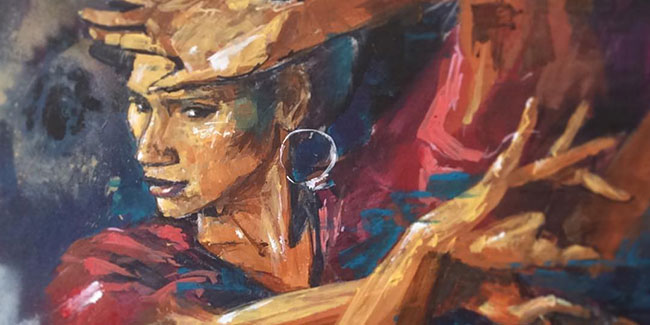 L.R.: You believe in humanist art, which establishes ties with the community which it lives in. This is how you have been described in the special programme that Metropolís dedicated to you.  What do you think your paintings bring to the neighbourhoods where they are found?

ENP: In principle, I try to bring colour to the grey places that our cities generate. And in a more intimate and subtle way, I try to make people feel represented, to find each other on the wall. The work isn’t finished until someone looks at it and completes it.

L.R.: El Greco, Akira, Arabic calligraphy … these are just some of your references.  How have your sources of inspiration evolved from when you began to the present day? Where is the art of El Niño de las Pinturas headed?

ENP: I’m still very interested in calligraphy and, at long last, I’ve been able to make cartoons thanks to new technologies. El Greco’s work continues to give me clues as does that of Velazquez or Dali. The masters continue to whisper paths between strokes. These days, I am focusing more on studio work, very distinctive to what I have brought to the street for many years.  Research behind closed doors gives me new tools to paint outside. 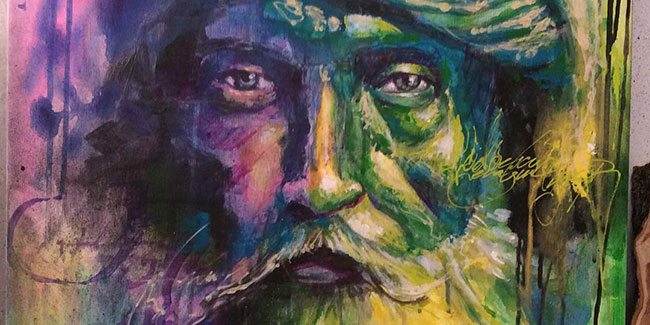 L.R.: In addition to the images, there is always a message written in the form of a little poem or a short refrain that leaves the person who walks by and looks at it thinking.  Do you think the world is missing positive, constructive messages? Do you like to transmit messages with your art?

ENP: I think we have a fairly catastrophic near future and all cultural elements do not stop reminding us of it.   If we’re unable to imagine anything different, it won’t happen. Shaping that possibility in which humanity takes a step forward is the only thing that will allow us to succeed and, as far as possible, I try to contribute something with my work.

L.R.: You have taken Lorca to New York, Paco de Lucia to the Almanjayar neighbourhood in Granada, and Morente to his Granada. For you, besides graffiti culture,  there are other important artistic disciplines such as music. Speaking of these three great artists, do you think the world is missing references? Is it important that our points of reference are present in the cities?

ENP: I have painted famous people, actors, dancers, clowns, philosophers, scientists, poets … I like to praise people who believe in what they do, authentic people. In that sense, I have also painted shop assistants, neighbours and, in general, those who are loved in their neighbourhoods, who deserve to be references for others but, in a system like the one we have to endure, this does not usually happen. 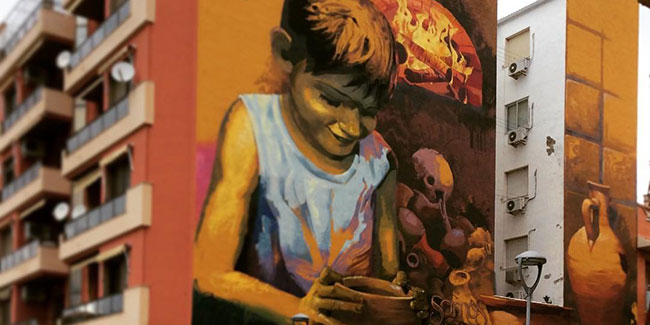 L.R.: You have been asked a lot about ephemeral art. Do you think that there is currently more respect for street art?  Is art exhibited in museums still considered the most valuable?

ENP: I think that street art is beginning to occupy the space it deserves in the world. Art on controllable support will always be more valuable in our system for the simple reason that it is easier to deal in it.

L.R.: Where do you see yourself in 10 years? Do you dream of exploring other artistic disciplines?

ENP: Well, hopefully, I see myself in my neighbourhood, painting in the studio, going out on the street at times, alone and with mates… The exploration of other disciplines stopped being a dream: I have understood the importance of researching and trying all the possible tricks around us for a long time. 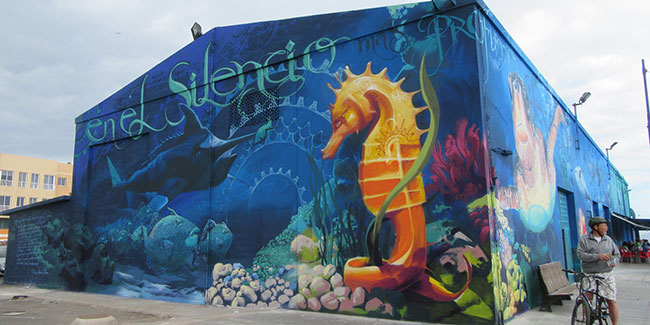 L.R.: What’s your position regarding the legalisation of cannabis?

ENP: The legalisation of cannabis is a very important issue for Spain and, especially, for Granada and Andalusia. In other countries like Switzerland, we can already buy CBD in tobacconists. I hope it is only a matter of time before this situation is regularised in our country.

Tom Hanks has taken an important step in his career as an activist by partnering with Heather Pyces, a student at Cornell University, to investigate the benefits of cannabidiol ...

A new study conducted by the Klagenfurt Hospital in Austria shows that treatments containing cannabidiol can help in the speedy recovery of severe COVID-19 patients. According to the researchers of this ...