First of all, we would like to know something more about you. How did your relationship with the cannabis start?Besides a “journalist and an editor focusing on cannabis issues”, do you consider yourself also an activist since you work along with Legalizace NGO?

I first tried cannabis when I was sixteen, but it was low quality stuff and I didn’t feel anything. A few months later, my friend got hold of something better and I had a pretty strong paranoia for a while, but the overall experience was really positive. Since then, I have been using cannabis regularly, but the main reason changed over the years from “I want to simply enjoy myself and have fun” to “I use it as medicine”, because I suffer from tinnitus and have issues with abdominal pain and a lack of appetite.

Apart from being cannabis focused journalist and translator, I am also an active member of two main activist organizations in the Czech Republic – NGO Legalizace.cz, which fights for a full scale legalization, and KOPAC, which is a cannabis patient association fighting for the rights of patients to use this medicine. And in my writing, I keep trying to present arguments for legalization and show the reader how beneficial cannabis can be. So yes, I consider myself an activist, too.

In Czech Republic hemp growing is regulated. What do you think about the regulation? Is it possible to grow any strain and any number of plants? Is the possession of permission for growing mandatory? How many hectares of land are actually cultivated with hemp in Czech Republic?

If we are talking about hemp (i.e. cannabis with less than 0.3% THC), it is legal here to grow as many acres as you want, provided you have certified seeds and undergo regular check-ups from state institutions (police, customs, and agriculture and food inspectors). When you grow certified hemp seeds on less than 100 square meters, you don’t have to actually report anything to the authorities.

In 2016, there were around 650 hectares of hemp sown, which is about three times more than two or three years ago, but I believe it could and should be much, much more. 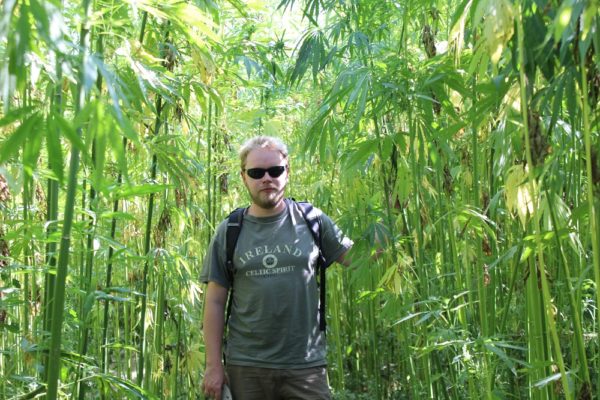 You wrote an interesting article on the traditional use of cannabis and hemp for the preparation of cosmetics. What other uses does the national industry of hemp do of the hemp grown in Czech?

There are dozens of Czech producers and manufactures offering a wide range of products from pure CBD isolate or CBD oils, to various teas, syrups, flour, biscuits, etc. (even ice creams), to hempcrete (hemp infused concrete used in building industry), clothes and shoes. The list could go on and on – I can only recommend visiting Prague’s Cannafest in November, where you could see, touch and taste hundreds of Czech-made hemp products.

Medical use in Czech Republic is legal for some diseases. Which diseases are we talking about?

The originally approved list had been very short, but it was extended last year, so it now covers these indications: chronic and other types of serious pain (neuropathic, caused by glaucoma, etc.), spasms and tremors in MS and Parkinson patients and other serious neurological issues, nausea and vomiting related to cancer treatment or AIDS, Tourette syndrome and dermatitis.

If prescribed by a doctor, it’s possible to get cannabis for medical use. In other countries, where the medical use is permitted, it might be difficult to find doctors that easily prescribe it. How is the reaction of doctors in Czech? Is it easy to find doctor that prescribe it or there are still prejudices against it?

Well, the Czech medical cannabis law has many flaws and it actually doesn’t work at the moment. One of the issues is, as you mention, the lack of doctors who prescribe it. Be it their unwillingness to work with an herb, a lack of education in this area or a very complicated (and unnecessary) system of electronic prescription – there are currently only about 20 doctors registered in the program (for the country of 10 million people). However, there are medical professionals who are trying to change that and who keep organizing educational seminars for doctors interested in cannabis, or medical cannabis conferences (one will take place in Prague in late October).

Yet, the biggest hurdle preventing patients from accessing this medicine is the inability of state authorities (namely State Institute for Drug Control) to create a functional system with licensed domestic growers, who would supply the pharmacies with medically standardized cannabis for affordable price. The State Institute keeps calling for tenders under absurd conditions that discourage any potential growers – there have already been two tenders with zero bidders. This lead to the situation when there has been no Czech medical cannabis in pharmacies since February, and it doesn’t look it could change any time soon. 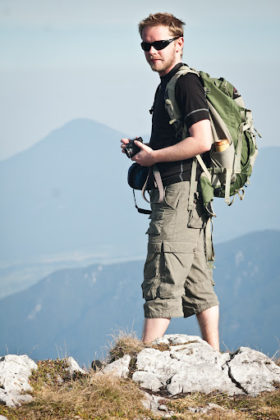 Medical cannabis is imported from Holland. How much does a gram costs to the patients? Is home growing permitted for medical use?

Yes, because there is no Czech cannabis, we have to import expensive Dutch stuff again. The final price for patients is around 350 CZK (€13–14) for one gram of dried bud, making it totally inaccessible for 99% of potential patients who may benefit from this medicine. Most of these people are very sick and have to survive on disability pension, which is around €300 per month. Let’s say they need 1 gram per day (which is an estimated average amount for one patient) – it means they would spend more than their whole monthly income just on cannabis, because – and that’s another major problem – medical insurance companies do not cover it at all.

Home growing is not permitted, although in my opinion it should be, because the government has obviously failed to provide medical cannabis to eligible patients. There are thousands of them in Czech Republic, however only less than two hundred patients are registered in the program – the rest keeps growing (and healing themselves) at home illegally. I think the best option for patients is to start suing the state in order to allow them to grow their own; just like Canadian patients who had to fight for this right in court and who eventually won.

In your articles you pointed out that in Czech Republic the consumption of cannabis, if not legal, is still well tolerated. We would like to know something more about cannabis  associative movements. Is there a movement as in other European countries? Can you tell us more about it?

Czechs have generally no issues with cannabis, it’s been grown here for centuries and this tradition has actually never stopped in the countryside – in every village there are people growing a few plants in their backyard along with other herbs and vegetables. And there are pubs and bars known for cannabis smell almost in almost every town. It’s similar to gay rights: Czechs seem to be pretty liberal in terms of what one does – provided it doesn’t cause harm to others. Another reason why cannabis is so popular here is the fact that the vast majority of people thinks it’s “basically” legal, although this is not true at all.

The growing of up to five plants and possession of less than 10 grams of dried buds may be decriminalized, but there are hefty fines for this type of offense (up to €550), and once you harvest even one little plant, it’s no longer considered an offense, but crime. Still, as I said, most people don’t know these facts and keep saying “it’s basically” legal, therefore they don’t see any reason to support any activist movement whose aim is to legalize. Our NGO Legalizace.cz is thus trying to open eyes of as many people as possible and persuade them to support our goal, which is at the moment legalization of growing and possession of cannabis for personal use.

We have started a petition in November 2016 demanding this, and once it reaches 10 000 signatures, the Lower House of Czech Parliament will have to debate it. There are no other legalization movements (nor officially existing cannabis clubs as in some parts of Spain) here.

And last but not least: indica o sativa?

To be honest, I prefer mixing various strains and I also think that it’s pretty hard to come across 100% sativa or 100% indica, because it’s all hybrids these days. Maybe it’s time to move beyond sativa / indica distinction and instead choose a more scientific approach: talk about differences in terms of THC, CBD and other cannabinoids content, the presence of various terpens, etc.

A touching documentary about Poles treating themselves illegally with Cannabis: a new weapon against prohibitionists. Polish drug laws are one of the harshest and most repressive in Europe, but they cannot stop people from spreading and ...