In Spain, social demands and activism in support of cannabis legalization dates back some thirty years. Already at that time, pioneering organizations in the defense of cannabis users and the promotion of the study of this plant called for the decriminalization of marijuana consumption and home cultivation, as was the case with the ARSEC, or Asociación Ramón Santos de Estudios sobre el Cannabis. This initial work spreading social awareness, as well as the strong activism and mobilization of these movements, set the basis for the creation of the so-called ‘cannabis social clubs’, and ultimately resulted in the approval and recognition from local authorities.

Now, thirty years later, we are witnessing major changes and key advances taking place in this regard in a number of countries. For instance, in the United States and Mexico, there have been important legislative developments towards achieving legalization; also Paraguay, Colombia or Jamaica are now closer to a full decriminalization. There is no doubt that the current international context is favorable to the pursuit of the objective of legalizing cannabis in Spain, and recent regularization initiatives are clear and strong signs in this direction. 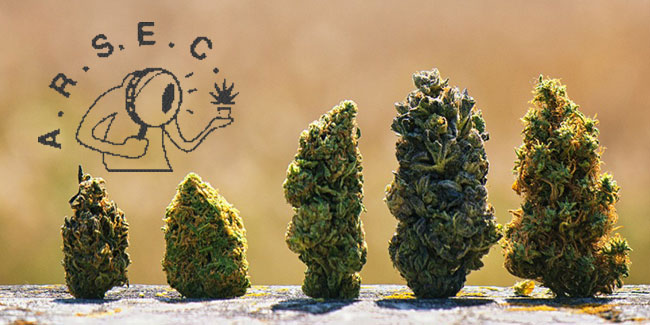 Some political organizations, such as far-left Unidas Podemos (UP), are betting on the success of a bill for a comprehensive regulation of cannabis and aims to bring the proposal before the Spanish Congress by the second half of the legislature, without ruling out the possibility of including modifications that will ensure the support of others parliamentary groups, such as the Basque Nationalist Party (PNV), which considers that any eventual regulation needs to have mainly a health focus and approach, or the Liberals from Ciudadanos or the Catalan Nationalists from Junts per Cat, who support the regulation of medical marijuana excluding cannabis for recreational purposes. Nevertheless, the PNV is committed to listening to the different agents involved in order to provide an adequate response to the specific claims related to therapeutic cannabis, without losing sight of the legal, scientific, and even technical challenges and constrains that may arise when implementing these initiatives. The Socialist-led (PSOE) minority government acknowledges that despite the fact no legislative provisions or regulatory reforms were initially contemplated in the government program, they recognize this matter becomes a political priority today.

For the UP party, a comprehensive regulation is needed, a broader approach shared with the Catalan Nationalist Republican Party (ERC). They propose measures to implement a government-controlled licensing system and create authorized points of sale, as well as a specific regulation for home cultivation. According to the drafts until now presented by the working groups, licenses will be granted only for production, distribution and sale of cannabis, but not for personal consumption, in a similar way to how it works in Canada. In Uruguay, for example, there is a national user registration system. Punitive civil sanctions are also contemplated in the event of unlawful sale to minors from the accredited points of sale, and non-compliance with the new laws and regulations will result in immediate withdrawals of licenses. The proposed new regulations will also include prevention and information risk management programs. According to environmentalist party Más Madrid, the only data that could possibly support the continuation of prohibitionist policies are those related to collection of fines and penalties. Based on this information, this newly proposed model would maintain legal access to cannabis to adults and would benefit both consumers and the industry.

Meanwhile, the OECCC (European Observatory for Cannabis Consumption and Cultivation) has warned that Spain has not consulted citizens about the development of a national cannabis policy in order to define a concrete position on the opening of international markets to the production of medical cannabis. This same information has been requested by the INCB (United Nations International Narcotics Control Board) from different countries, which ensures full compliance with the international drug control conventions. This inquiry coincides with the recent publication, by the Spanish Ministry of Agriculture, of an information note on the cultivation of hemp that calls for the prohibition of the commercialization of parts of this plant, such as flowers, including derivatives, such as seeds or oils, as they are still classified as a narcotic (regardless of whether it has been legally produced) and which contradicts, however, the 2018 European Court of Justice ruling on the prohibition of marketing of CBD, which requires national courts to provide available scientific data in order to make sure that the real risk to public health alleged to extend a prohibition are not based on purely hypothetical considerations.