The AEMPS (Spanish Agency of Medicines and Health Products), a state agency which reports to the Ministry of Health, has recently granted its fourth license to produce cannabis for medical and scientific purposes to Medalchemy, a pharmaceutical company located in the southeastern city of Alicante that is part of the Emmac Life Sciences Group, based in Great Britain. Although the use of CBD is not regulated nor allowed in Spain, the cultivation of medical cannabis will now get a secured approval from the authorities thanks to the license received but all this production will have to be destined for export to countries where national legislation allows its commercialization.

This new authorization request was approved after an inspection of the company was performed and the certificate of compliance with Good Manufacturing Practices (“GMP”) was issued, and it allows this company to grow and produce cannabis sativa and its derivatives for medical and therapeutic purposes.

After obtaining the corresponding license, Medalchemy will be able to start the processing of medicinal cannabis and manufacturing of derivatives as long as the distribution of these products is carried out in countries where national legislation allows for this. In Spain, it is not possible at the moment since the only existing regulations on cannabis, and still in force, were passed in times of Franco dictatorship regime and both the consumption and trade remains illegal.

This is the first license for the production of medicinal cannabis that has been granted to a company since the new coalition government between the socialist PSOE and the far-left Podemos party runs the country. Despite the fact that Podemos leader, Pablo Iglesias, was preparing a bill to definitely address the issue of legalizing cannabis, including for recreational use, during the previous term, this new legislature, and now that he has become second Vice President, no initiatives in this regard had been taken so far. In Spain, this plant is used by thousands of people to treat various diseases and conditions and many cannabis users’ groups have been demanding a regularization to prevent them from having to resort to the black market which provides a minimum guarantee of quality. 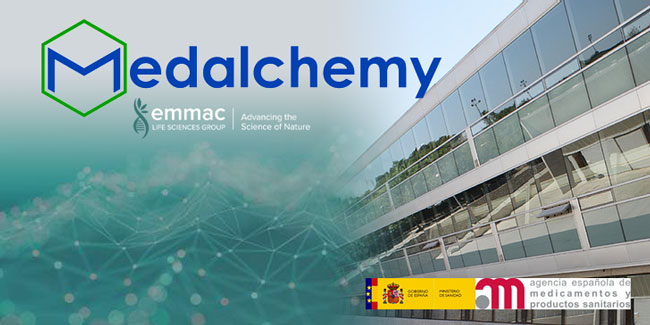 Legal and health professionals have levelled many criticisms about some of the stages of the licensing process since production licenses are made public only when they have been assigned and both the requirements to be met in order to be granted or refused and the specific evaluation criteria applied to determine eligibility remain confidential. Likewise, the reasons why other applicants are denied are unknown and the type of seed that will be allowed to be grown hasn’t been not been specified. This opacity, in the context of a global speculative bubble in cannabis production, has been denounced a corruption promoter. In addition, it is reported that this process favors large companies over small growers.

Currently, there are four companies fully authorized in Spain that can legally produce and manufacture cannabis products for medical uses but another six hold cultivation licenses for research purposes. Between 2018 and 2019, 44 applications were received by the AEMPS but most of these were denied.

Multiple cities in UK celebrating 420! Where will you be?

Well…that time of year is fast approaching and it’s not long before the cannabis crusaders come out en mass and converge for some of the biggest smoke ups in ...

Which are the best nutrients for marijuana seeds?

Nutrients are the compounds that the plant absorbs in order to build its tissues and perform the metabolic activities necessary for its survival. Carbon, oxygen and hydrogen are assimilated by air and water. The ...