cannabis has been integrated into our collective culture for hundreds of years and, at this point, we can say that it is part of our DNA. But, apparently, it also seems to be part of the DNA of many cartoon characters that represent us in fiction. The following examples are portrayals of cannabis lovers who can be easily recognised, especially if you start analysing how they behave throughout the episodes.

Over the years, the writers of animated series have found ways to subtly portray cannabis users within the characters of their creations. Some have done a fantastic job finding creative ways to include characters who use marijuana in their series without falling into the typical ‘stoner’ stereotype. For obvious reasons, these characters have never been explicitly shown smoking cannabis, but you could certainly tell that they radiated 100% ‘cannabis lover energy’. Furthermore, thanks to the advances in legalisation, and where cartoon series are impeccably aligned with the normalisation of the plant, the animated marijuana user has gone from being a secondary character to directly having the leading role.

Beyond well-known classics such as Shaggy from Scooby-Doo, Garfield the cat, or Popeye and his cans of ‘spinach’, here are some examples of modern cartoon characters that we like to assume participate in the pleasure of smoking cannabis. We’d also like to suggest some strains that we think would help them achieve that joyful bliss.

Patrick is portrayed as a simple, affable, and affectionate character who spends most of his time eating and sleeping. And when he’s not doing that, he likes to make senseless observations about the world around him. He’d be the perfect friend to get high with whilst doing trivial things. And when it’s time to go to bed, you could both mumble a lot of nonsense until you fall asleep.

What strain does Patrick smoke? Patrick seems like a user who loves full-spectrum, high-THC cannabis varieties. We bet he’s got big bags of Kritikal-K tucked away somewhere under the big brown rock that he calls home!

2- Otto Mann from The Simpsons

Otto is the bus driver for Springfield Elementary School. He always shows a conciliatory attitude that is fully aligned with the youth. One of Otto’s favourite scenes has to be when he comes out of a restaurant known as ‘Stoner’s Pot Palace’, muttering that the whole concept was misleading advertising. Do you need any more proof of his love for marijuana?

What strain does Otto smoke? We bet he only smokes top-notch weed, possibly in concentrate format and by means of ‘dabbing’. Dream Sherbet, for instance, is an indica that is strongly recommended to help fight the high levels of stress that you must surely get from having to deal with so many noisy school children!

This is another cartoon series that doesn’t need to be subtle when dealing with cannabis. It’s no secret that Brian, the family dog, loves smoking weed. He is occasionally seen with a bag of marijuana or stoned whilst smoking a bong on the living room couch. In fact, he was given a full episode called ‘420’ that focuses on him after having been arrested for drug possession. He then launches a campaign to legalise cannabis.

What strain does Brian smoke? He probably goes for super powerful North American strains which make him ramble away and lead him to dizzying and long-lasting relaxation. A good example would be Dosidos.

4- Richard Watterson from The Amazing World of Gumball

Richard portrays the stereotype of the traditional stoner, but this time in the form of a father of three. The creators of this character were inspired by a certain cannabis user, embodied by Richard in the series: he eats everything, sleeps anywhere at any time, loves weed, and, above all, loves his family. Undoubtedly, cannabis-using parents will see a little of themselves in Richard Watterson.

What strain does Richard smoke? Richard seems like the type of dad who would have a little Karibbean Mango to help him stay prepared for the long days of fatherhood.

5- Beavis and Butthead from Beavis & Butthead

We can’t imagine these two saying no to a joint. Their series was based on them sitting on the couch, laughing at anything and everything, and doing extravagant things that most sober people wouldn’t do. Plus they loved eating junk food. There are even some censored Beavis & Butthead episodes that show kids getting high with oven fumes and trying to become drug dealers.

What strain do Beavis and Butthead smoke? Amnesi-K Lemon could easily be among the favourite varieties of this peculiar couple. You can imagine them smoking this strain and laughing away on the couch all day long.

Marceline, the Vampire Queen, emanates the great creative vibes of cannabis: she’s outgoing and likes to make many jokes. She’s also immortal (she’s 1003 years old) so she had a lot of contact with the plant before weed was demonised. If you listen to her pronunciation, you will easily understand everything.

What strain does Marceline smoke? Super OG Kush, a variety especially known for its potency, but which leads to a very deep and relaxing effect that doesn’t hinder creativity and energy.

Listening carefully to Grandpa Phil’s conversations will reveal what a big smoker he was. The old man makes several statements throughout the series pointing out how much he loved cannabis. Something tells us that he joined a hippie group when he was young, as he always mentions that he lost quite a few brain cells at that stage of his life.

What strain does Grandpa Phil smoke? He’s got to be a fan of purple kush, a perfect strain for people of his age, which delivers a delicious high that explodes in your mind and then takes you to a relaxing and peaceful state.

It is hard to argue that Towelie didn’t smoke weed when the only two things we really know about him is that he doesn’t like to be called ’towel’ and that he loves getting high. In one episode, in fact, he gets scolded by Cartman for not remembering a code: “You just don’t have long-term memory because you get high all the time”, he says.

What strain does Towelie smoke? Sativa Dream, a powerful strain with high THC levels that delivers a long-lasting effect that will surely prevent him from asking questions about the real meaning of his textile existence.

Born in the 1980s, Philip J. Fry lived in New York City, where he belonged to a breakdance group and delivered pizzas with his bike. He also had a dog. All of this points to the fact that this character was created in-vitro on a Murano glass bong.

What strain does Fry smoke? He probably uses cannabis to unlock his creativity, so probably THCV, a variety that’s perfect to keep absolute control of everything without giving up on that happy, relaxing feeling.

Everything in this series is like a sort of feverish dream, but the Ed, Edd, and Eddy trio are definitely stoners from head to toe. They’re a little distracted and careless, and they always seem to be getting into trouble. You can already imagine how their friendship was forged during those long nights smoking together.

What strain do they smoke? Gelato-K, an ideal strain to share with friends and laugh at life. This cannabis plant is powerful and produces an awakening of euphoria and overwhelming joy. There’s no doubt that this Kannabia variety is the one for them. 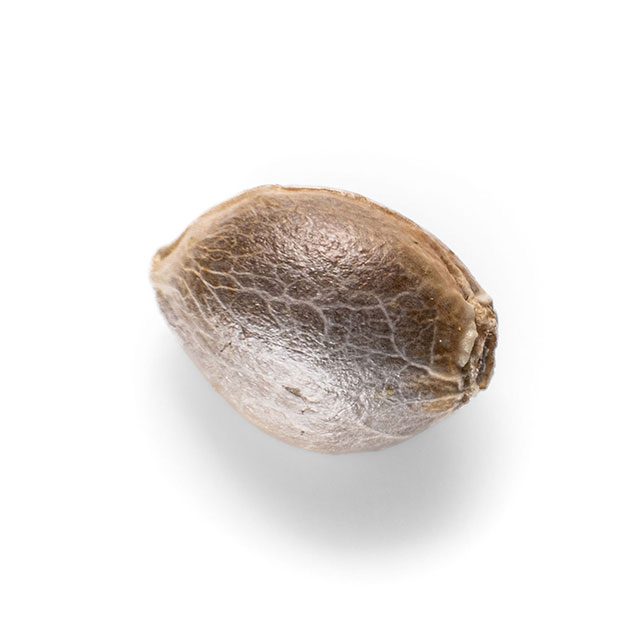 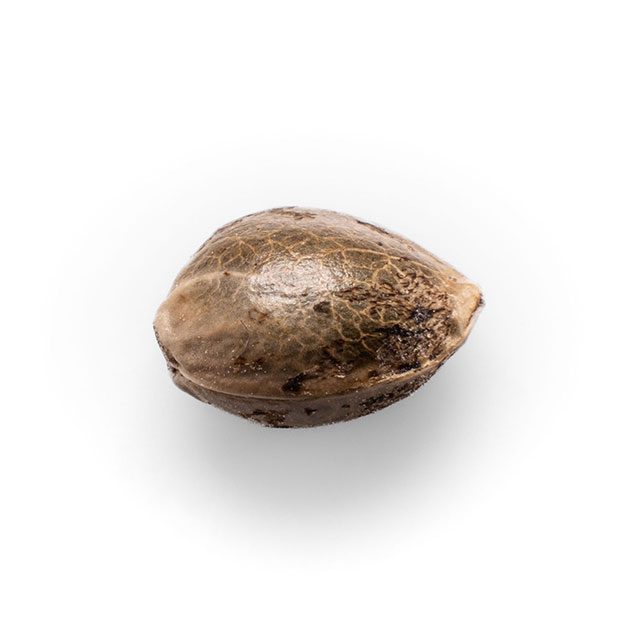 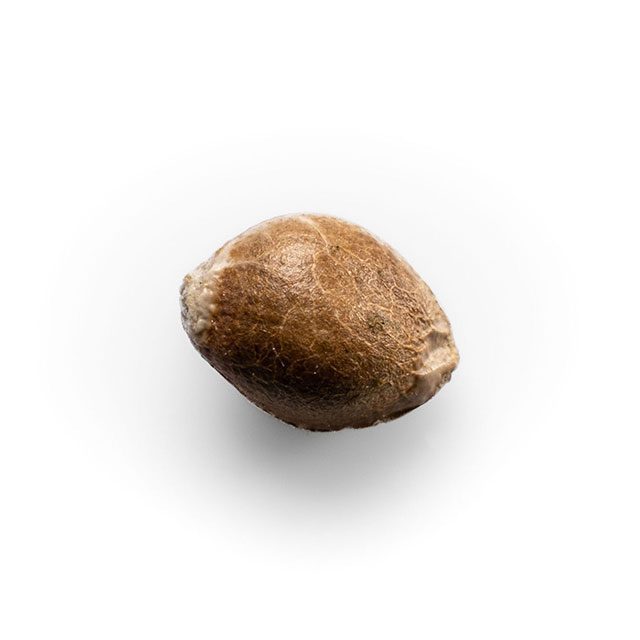 10 films to have a laugh while… you know what

How about a “cosy-comfy-spring” plan for the weekend? On World Laughter Day, Kannabia wants to offer you an unbeatable plan. If you feel like enjoying your couch, a film and a blanket, here are ...