When a group of retail investors decides, on the popular social media Reddit, to make a mass investment that caused the price of GameStop’s shares to rise, Wall Street was shaken. What the trading community users called a “class war” against big hedge funds made Melvil Capital vulture fund to lose more than 6,000 million dollars at the end of January for betting against the video game retailer chain.

The ‘game’ started on Reddit’s popular WallStreetBets online forum. And this company wouldn’t be the only target. The forum community, which has recently grown from 2.9 million ‘traders’ to more than 9.1 million, continues to set new goals and users now shift their strategy towards the cannabis sector.

According to several global finance websites, such as Business Insider, the WallStreetBets forum could be behind the rise in the price of shares of Tilray, a Canadian pharmaceutical and cannabis company that was the first to export medical cannabis to the United States in 2018 and that, on that same year, signed an agreement with Sandoz, Novartis’s food brand, to start marketing medical cannabis products on a global scale. In December 2020, Tilray took over in a complicated merger Aphria, one of the top three Canadian cannabis companies, along with Aurora Cannabis and Canopy Growth. This is, according to Business Insider, the reason Tilray targeted the Reddit forum. The price of the company shares skyrocketed from just $ 18 on February 2nd to $ 63 on the 10th of the same month. A big price rise that was followed by a big drop, on a roller-coaster ride, to settle at around $ 30 the following week.

On the night of February 9, one of the forum users posted a screenshot of his Robinhood Markets account, a financial services company, to show he had made half a million dollars in Aphira and Tilray shares since January 5. His post, with 12,000 ‘likes’, reached to the top page of the forum.

Other cannabis giants that have seen their shares rise, as a result of Reddit’s boost, are Canopy Growth, whose shares went from $ 32 on January 25th to a peak of $ 54 on February 10th, just to drop shortly thereafter down to $ 40; or Sundial Growers, a small-scale Canadian company, whose shares jumped from $ 0.56 to $ 3. Aurora Cannabis also saw its shares rise, from $ 10 to about $ 19 between January 25th and February 10th, before falling sin a matter of hours down to $ 13. 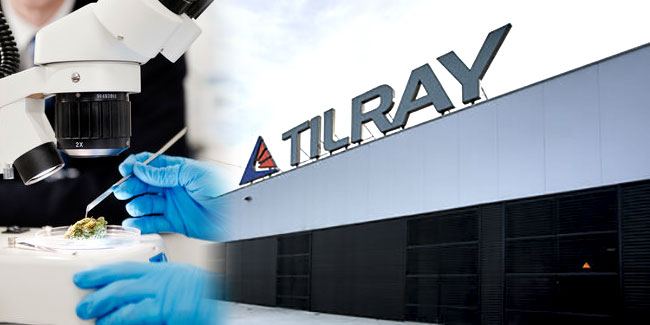 The Reddit forum’s interest for the cannabis sector was not the result of a reaction call, as in the case of GameStop, to beat a hedge fund playing low against a company. The reason behind is the bet on the expected cannabis decriminalization in the US under the Biden administration in the next coming months. If passed, the new legal framework will facilitate the marketing and commercialization of medicinal cannabis throughout the country. Although the position of the new US president towards cannabis is not as clear as former candidate’s, Bernie Sanders, who promised legalization on his first day in office, the strong Democratic majority obtained in the Senate will facilitate the final approval of the MORE Act that would end prohibition.

Although the impact of Reddit’s actions on the cannabis sector is still moderate, we see repeating patterns of influence and growth in other sectors. For instance, the online platform could afford the luxury of a five-second commercial during the SuperBowl, which claims to be the most expensive advertising slot on TV at 5.5 million dollars for 30 seconds of airtime. As the Reddit ad itself claimed, the price supposed to spend the entire annual company budget for marketing. “Who knows, you may be the reason finance textbooks have to add a new chapter on ‘trends’,” the ad states. “Powerful things happen when people rally around something they really care about. And there’s a place for that. It’s called Reddit”.

Better Than the Sun: Growing With LEDs

The BEST Way To Grow! By: Jennawae McLean There was a time when a super-hot HPS light was the only option for indoor growers. Who isn’t familiar with the bright yellow glow and warmth of a ...

Cannafest: Prague in the center of cannabis sector

The city of Prague, one of the more romantic capitals of Europe, welcomes from today Friday 11 to Sunday 13 of November Cannafest Expo, one of the most reputable fairs in the ...