Cannabis, protagonist of the Congress of Deputies

On October 18th, cannabis was the topic of discussion in the Congress of Deputies. In a historic day, which lasted five hours, activists, patients, users and experts from the medical, legal and economic world took part. All of them gave solid arguments in favour of an urgent legalization in a forum organized by Podemos, to debate the integral regulation of the plant and its derivatives. Because, as was much repeated, “the question is not whether cannabis is regulated or not, but who will be the next to do it.”

Modification of the law

Just one day before the celebration of this forum, on October 17, Canada joined the list of countries to finally approve the law that will regulate the uses of cannabis in an integral manner. Although Uruguay, the United States, Germany and Colombia had already done so, Canada additionally became the first country of the G-7 to do so.

The day was called “towards the comprehensive regulation of cannabis” and began with a few words by the general secretary of Podemos, Pablo Iglesias, who opened the event together with Mae de la Concha, deputy of UP-ECP-EM and Txema Guijarro, secretary general of the UP-ECP-EM Parliamentary Group. The atmosphere of the Ernest Lluch room was euphoric, and all the viewers who followed the streaming could see it. You could hear phrases like, “in Madrid, in Congress and talking about cannabis”, pronounced by the spokeswoman of the Mixed Commission for the Study of the Problem of Drugs by UP-ECP-EM, Kontxi Palencia.

Much ground already covered with the clubs

“I see a great opportunity for Spain, to pursue another model and be more careful within the capitalist system than the US. With the cannabis clubs, it already has more infrastructure in place for legalization than other countries.” 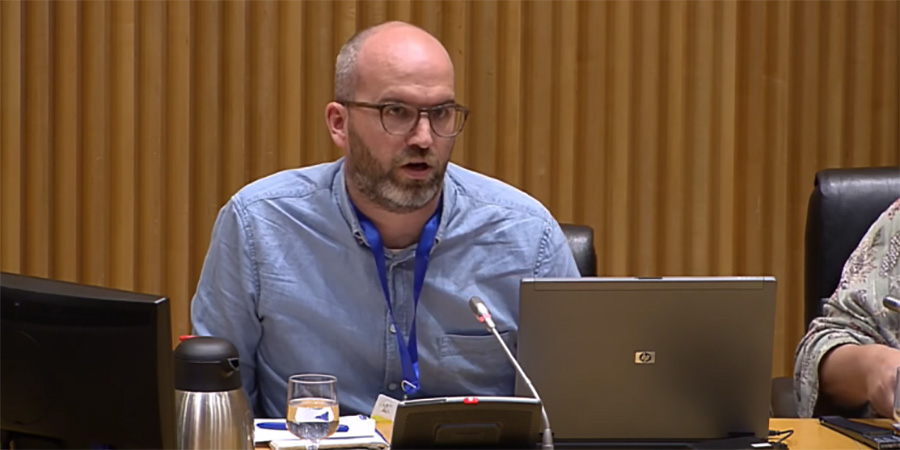 “The first thing I’m going to say, and this I did not say 10 years ago, is that treaties are important, but less and less so. Cannabis does not violate treaties, but fulfills the primary purpose of conventions.” The round table was closed by Constanza Sánchez, director of political laws and human rights of the ICEERS Foundation, who reviewed the way in which debates on drugs are going at the international level.

Plenty of reasons to legalize

The second table was entitled “A scientific approach”. In it spoke Manuel Guzmán, whose research focuses on the mechanism of action and therapeutic properties of cannabinoids, especially on the nervous system.

“Today we have good evidence of the use of cannabis and its derivatives in therapy, both in terms of effectiveness and side effects. Therefore, there are many reasons in 2018 to advocate for the regulation of medicinal cannabis.” 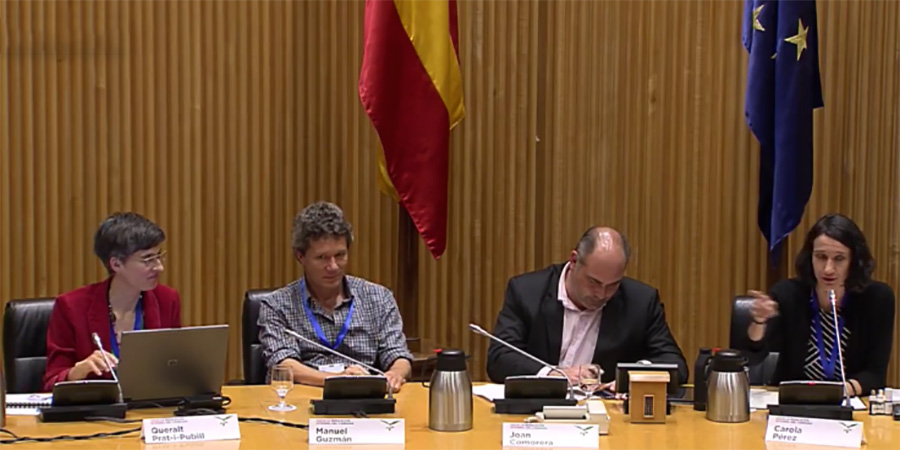 Patients have a right to dignity

Queralt Prat-i-Pubill, representative of the Union of Patients for the Regulation of Cannabis (UPRC) explained with a table the places where it is possible to get CBD and THC today and the limitations of each one.

“For the therapeutic cannabis user, none of these work. We need regulation. “ 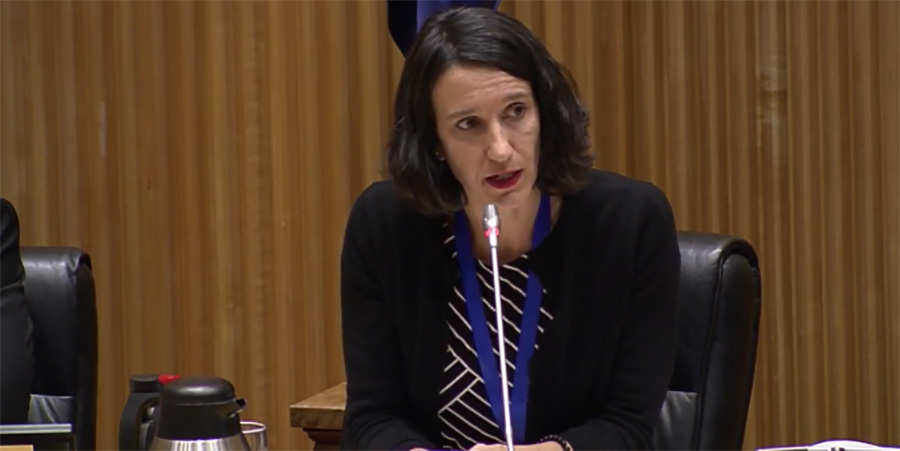 For her part, Carola Pérez, president of the Spanish Observatory of Medicinal Cannabis and founder of the association Dosemociones, presented her personal history and the situation for people with chronic pain or illness in our country.

“More than 120,000 patients are using cannabis in quite a stressful legal uncertainty. When all treatments have failed, the patient has the right to dignity.”

Not encouraging the black market

The last table, called “Productive model and economic impact” focused on the economic and legal effects that can be derived from cannabis regulation. For them, the participants took as reference examples that are already underway, such as those in Canada or the United States.

Iván Ayala, responsible for a study on the economic impact of regulation, began the debate,

“It is important to take into account two things when regulating the associated taxes: on the one hand we want to reduce the negative externalities produced by non-regulation and on the other hand that the tax must be low enough so as not to encourage turning to the black market.”

The importance of the cannabis associations

Patricia Amiguet, president of the Federation of Cannabis Associations of Catalonia (CatFAC) and founder and component of the Motor Group of REMA (State Network of Anti Prohibitionist Women on drugs) explained what the associations can contribute to the economic part of regulation.

“The associations have provided regular and safe access to cannabis; truthful information about the substance; and destigmatization of the users. Hence, the associations are educating on cannabis and its effects “ 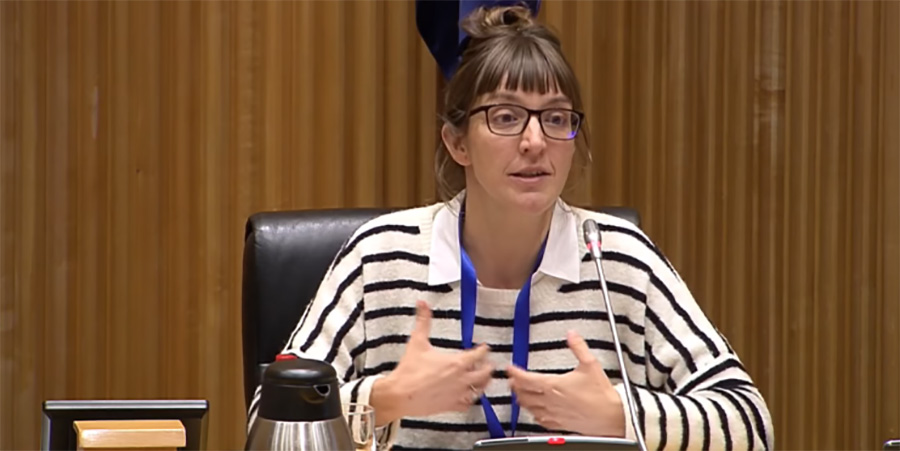 The cannabis model of Podemos

Following the Canadian model, Podemos advocates an integral, recreational and therapeutic regulation. For this, it is committed to self-cultivation, cooperativism and small and medium-sized farms to “avoid the monopolies and oligopolies of large companies and encourage the economic dynamism that produces social wealth”. In this way, the State would be responsible for assigning licenses for planting, production and sale.

Although the parliamentary group has not specified what would be done with the taxes collected, everything indicates that they would follow countries like the USA where new schools have been built and money invested in research, medicinal use and public health.There is still a lot of work to be done until the initiative they will register in Congress to legalize cannabis at the beginning of 2019 can elaborated. What seems clear is that Spanish society is prepared for regulation, since in 2014 research carried out by the Foundation of Help against Drug Addiction (FAD) and financed by the National Drug Plan showed that 52% of the population would be in favour of decriminalization.