In Yes We Skunk, we like to get to know a little better the people that make up the cannabis community. That’s why today we want to introduce you to Michka Seeliger-Chatelain, better known as the “Grande Dame” of Cannabis. The French activist is also a writer, editor and a muse of this industry. Actually, Sensi Seeds, the first established seed bank in the market, has given her name to one of its sativa varieties: Michka. 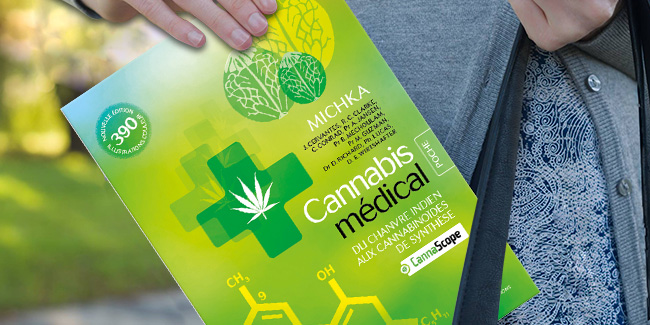 Forty years ago, in 1978, Michka wrote her first book, Medical Cannabis. Ever since, the title has continued to sell, becoming a resounding best seller with more than 47,000 copies sold. In her day, Seeliger-Chatelain worked hand in hand with the best international experts to find answers to a series of questions related to cannabinoids and its properties. Professor Mechoulam, who discovered THC in 1964, is one of the voices we can learn about in this work.

Manuel Guzmán, a Spanish doctor who studies the properties that cannabis may have to help fight against cancer cells, the botanist Robert Connell Clarke and the grower Jorge Cervantes are also participating in this book. This 320-page work has a clear and humorous style which in addition to 420 illustrations in full color, includes growing tips and an overview of the current worldwide legal status of the plant. Also, every edition is updated yearly with a directory, called Cannascope, which is included at the end of the book. This listing includes the best contacts and websites of marijuana professionals in Europe, as well as the dates for the main trade shows and festivals. 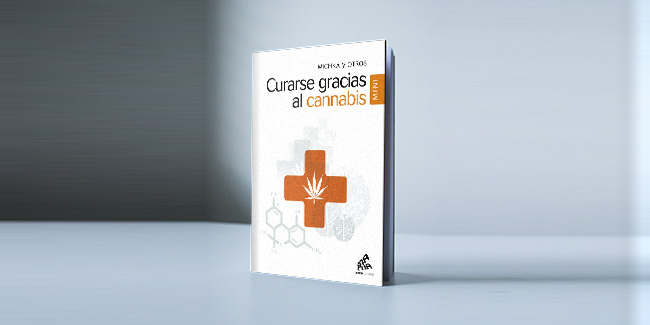 Muse of a strain for Sensi Seeds

Michka Seeliger-Chatelain is known in the cannabis world for being a constant activist and also an icon for the movement. Sensi Seeds has dedicated a variety of sativa seeds to her, honoring the work of the French as a writer and an activist in the last 40 years. This is not the first time that the Dutch seed bank dedicates a strain to people who have stood out as brave pioneers in this sector. This is why Howard Marks, Jack Herer and Ed Rosenthal already have their own. The special thing about “La Grande Dame” of cannabis is that she has been the first woman to have a strain named in her honor.

But how is Michka, the variety that bears the name of the activist? The Frenchwoman has always said that she “hates the weed that clouds your spirit”. Taking this into account, Sensi Seeds has developed a citrusy sativa that sparks creativity, with a clean and stimulating effect. Michka herself has stated that it is “an excellent herb for writers (maybe its Haze ancestry activates verbal expression)”. The new strain was presented on November 10, 2017 at Cannafest, which is held every year in Prague. In addition to the presentation of the novelty, a commemorative event in honor of the “Great Lady of Cannabis” was held. 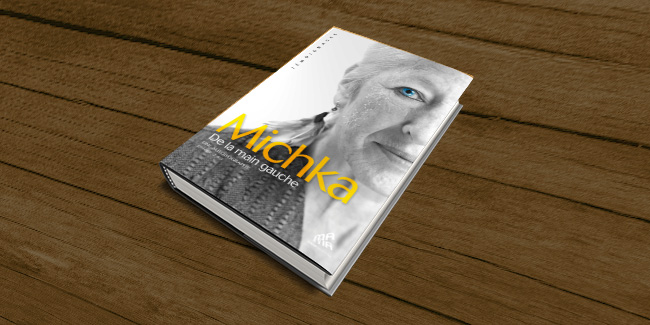 “Free access to plants is a birthright of all living creatures”. This is among the greatest quotes de la Grande Dame. In this line, when she was asked by Mama Editions, the editorial that publishes all her books, about her ideal of legalization, she stated: “there should be no regulation for the same reason there are no laws regulating access to tomatoes. Everyone can buy them, eat them, sell them and do whatever they want with them”.

From the same author and also published by Mama Editions, you can find Healing with cannabis, a work with the participation of international cannabis experts who answer the most frequently asked questions about the uses of this magic plant: what diseases and symptoms can cannabis cure or relieve?; how does the body absorb it?; what are the perspective medical attributes of THC and CBD ?; what is the current state of the scientific research in this field?; what cannabis-derived medicines are available today?; should we prioritize natural products or synthetic cannabinoids?; how should medical marijuana be grown?; in what are legislations worldwide different?

The best way to learn about the cult figure the Lady has become may however be the reading of her three-part autobiography entitled “The left hand”. Within its pages, la Grande Dameshares, without taboos, her experiences with drugs and sex. The advocate also reports more than seventy years of travelling adventures: as an avid navigator who sailed various oceans with a boat restored with her own hands; as a courageous mother who gave birth in the wild forest of Canada; as a fascinating researcher on the sources of healing. The result is a timeless autobiography, rich in teachings, with a bold captivating style and a strong feminist perspective.

For the fifth consecutive year, Medical Cannabis Bike Tour organises a ride of 420 km to bike through some of the most beautiful spots in Europe. The objective is to fund research and trials ...

Kannabia team prepares this week to cross to the other side of the pond, nothing more and nothing less than to Canada. We will fly to attend Lift ...