Even when states have legalized or normalized medical marijuana this doesn’t mean that it’s a quick fix.  People still can’t find access to the drug and find themselves having to risk legal trouble or even jail to find a treatment.   There are the difficulties of shipping products across state lines because of federal interference.  In certain states there is a significant difference in how doctors can give cannabis to their patients. While in Colorado doctors are allowed to “recommend” cannabis, in other states it has to be prescribed which brings legal repercussions for the doctors who risk offering cannabis treatment.   Just because medical marijuana exists in your state doesn’t mean it’s attainable.

Until the drug is reclassified real medical research it won’t be possible to demonstrate the true miracle of these cannibidiol compounds and their effect on seizures, MS, cancer, PTSD and so much more.  More children and adults will have to struggle with a myriad of diseases and disorders, frustrated by the fact that this medicine works but they can’t have access to it.

And that is why since 2011, people are willing to risk everything to find a cure for their children and their loved ones, leaving behind job, family, school and more to move across country in the hopes to find a cure for what ails them.

They call themselves Marijuana Refugees.

Many are shocked that marijuana can be such a life changer, many of them completely foreign to the plant, Christian conservatives who were scared at the fact that their children would be getting stoned, worried about what people would think of them

It was the story of Charlotte’s Web that brought them in droves.

Six brothers, Josh, Joel, Jesse, Jon, Jordan and Jared Stanley,  had cross breed marijuana and industrial hemp to develop a low THC strain, rich in cannabidiol for the emerging medical marijuana market.  These Stanley Brothers named the strain “Hippie’s Disappointment” because of its lack of mind-altering effects.  While there wasn’t much to offer those looking for traditional marijuana users, it turned out to be rich in other beneficial compounds of the plant

But they couldn’t find anyone to sell it to.  Until one day Paige Fuji came calling.

Her daughter Charlotte suffered from Dravet Syndrome which causes constant seizures.  Her heart gave signs of failing twice and her parents had agreed if it happened again they would not keep her alive on a machine as a way to reduce her suffering.  Someone pointed her to the Stanley brothers and their “Hippie’s Disappointment.”  Desperate to try anything she mixed a squirt of oil into her daughter’s food.  Charlotte went seven days without an attack, she who once had as many as 300 seizures a week averaged less than one, she began walking, talking, playing all with no side effects.  She was able to discontinue using her prescription drugs.

The Stanley Brothers were so mind blown that they decided to name the strain “Charlotte’s Web” in honor of this little girl who made headlines as the new face of medical marijuana.  Videos of Charlotte dancing on her kitchen floor after the treatment went viral and as more and more heard of the amazing results, the wave of refugees to Colorado began to grow.

After receiving several inquiries from families seeking help around the world, the group recognized the need to create a formal organization to not only collect research and data on individuals using cannabis products, but to also educate and advocate about this often misunderstood form of therapy.  This led to the creation of the Realm of Caring. It is now a nonprofit organization based in Colorado Springs, Colorado that has 15 full and part time staff members supporting over 25,000 clients throughout the U.S. and the world.  They improve lives through Research, Education, and Advocacy.

Another support group for those who suffer is the Flowering Hope Foundation.  Started by grower Jason Cranford, the winner of the CBD award at the 1st Annual Cannabis Cup back in 2011 and for the past four years he has bred and produced a 95% CBD plant and products like Cannatol™ 1:1 and Haleigh’s Hope. 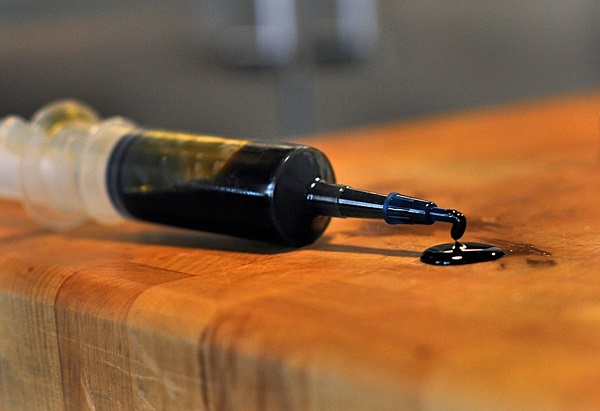 There are no official statistics on the amount of refugees that might be living in Colorado.  In Colorado Springs alone there are more than 110 families who have moved into the area to take advantage of the CBD potent strain that is grown there.  Among the refugees themselves, they created support groups, helped people get in touch with suppliers, find an apartment, financial aid for those who couldn’t afford it.    The Realm of Caring, Flowering Hope Foundation and other associations serve as a kind of underground railroad for these refugees.  They fight to ensure that their research can continue and that patients who desperately need the medicine can obtain it.

A noble cause for these refugees in a society that still has not found the courage to remove the stains of almost a hundred years of prohibition.

“We’ll do anything — any parent would,” Amy Dawn Bourlon-Hilterbran, the founder of American Medical Refugees, told ATTN:. “You’ll go anywhere, you’ll do anything, you’ll try anything. And for years and years, we’ve tried pharmaceuticals that we knew could potentially kill our children — that certainly had hideous side effects and literally stole our children from us in the form of their personality and happiness.”[1]

Even for those familiar with the plant, the stories of these medical refugees seem almost difficult to believe that they could have such an effect on those who suffer from these rare and debilitating illnesses.  Stories like that of Charlotte are sure to continue to be a testimony to the need and justification for the decriminalization of cannabis and the fight to ensure access for all who are in need.