The Australia Government has just approved the sale of marijuana for medical purposes, a change that will take effect in just eight weeks’ time.

According to the Australian TV network ABC, the Executive has approved a scheme that allows local cultivation, so companies can legally import, store and sell cannabis until domestic production can satisfy the nation’s needs.

Greg Hunt, the current Minister of Health, explained that this is the first time in Australian history that the Government has facilitated importation for internal use. And he assured that the new legislation will guarantee enough supply for “all medical demand”, that is, for all those patients, who under medical advice, request to be treated with therapeutic marijuana.

Last year, Australia legalised medical cannabis. The Minister of Health at that time, Susan Ley, approved several amendments to the Drug and Narcotics Act to allow the cultivation of marijuana, so that the country did not break international drug treaties.

Thanks to the new measures, many patients with severe pathologies or chronic pain can be treated with medical cannabis. Patients with cancer and epilepsy will benefit from the medical properties of the plant, amongst many others.

Last Monday, the Spanish party Ciudadanos registered a Non-Legislative Proposal to regulate medical cannabis in Spain on the advice of the Medical Cannabis Observatory. 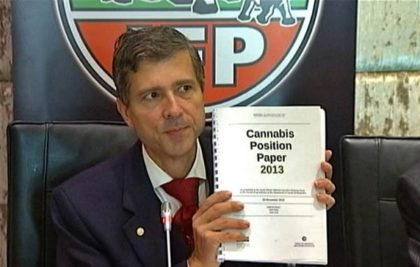 And this week we have also learnt that South Africa has taken its first official steps towards the legalisation of cannabis cultivation and the manufacture of products made with this plant for therapeutic use. After years of struggle, dagga oil – as cannabinoid oil is known – will be legal in the country. The initiative was introduced in the South African Parliament by Mario Oriani-Ambrosini (IFP, Inkatha Freedom Party) who sadly died from lung cancer before he could witness the recent victory of medical cannabis in his country.

New investigation carried out in rodents have discovered hitherto unknown results. It seems that high doses of cannabidiol (CBD) could decrease the consumption of methamphetamines. This is the reflection in the prestigious journal ...

In North Wales, Arfon Jones, a police spokesman, argues that this measure could be a great step forward to reduce prison violence and also to prevent deaths caused by overdoses. Indeed, he has ...