Cannabis is fashionable! And you can see this when the brands that set the trends start to use it in their designs. The high jewellery firm Bvlgari has turned to cannabis for inspiration for some of its latest releases: the high jewellery Wild Pop necklace and broach, which are part of the Roaring 80’s collection. They describe them as “audacious, irreverent and undoubtedly Bvlgari.” 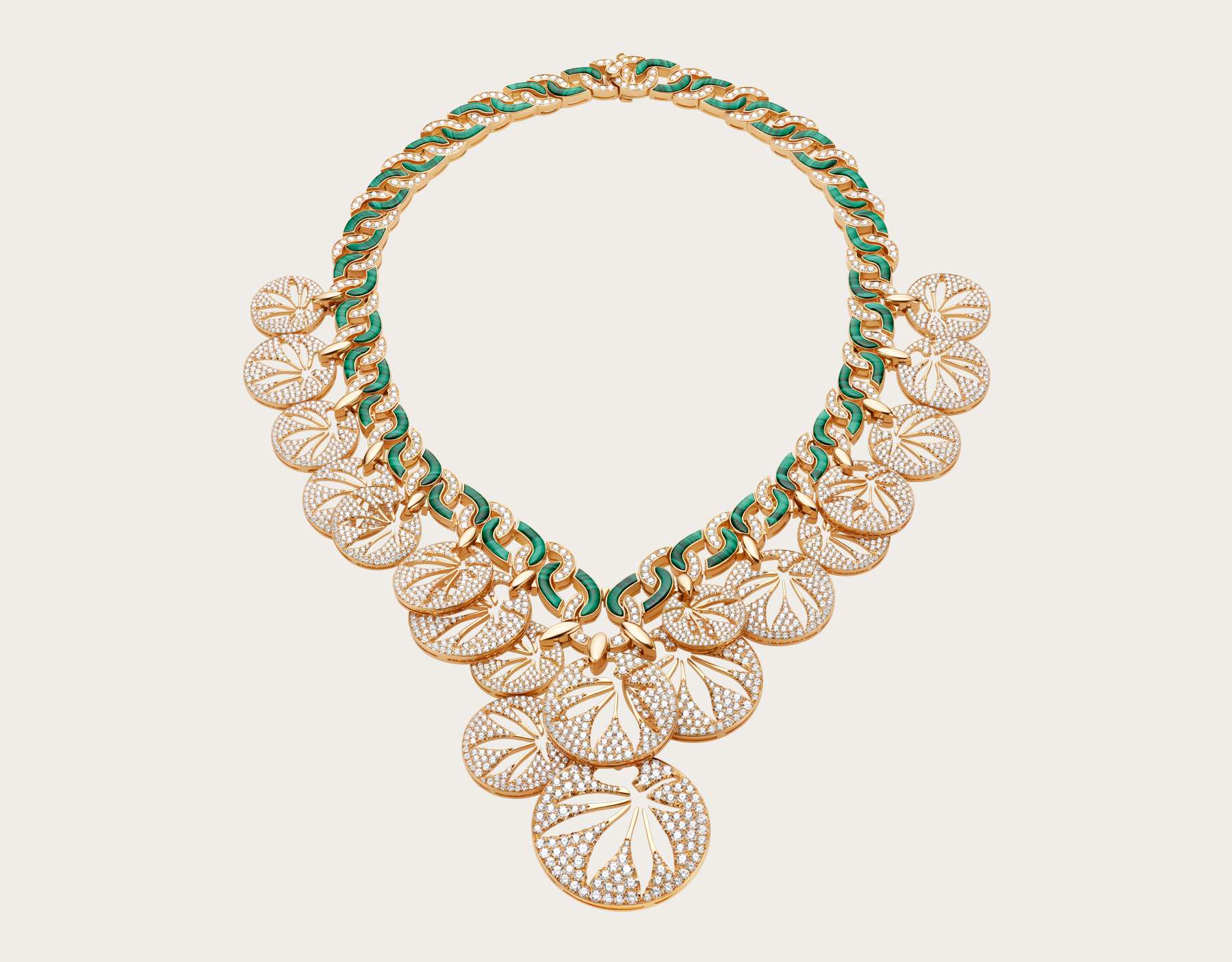 There are many recurrent ideas that come to mind when we think of the bizarre and transgressive 80’s. In Spain this decade was given the name “the Madrid Movement” Musical groups, film directors, journalists, photographers and many other artists brought colour to a country which was plunged into darkness after years of Franco dictatorship. Alaska, Almodóvar, Alberto García Alix, Parálisis Permanente to name just a few…

However, if we think  of art and pop culture on a worldwide scale the protagonists were different. Michael Jackson, Madonna, Whitney Houston…. and if we are talking about art, although it began to develop at the end of the end of the 50’s, we think of Roy Lichtenstein, Jean-Michel Basquiat and Andy Warhol, with everything that comes with him as a creator of pop art: The Velvet Underground, Eddie Segwick, Susan Sontag and other musicians, and the artists and intellectuals who were part of the Factory. 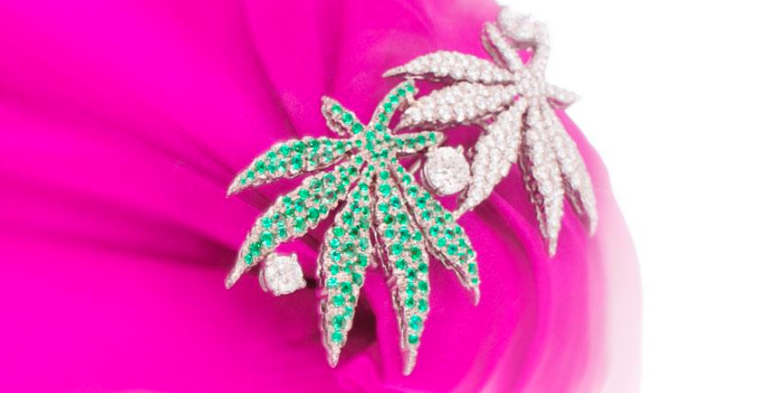 Bvlgari wanted to pay homage to Andy Warhol with this Wild Pop collection, which includes more than 80 pieces in which the firm combine high jewellery, disco music and pop art. Amongst these we find the Wild Pop High Jewellery necklace in 18 carat yellow gold with malachite and pavé diamond inserts (31.30 carats). There is also the Wild Pop brooch, made of 18-karat white gold with three round diamonds and pavé diamond inserts. These pieces have marijuana leaf motifs and are inspired by the recreational use of cannabis. According to the description of Bvlgari they are highly addictive.

The Wild Pop collar has “precious white gold marijuana leaves set with pavé diamonds and emeralds” This unconventional necklace is “an ironic, elegantly risqué way to depict the magical effects that enchanted the generation of the 80’s with dreams of escapism” we read on the website. With these designs, Bvgari wants to illustrate the idea of cheerful creativity, for this reason they have been inspired by “the empowerment, the free spirit and the experimentation of the exciting 80’s.” 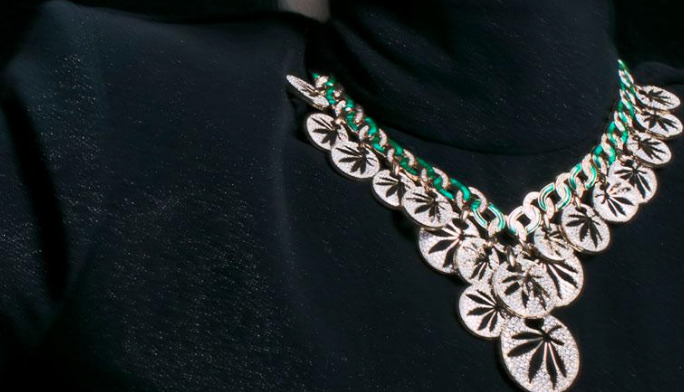 It’s not the first time that a high jewellery firm has sought inspiration from cannabis leaves for its creations. Rings from Lost Track in the form of buds; Genifer M earrings in the form of cannabis leaves; a gold necklace from Asche that works as a grinder; A gold chain with tiny marijuana leaves from Jacquie Aiche, previously worn by celebrities such as Rihanna.

All these details count on the path to destigmatize the plant. So it’s great with us that the world of design is inspired by the attractive form of the plant for its creations and that there are then celebrities that pose with them at galas and on red carpets, breaking the taboo that surrounds them. Getting access to one of these pieces however is more complicated, as the website gives no indication of the number of zeros we would have to pay for them and just invites us to make an appointment in order to find out. Way out of reach of our modest pockets!

“Grass is greener’” Interesting 2019 documentary directed by American filmmaker and hip hop pioneer Fab 5 Freddy which analyses the relationship between the United States and marijuana since the beginning of its consumption, and its ...