The Government of Malawi has approved a bill legalising cannabis for medicinal and industrial use, making it the fourth African country to follow in line after Zimbabwe, Zambia and Lesotho, to which South Africa (where recreational and medicinal cannabis have been legal since 2018) will be added.

The law involves the creation of a Cannabis Regulatory Authority which will be in charge of granting licences for the cultivation, storage, sale, distribution and export of the plant in addition to licences for research on cannabis (popularly known as ‘chamba’). Consumption, however, will continue to be illegal in the country, which has developed as a cannabis tourist destination from the Seventies according to the Prohibition Partner’s March 2019 report on cannabis in Africa.

The economic purpose of the legalisation of medicinal and industrial cannabis in Malawi is to replace tobacco cultivation, which has been in decline since 2011 and which is still the country’s largest source of income. Tobacco accounts for 60% of Malawi’s country’s foreign income despite being heavily controlled by British American Tobacco, who were prosecuted for exploitation of child labour in the country. Malawi, where 80% of the population work in agriculture, is the third poorest country in the world (only behind South Sudan and Burundi), with a per capita income of $ 361.5 in 2019 according to data from the International Monetary Fund.

Promoted by Boniface Kadzamira (MP for the Ntchsi district in the central region of the country), the bill followed a motion passed in June 2016 for the cannabis industry to be legalised, replacing the foreign currency that had stopped coming in due to the worldwide decline in tobacco consumption. According to AfricaNews, the Malawi government had authorised two companies to conduct research on industrial and medicinal hemp three years earlier.

“I firmly believe that cannabis will replace tobacco in the long term to become our main cash crop, which will contribute greatly to the GDP,” Kadzamira said after his endorsement in The Guardian. The MP predicted that this industry will create great employment opportunities in both the agricultural and industrial sectors.

According to the Prohibition Partners’ study, the cultivation, consumption and trafficking of cannabis had become the main illegal activity in Malawi; nevertheless, consumption is rarely prosecuted by the police since it is traditional for the Rastafarian population – which amounts to one million of the 18.6 million people in Malawi – who have been demanding the decriminalisation of cannabis for years.

“We do not want a repeat of what has happened with the tobacco industry. Malawians will participate in this new sector, not as tenants but as equals,” said Kadzamira. 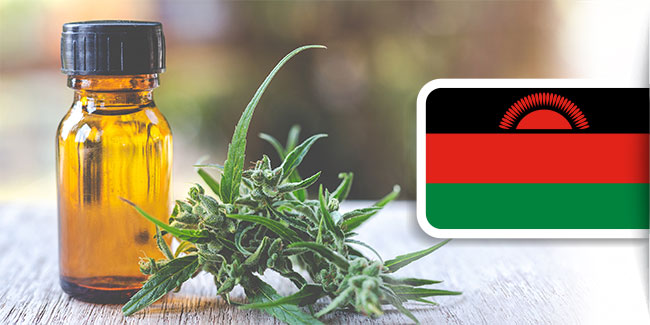 Nevertheless, one of the first two companies to obtain government authorisation to research hemp, and which has been on hand as an advisor on the bill process, is Invergrow (founded by Britain’s Tanya Clarke).

Published by the World Bank in 2011, the study “Ill-Gotten Money and the Economy: Experiences from Malawi and Namibia” estimates Malawi’s annual sales of cannabis at 70,000 kilos (taking into account police drug busts). The majority is exported to South Africa, Kenya and other neighbouring countries, with a total value representing 0.2% of the country’s GPD (Gross Domestic Product) compared to 5% accounting for corruption and up to 12% tax evasion. Crops are located in remote places in the north and centre of Malawi, in fields without road access and with crops hidden in bushes or interspersed with other crops such as cassava, corn and sugar cane. The study indicates that farmers, who are mostly women, keep a very small part of the profit (scarcely one-fifth), with the distribution sector receiving the most.

A group of researchers from the University of Parma, University of Naples “Federico II”, and other Italian institutions presented a retrospective case series analysis of all chronic pain patients treated with oral or vaporized ...

Olivia Newton-John is fighting the metastasis in the sacrum that doctors have detected, with a combination of traditional medicine, cannabis oil and other natural remedies, Her daughter, Chloe Lattanzi, has revealed. Chloe also wanted to ...