October 17 is the day, folks! Canada will be the second country to federally legalize cannabis, and tokers everywhere will enjoy an extra special vacation destination! Because Canada has provinces and territories, when you travel to different spots, different rules will apply. The main rule in every province is that adults (age depends on province) can carry or share up to 30 grams. Most provinces are even allowing residents to grow two plants per adult per household (a maximum of four, unless otherwise stated). So where are the best places to visit? How will you access cannabis? Here is a guide to legalization in each province! 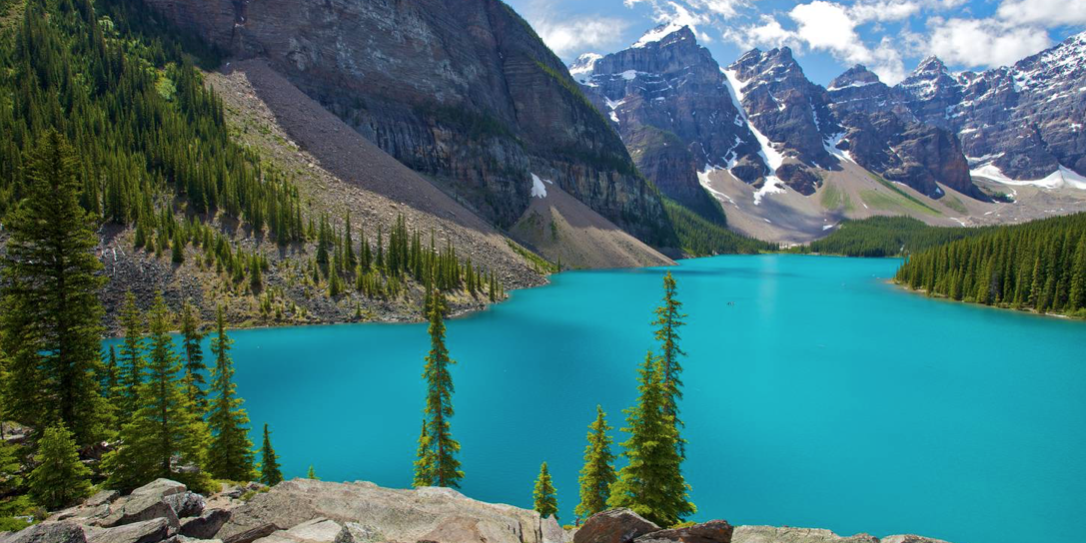 Vibe: Interesting and weird mix of nature-loving hippie and cowboy! Alberta has everything from mountains to glaciers to farmland and oil reserves. Banff is a Canadian treasure with it’s tall mountain peaks and turquoise, glacier fed lakes at the bottom. Alberta is also a paleolithic dream with canyons, buttes, rock formations and even Dinosaur Park where more than 58 dinosaur species roamed prehistorically. Alberta is also home to the Calgary Stampede, an annual rodeo that attracts over a million visitors every year!

Where to Purchase: In person at 250 stores (more to be added in the future) authorized by the province to sell. The Alberta government will handle all online sales.

Other Details: Cannabis consumption is not allowed in vehicles, public spaces, spaces that children frequent and any place that smoking and vaping are already not allowed. Cannabis stores can sell marijuana accessories (bongs, pipes, rolling papers), but alcohol is forbidden. No one under 18 is allowed to enter a retail cannabis store. You also are not allowed to transport cannabis unless it is closed packaging that is out of reach of the driver and other occupants of the vehicle.

Vibe: Super green Hippie mixed with proud First Nations. British Columbia is our most ecologically diverse province with everything from mountain ranges to oceans. In the same day you can ski, hike, fish and surf! B.C. has strong indigenous roots and takes pride in green initiatives and preserving it’s natural beauty. Whether sipping wine in one of the stunning wineries in the beautiful Okanagan Valley or eating at a world-class restaurant in Vancouver, B.C. is a farm-to-table culinary dream!

Where to Purchase: Public and private retail sale in person and online.

Other Details: Even though B.C. is considered a more liberal province, they outlawed growing cannabis in any place that can be seen in public. You are also not allowed to grow if your home is also a daycare. Smoking will be banned in places where children frequent. You are allowed to smoke in private residences or on public places with tobacco and vaping are otherwise allowed. If you DO choose to go to Tofino, make sure you purchase your cannabis before you come—Tofino is trying to ban the sale through zoning regulations. 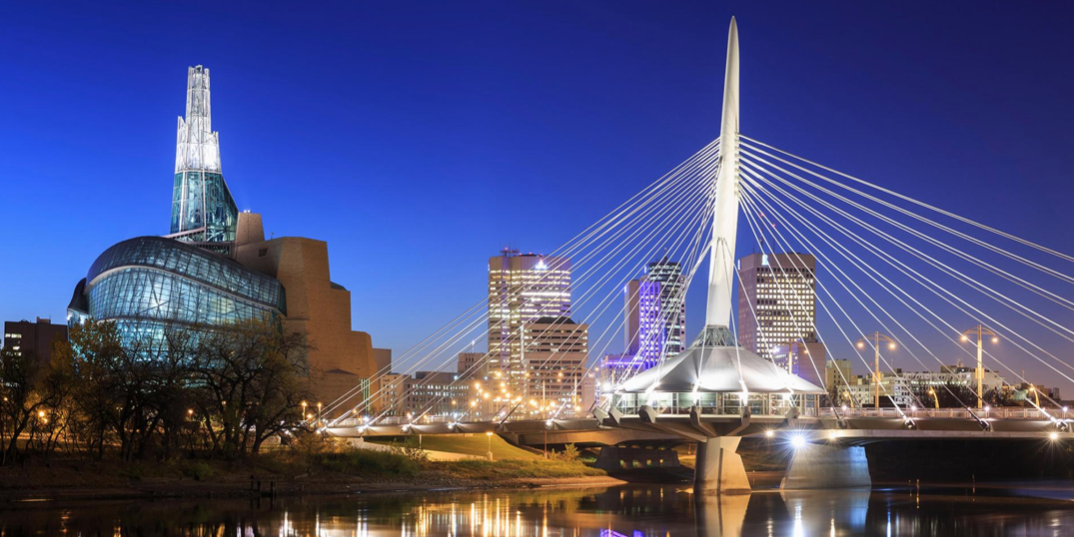 Vibe: Beautiful boreal forests with strong Indigenous roots and a love of the arts. The Royal Winnipeg Ballet is the oldest continually running ballet in all of North America. Queen Elizabeth gave it it’s royal title in 1953. You can also find the Winnipeg Symphony Orchestra, and the Centennial Concert Hall with Manitoba Opera. Indigenous people have lived in Manitoba for thousands of years. Recently the provincial government passed the Aboriginal Languages Recognition Act. This act gives official recognition to seven indigenous languages: Cree, Dakota, Dene, Inuktitut Michif, Ojibway and Oji-Cree. You can even visit the polar bear capital of the world in Churchill!

Where to Purchase: Online and in person through private retail stores. Cannabis will be sold in stores run by four licensed private entities that the province conditionally approved in February: Tokyo Smoke/Hiku, Delta-9 Cannabis/Canopy Growth, National Access Canada, and a fourth corporation that consists of Avana Canada, MediPharm Labs, and two First Nations communities.

Other Details: Adults can consume cannabis in a private residence. There will be a number of restrictions in public spaces, a ban on smoking or vaporizing of cannabis in all outdoor public places. On moving boats, marijuana must be stored in a secure compartment. Home growing is NOT permitted. 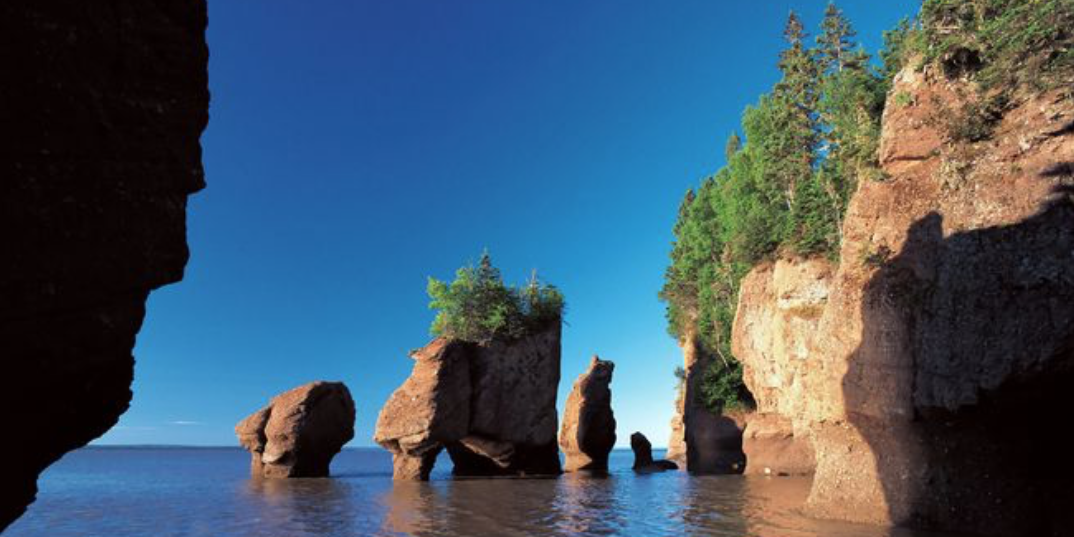 Vibe:A maritimers whale-watching and seafood paradise with a substantial French population! Enjoy the highest tides in the world measure that up to 19 m. high and come twice daily in Fundy National Park. You’ll love the beautiful coastline, sea caves and rock formations. Within the park you can also enjoy 3 different waterfalls, camping, and a golf course. Take a boat out for whale watching and discover up to twelve different varieties. A great place to enjoy seafood and a slower pace.

Where to Purchase: Cannabis NB (a retailer owned by the provincial government) will sell cannabis online and at twenty store locations at launch. There will be three in Greater Moncton, two in each of Fredericton and Greater St. John, and one each in Oromocto, Bathurst, Miramichi, Sussex, St. Stephen, Rothesay, Edmundston, Sackville, Shediac, Richibucto, Tracadie, Perth-Andover, and Campbellton. All cannabis will be under locked glass.

Other Details: Adults can consume cannabis in private residences, but it will be banned in all public spaces. Adults also must store their cannabis (even their growing cannabis) in a locked container or room in their how to prevent children from accessing it.

Industrial hemp will be grown legally in Texas

On April 24th, HB 1325 was unanimously passed by the Texas House of Representatives. This bipartisan bill will establish a regulatory and licensing framework for the cultivation and processing of industrial hemp, as ...