Alexis Ponce: “They want to make medicinal cannabis in Ecuador a business.”

Since June in Ecuador, it’s been possible to produce and sell cannabis for therapeutic and industrial purposes. Consumption will continue to await the reform of the Organic Comprehensive Criminal Code (COIP) — the Ecuadorian equivalent of the Spanish Penal Code. As announced in a press conference in May by Andrés Luque, Undersecretary of the Ecuadorian Ministry of Agriculture and Livestock, the date set by the Ministry for the regulation of medicinal cannabis was 21st June. With this, the institution will begin the process of granting licences for import and production of seeds, and for sowing and cultivation for the purposes of research, processing, industrialisation, export and commercialisation of cannabis biomass (cannabis waste material that is not used as food), and raw, non-psychoactive cannabis oil. 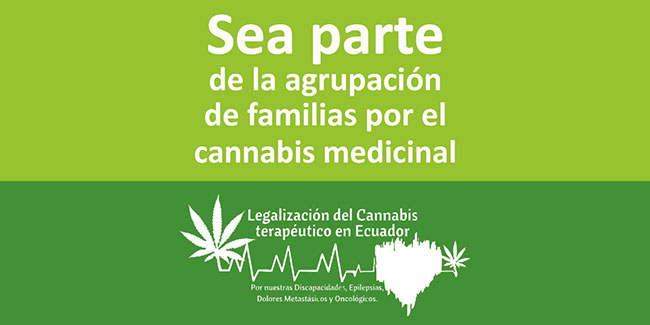 But the legislative reform that regulates the consumption of medicinal cannabis emerges with a huge defect with regard to consumer rights: it focuses more on companies and economic benefits than on the rights of users. In his last announcement, the Undersecretary of Agricultural Production of the Ministry specified that self-cultivation of medicinal cannabis will not be allowed, stating that its control wouldn’t be possible due to the similarities between non-psychoactive cannabis – with less than 1% THC by dry weight – and the psychoactive. “In a house or a garage, it is difficult to recognise visually if a plant has psychoactive ingredients or not; phenotypically they are the same,” said Luque. He also specified that licences for the cultivation, production and marketing of medicinal cannabis may only be requested by legal entities, public entities, cooperatives and associations domiciled in Ecuador with the aim of avoiding “informality”.

“On December 19, when the decriminalisation of medical cannabis came into effect, they ousted us because they wanted to make this just a business for business’ sake,” explains Alexis Ponce, spokesperson for the Association of Patients and Families for Medicinal Cannabis in Ecuador, whose daughter suffers from Angelman syndrome. 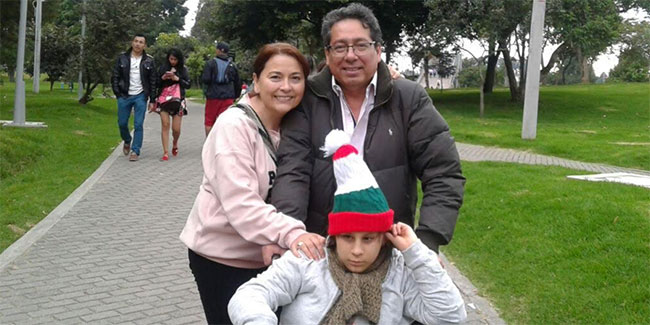 This association promoted the legislative reform for the legalisation of medicinal cannabis in Ecuador, a process that began in 2016 after Nelly Valbuena, cancer patient and Ponce’s wife, asked the General Public Defender (the equivalent to the Ombudsman of the People in Spain) to propose a reform of the COIP by which the medicinal and palliative use of cannabis could be legalised.

“In 2017 we started the public fight, not because we wanted to: we were not consumers, but we were relatives of cancer patients,” explains Ponce, who points out that of the dozens of families who joined this fight in mid-2018, when he was born The Group of Patients and Families for Medicinal Cannabis in Ecuador have now reached thousands.

the same strategy for the fight,” he points out. “We told ourselves that for a fight to be effective, one has to stand up in the society in which one lives.” He explains that although social movements that fight for the legalisation of all uses of cannabis already existed and exist in Ecuador, they knew that the fight was gradual. “One has to fight according to the society one is in, and the possibility that strengthened this fight here was pain,” he added, lamenting that this election caused many cannabis intellectuals in the country to oppose them. “They considered it to be a retrograde fight, but we spilt waters and said that we were continuing with our strategy, that we are not going to continue smoking in the streets as others do; we are parents of children with health problems – epilepsy, cancer, fibromyalgia. Our discourse was ethical and could not be disputed by the authorities because our life was withering away.”

The activist recalls that every week that his demand for the regulation of medical cannabis remained unheard, the forecasts of dying patients who needed medical cannabis were brought to the government. “Everyone can wait, but not us; in this, life is wasting away; pain and the condition of human dignity of our families – not only the right to good living, which is already in the Constitution, but also [the right to] good dying, which is not considered.”

Along with fourteen other people from the Group of Patients and Families for Medicinal Cannabis in Ecuador, Ponce was invited to speak before the Health Commission of the National Assembly of Ecuador in May 2019 as part of the debate on the approval of a package of legislative reforms (including the legalisation of cannabis for therapeutic use, which was finally approved on September 17). “On the 19th they already wanted to remove us from both the media and the State’s memories.” 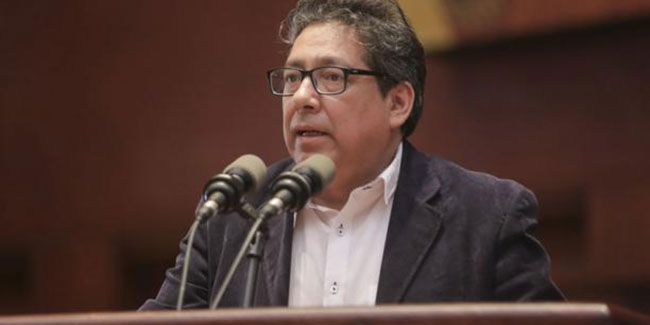 One night before the amendment to the Penal Code allowing therapeutic consumption came into effect, Ponce points out that the government stuck industrial hemp into the proposal for this second time, which is the regulation of production and marketing.

“They have ousted the popular, the democratic ideas raised about medical cannabis because they were by now interested in the business,” explains the activist.

Their association denounced the lack of transparency around the elaboration of the regulation, which was expected to be ready by June 21. Ponce explains that finally the Ministry of Agriculture was forced to permit that all cannabis groups, including relatives of patients, could review the regulations. Ponce could see that the draft specifies that licences for cultivation cannot be granted to individuals but, in addition, that for an Ecuadorian company be selected to receive a licence, it must have a collaboration agreement with a foreign company. “We agree with everything that is not pulling the wool over our eyes with legislation that does not mean that they take will advantage of families like ours, nor live off our pain,” Ponce stresses.

The economic benefits of the regulation of medicinal cannabis is the main reason that has led the Ecuadorian Government to approve it, more so now, in the face of the crisis stemming from the coronavirus pandemic.

“The medicinal and industrial cannabis industry is a great opportunity for the country; it will generate thousands of jobs and dollars,” said Production Minister Iván Ontaneda on his Twitter profile on May 12.

Ontaneda himself explained to the Ecuadorian newspaper El Comercio on 31st May that several national and international companies had already shown interest in investing in cultivation and the industrialisation of hemp in the country, but that they were still waiting for the regulations to be finalised.

“They can ban anything; they have already banned medical cannabis and we don’t give a toss. There are people in our organisation who get their drip irrigation systems, which are very expensive, from Charlotte in the United States and it’s poor families who grow. And if a family needs to grow to be able to get their drippers, they don’t stop to think about whether it is prohibited or not; they do it. Period,” concludes Ponce.

See you this weekend at Cultiva Hanf-Messe Vienna

We took a breath after Expogrow and now we are packing again our suitcases! The date is in Vienna and Cultiva fair is the chosen one. The city of music welcomes the ninth edition of one ...

Even when states have legalized or normalized medical marijuana this doesn’t mean that it’s a quick fix.  People still can’t find access to the drug and find themselves having to risk legal trouble or ...