A touching documentary about Poles treating themselves illegally with cannabis: a new weapon against prohibitionists.

Polish drug laws are one of the harshest and most repressive in Europe, but they cannot stop people from spreading and sharing information about versatile medical uses of cannabis, particularly potent cannabis extract (known as Rick Simpson Oil or Phoenix Tears in this area). A brand new documentary The Underground of Hope sums up the most essential facts about non-functioning medical cannabis program in Poland and how the current legal situation makes seriously sick Poles break the law to obtain the only effective medicine that could help them.

In Poland, patients with a handful of conditions are – thanks to a loophole in legislature – eligible to legally buy and use medical cannabis, however the process of getting the permission from the Health Ministry is very complicated, and, more importantly, the only available medical cannabis is imported from Holland (dried flowers from Bedrocan) or Great Britain (oromucosal spray Sativex from GW Pharmaceuticals).

Both these options are very expensive (e.g. one month of Sativex therapy costs 1000 euro for average multiple sclerosis patient), making this form of treatment economically inaccessible to 99% of those who may need it. The list of diagnosis is also quite short (Bedrocan’s flowers for drug- resistant epilepsy; Sativex for multiple sclerosis or epilepsy), so it is no wonder more and more severely ill Poles are turning to black market or home growing as the only ways to get hold of the precious medicine.

“A huge amount of sick Poles is using this plant illegally”

“The Polish law does not recognize the medical use of cannabis. Hence, severely ill patients, who would like to support themselves with the controversial substance, are treated as criminals. Despite the fact that there is a legislative loophole, which allows the import of medical cannabis from abroad, only few patients – about twenty – have such permission. A huge amount of sick Poles is using this plant illegally,” explains Polish journalist and director Jan Bluz, who is the co-producer and director of the new documentary.

He emphasizes that The Underground of Hope is not just another documentary about “wonderful” medical properties of cannabis. It shows a country of almost forty million people, located in the middle of Europe, where simple possession and cultivation of a few cannabis plants can lead up to eight years of imprisonment. It shows a country where conservative government keeps pretending that the current solution of medical cannabis in Poland is sufficient and at the same time refuses to admit there are thousands and thousands of Polish citizens who have to break the law in order to save or improve their lives with one simple plant.

One of the main reasons behind the new documentary is the need to keep education general public and state representatives about real benefits and dangers of cannabis. As Mr. Bluz explains: “Due to persistent Polish politicians and public officials who claim that cannabis is not researched enough to make it available to patients, filmmakers reached out to the most notable foreign scientists in the field, and travel to the countries, where medical cannabis is completely or partially legal.” 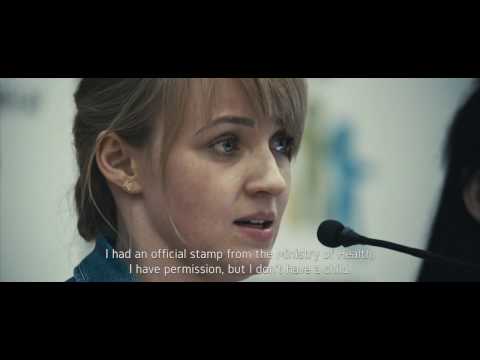 Recreational cannabis is prohibited in Australia, but its medicinal use has been legal since February 2016, although patients needing the plant for therapeutic reasons have encountered many issues when it comes to actually ...