The case of Nicky (2009-2017): Latin-American Dog pioneer of Medical Cannabis

Nicky will be remembered as one of the pioneering animals in the veterinary use of medicinal cannabis in Latin America, due to the successful cannabis-based treatment used to manage his epilepsy, an illness that was diagnosed at two years of age, and over time stopped responding to traditional medicines. 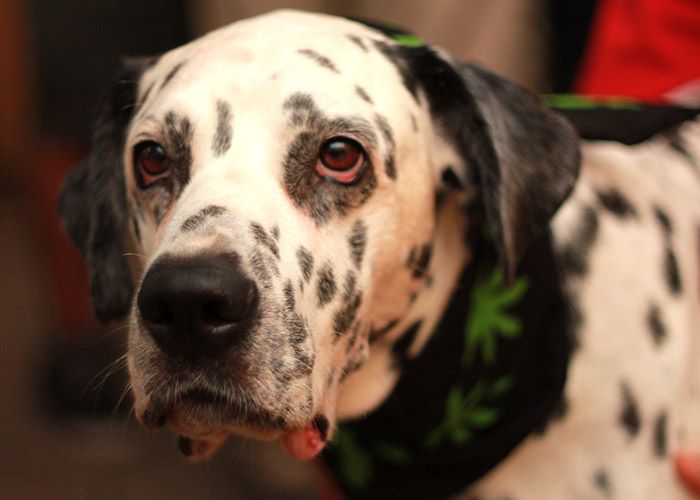 A native of Temuco, Nicky arrived at the home of Eduardo Rodríguez and Carol Cárcamo in Arica, a city in the extreme north of Chile, as a puppy of a month and a half. Unfortunately after more than four years of controlling his seizures with the therapeutic use of cannabis, Nicky died just a couple of months ago.

“he was always a very regal dog. Since his first arrival at our house he slept in our bed and he liked to sleep on my pillow when he was little. At first when we took him to the beach, he was afraid of the water, but with the passage of time he began to bathe and enjoy the sea”, recalls Carol, his caregiver.

His “owners” never saw Nicky as a pet, but as a member of the family. He was born on March 11, 2009 in Temuco, southern Chile, and was the first of a litter of ten puppies. Carol remembers him as a very devoted being who only asked for affection and attention. “He was always a son to us, we never saw him as a dog but as a member of the family, like our youngest son with four legs, who gave us his unconditional love and who only asked us to love and walk him”.

When Nicky had his first convulsions, his “parents” immediately suspected that it could be epilepsy. Vet Tatiana Rivera confirmed the diagnosis. He was prescribed phenobarbital 100 mg every eight hours for his fits, but over time they began to be more intense and frequent.

“In the beginning he had a fit every month or every forty days, but over time they became more frequent and intense, until the doctor told us that the neurological issue was beyond her control and recommended we travel to Santiago to visit the best veterinary neurologist in Chile, Dr. Enzo Bosco”, says Carol.

Following her advice, Carol and Eduardo decided to travel to Santiago for the first time in 2011 to consult the specialist, one of the most eminent in their field in Chile. Three years later the family relocated from Arica to Santiago hoping for an improvement in Nicky’s quality of life.

“Imagine the expenses involved. Poor Nicky had to travel like cargo in a cage. It was difficult for us to get accommodation, as we don’t have relatives in Santiago, also hotels, in general, do not usually accept pets and Nicky was used to sleeping with us”, says Carol.

Dr. Enzo Bosco prescribed 150 mg Pregalex. every 12 hours for Nicky, a medicine reduced the convulsions for a time, but then these reappeared with greater intensity than before, recalled Carol, noting that “the attacks were terrible, they became more and more intense, up to 30 seizures in a single day”. 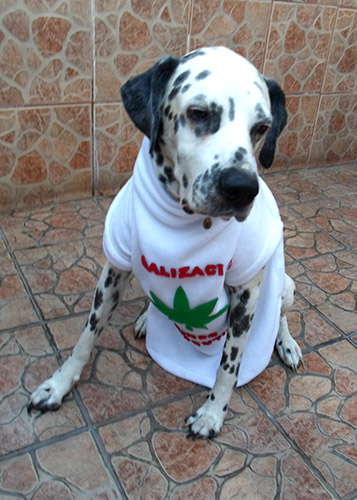 Then came the worst diagnosis: “In 2013 Dr. Bosco told us that there was nothing more that could be done, because Nicky’s attacks were getting more and more intense, and that the only way to relieve Nicky’s pain was with euthanasia. With my husband we refused and returned to Arica very sad, because they had told us there was no alternative for him”, recalls Carol.

“We said no, how could she suggest that, because at that time we were absolutely against marijuana, we saw it as a drug and that all those who had contact with it as drug addicts”, Carol admits. “In the end we said ‘we have nothing to lose, it’s for Nicky’s welfare’, so we tried. Thank God we did it and Nicky survived another four years, quite calm and happy” says Carol, who today, after seeing the improvement in the quality of life of Nicky since the beginning of his cannabis treatment, has completely changed his initial perception of cannabis and today is a great defender of its medicinal use as part of the group of volunteers of Fundación Daya in Arica.

Nicky’s cannabis oil-based treatment started with a dosage of two drops every eight hours, which managed to keep Nicky without convulsions  most of the time. Little by little the oil dose was increased up to 30 drops daily, at which point he was switched to a resin format. “Then we started to grow learning as we went,” recalls Carol.

Nicky’s last weeks were pretty normal. He was happy, without seizures or absences, says Carol. “The only strange thing that he presented was a slight aggressiveness when we tried to give him his medication”. 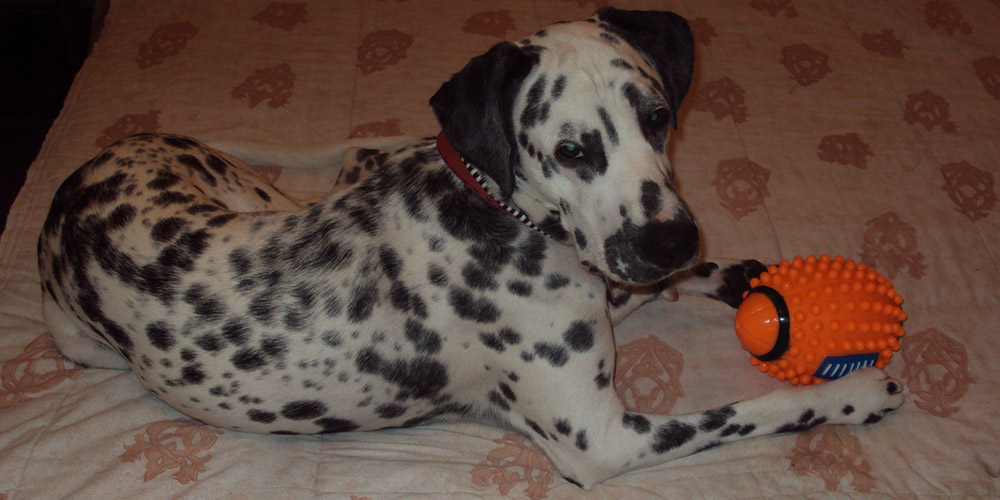 In the final days before his death, Nicky preferred to sleep alone in the living room of the house and did not want to receive the medication. “He was a happy puppy during the eight years he was with us, a little angel that came into our lives, with a mission: thanks to his experience he became a pioneer in Latin America in the veterinary use of medicinal cannabis”, says Carol. In addition, thanks to their experience, the group “Medicinal Users of Cannabis Arica” ​​(Umca) was created, a group that today has more than 300 members.

Five experts from Greece, Spain and France join the panelists of the first hemp and CBD congress in southern Europe

The 1st edition of HEMP BUSINESS DAY will take place on Friday, April 26, as part of the Expogrow show, which for the eighth consecutive year will gather the entire cannabis and hemp ...