In Colombia, the cannabis industry is already facing some challenges due to unforeseen effects and worrying consequences of this newly developing sector for the Indigenous peoples, who are now faced with a land deficit for their traditional crops, which undermines the ancestral sovereignty of these peoples over natural resources and becomes the reason for these communities to demand measures from the administration.

Since cultivation, processing and exporting of medical cannabis was legalized in this country in 2016, and after the Peace Agreement between the government and the guerrilla group Fuerzas Armadas Revolucionarias de Colombia (FARC), the first licenses were granted and, as a consequence, the country attracted large foreign investments, worth over 400 million dollars, in developing a national network of farms and laboratories. The climate, location and low production and manufacturing costs make Colombia the ideal place for these companies to establish such facilities. At that time, first production and distribution licenses for cannabis-derived products were granted to Canadian and American corporations like PharmaCielo or One World Pharma, among many others, and their plan is to continue growing and investing in these sectors. Despite the fact that companies have tried to establish collaborative ties with local groups and organizations that work with the Indigenous communities and their members, the activity of these big companies threaten not only their traditional lifestyle but also their survival and livelihood. Today, these vulnerable communities fear social exclusion and the disappearance of ancestral agriculture practices and traditional medicine.

For all these reasons, tribal leaders for these Indigenous communities have spoken out and expressed their concerns on possible conflicts of interest and disputes over the land between the different social agents involved in this growing cannabis business. They claim that the conditions of the Misak people, originally from southern Colombia have worsened due to the land deficit the monoculture of cannabis has caused. As an example, the land available in the Guambia reserve for agricultural use it is only 22% of the total, since 78% of this land is protected because it includes sacred areas or important unique ecosystems. They call attention to the fact that occupation of these fields by multinationals to mass produce cannabis takes the land property away from the Indigenous communities, who need them to satisfy their basic needs for survival. Also, this new situation is regarded as a disrespect to the legacy of their ancestors and counterproductive for traditional crops and the food self-sufficiency of all community members. 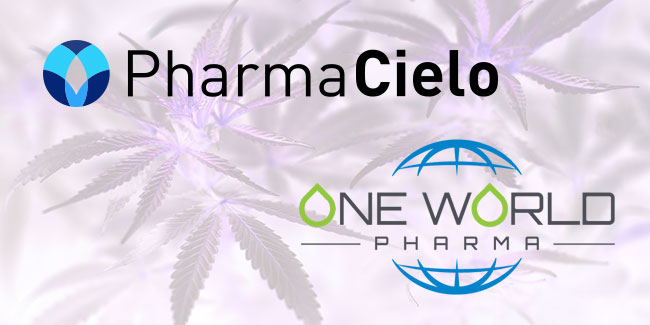 Another critical issue, as explained by Taita José Pillimue, the Misak deputy governor of the Reserve Citizen Council at Guambia reserve, is that, in the face of this situation, people are also divided. Some local farmers have lost respect for the tribal leaders’ authority to protect the communities and have also abandoned traditional farming practices and farmlands. This is happening as a result of the partnership between different companies run by the Misaks and foreign multinationals dedicated to the monoculture of cannabis. Nevertheless, the Misak authorities expressed their position statement on a press release: they oppose to trade their workforce as workers for a foreign company and refuse to allow the implementation of a corporative regime in their territories. They also recalled the mandate from the 2017 and 2019 national congresses that expressly prohibited the “expansion of mono crop plantations and external forms of economies that could affect and damage the stability of the ancestral indigenous sovereignty”. The Misak people demand the Colombian Government to limit the entrance of multinational corporations to preserve their cultural heritage and protect their economic and social stability.

“This is why – Pillimue emphasizes – multinational corporations that accumulate wealth for industrialized countries are simply not welcome”.

Medicinal cannabis in the control of chronic pain. The Canadian experience

On the 5th of March the day "Medicinal Cannabis in the control of chronic pain, the Canadian experience" organized by the Spanish Observatory of Medicinal Cannabis OEDCM will take place in the Illustrious Official ...

Miguel Vila Gómez, member of the Unidos Podemos group - En Comú Podem - En Marea sent a question to the Congress of Deputies in October 2018. This question about the licenses granted ...