The Moroccan National Narcotics Commission, under the Ministry of Health, met on 11th February to assess the recommendations made by the World Health Organization regarding the recognition of medicinal cannabis. This meeting opened up an official debate on the drug policy of the Maghreb country.

About a year has passed since the WHO recommended that the UN soften control over this plant by removing it from Schedule IV of the 1961 Single Convention on Narcotic Drugs (which lists the most dangerous substances and those without medicinal value) to pass it to Schedule I (which compiles substances with therapeutic properties). Since then, the consumption of medicinal cannabis has been approved in countries such as Ecuador and Brazil. Now, Ahead of the next meeting of the UN Commission on Narcotic Drugs, which is was scheduled to take place between 2nd and 6th March 2 in Vienna, the Moroccan Ministry of Health begins began to debate what its vote on the WHO’s recommendations will be would be and, consequently, on the country’s own legislation regarding marijuana.

The WHO’s recommendations contemplate a system of control over cannabis that does not hinder its medical uses. This is a point in which the Moroccan vote would have great value as it is traditionally the largest producer and exporter of cannabis in the world. According to the latest World Drug Report of the United Nations Office on Drugs and Crime (published in 2018) there were up to 47,500 hectares cultivated with cannabis in 2017, 500 more than in the previous year but 65% less than in 2003.

The majority of cannabis crops are found in the mountainous Rif region in the north of the country, and these constitute the largest source of income in the area. And it has been this way since Hasan I granted privileges for the cultivation of cannabis to several Imazighen tribes of this territory in 1890. When Morocco gained independence from France in 1956, Mohammed V prohibited cannabis in the country. His successor, Mohammed VI (who became King of Morocco in 1999 after the death of his father, Hassan II, the son of Mohammed V) did not legislate on these cultivation or consumption privileges, leaving him without a legal basis but tolerating cannabis due to the weight it continues to have on the national economy.

Currently, cannabis use in Morocco is punishable by prison sentences of between two months and one year in addition to a fine of between 500 and 5000 dirhams (€47.55 to €475.50); nevertheless, a blind eye is generally turned to consumption. Conversely – despite turning a blind eye to cultivation in the Rif region – 45,000 Rif farmers were arrested for planting marijuana up until 2015, facing sentences of between six months and two years in prison according to the Authenticity and Modernity Party (PAM). 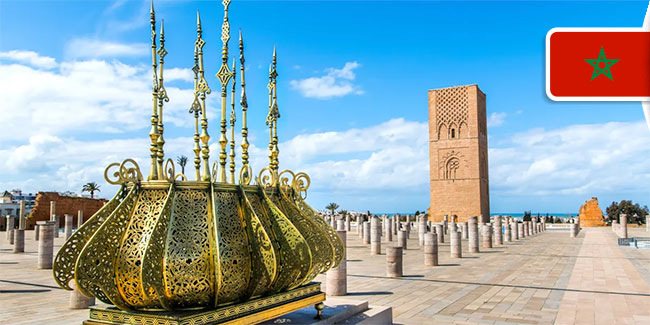 In 2009, Mohamed VI’s chief adviser, Fouad Ali El Himma, called for a national debate on cannabis and for it to be re-branded as a traditional Moroccan herbal remedy rather than a drug. But his endeavours went no further. That same year, journalist and activist Chakin Alkhayari was sentenced to three years in prison. Alkhayari is the founder of the Rif Human Rights Association, which fights for the rights of migrants from sub-Saharan Africa passing through Morocco and for the reform of Moroccan drug policy in the Rif region. His crime was to criticise Morocco’s drug policy and denounce corruption within the Moroccan army around the clandestine hashish market. According to the Moroccan newspaper Annahar Al Magribiya, the arrest allegedly related to his “defence of drug legalisation.”

In 2014, two parties – the centre-right PAM and Istiqlal (PI), the country’s oldest party – enacted bills to legalise the production of medicinal and industrial cannabis and, in the case of PAM’s proposal, demanding an amnesty for farmers accused of growing cannabis; however, neither of them was successful.

The medical power of cannabis is amazing. The latest discovery is the possibility that a marijuana tampon could reduce the pain caused by menstruation. Foria, a laboratory in California, has created a capsule that ...