An Open Letter to Rick Simpson by Dr. Franjo Grotenhermen

You are probably the most well-known personality when it comes to the medical use of cannabis by cancer patients. Many desperate individuals, suffering from cancer and other serious maladies, put their trust in you and place great hope in your advice.

You are aware of this responsibility when you write in your book, Rick Simpson Oil – Nature’s Answer for Cancer, “I think anyone including myself, if put in a position of public trust, should expect to have their activities while working for the public watched very closely,” (Pos. 2528, Kindle). It is my conclusion, however, that you have not taken the proper measures commensurate with such great responsibility. I hope that in the future, you can do better.

I share your view when you write, “As I have stated many times, it is our watch and is our sacred responsibility to see that mankind will survive and prosper. Doctors will begin to follow the Hippocratic Oath and governments will begin to work for the greater good of the people. This is the only path we can follow which makes any sense and, if ignored, the destruction of the human race can be the only result,” (Pos. 2517, Kindle). And you continue, “My mission is simply to provide the truth to everyone possible, so together we can effect change,” (Pos. 3460, Kindle).

But I have to state that you are not taking many important facts into consideration – much to the detriment of people. You admit that you are “not a doctor” and do not “have the qualifications necessary to become one,” (pos. 1485, Kindle), but you take the liberty of exaggerating promises of healing that do not stand up to factual examination.

I want to clarify what one might interpret as overly harsh criticism, however, is inevitable, by six examples:

You write, “Decarboxylation occurs when the molecules within the oil have been rotated to the delta 9 position with the use of heat so they become more and medicinally active,” (Pos. 717, Kindle).

It is a fact, however, prior to decarboxylation, the substance is already delta-9-THC. With regard to the corresponding double bond in the THC molecule, nothing changes through the process. Decarboxylation means removal of carbon dioxide. This reaction converts the naturally present THC acid (THCA) in the plant into phenolic THC that is responsible for most of the therapeutic effects of delta-9-THC. I read on your website that you encourage to include plant-based foods in the diet, claiming that the proteins contained in plants possess cancer-fighting properties, as well. However, it is not proteins, but the phytochemicals, such as flavonoids, which may possess such properties.

You write, “I think it’s of benefit to the patient for the oil to be administered as close as possible to a tumor or whatever is being treated. Therefore, if you have bowel problems, suppositories would likely work best, but if you have something like throat or stomach cancer, etc. I would ingest the oil by mouth,” (Pos. 1012, Kindle).

The truth is, that also in cases of abdominal carcinomas, cannabinoids reach the cancer through the body’s circulatory system. One should know some basic medicine, so as to not rely on beliefs, because they may turn out to be mistaken ones.

You write, “By volume, it would be impossible for a hemp tincture to be as potent as pure oil. A patient could ingest their doses mixed with alcohol, but what good would taking this medication with alcohol do the patient?” (Pos. 1043, Kindle).

The truth is, that a diluted cannabis oil with a 5 percent THC content, ingested orally, has the identical pharmaceutical effect as a cannabis extract or cannabis oil with a THC content of 50 percent. This is because the effect is not based on concentration; it is based on the absolute amount. One milliliter of 50 percent cannabis extract contains the same amount of THCmillilitersilitres of a 5 percent extract, which is exactly 500 milligrams of THC. Only when applied externally does concentration play a role.

You write that, “On average, there is about one person in ten who will freely tell the world what had healed them but the majority of patients tend to remain more or less quiet … Since most people will not come forward, it makes my tasks that much harder and many will continue to die because those who have used these extracts refuse to discuss what they have witnessed,” (Pos. 1192, Kindle). And further, “Since 2003, I have provided these extracts to roughly 5000 people who were suffering with all types of medical problems. Many of these patients had several medical issues which needed attention but most were brought under control or cured with the use of this oil,” (Pos. 1377, Kindle).

You write yourself that only about one in ten patients treated by you offers feedback on the success of the treatment, and you complain that you do not hear back from most of them. Despite this, you undauntedly claim that all cancer patients, even those you never heard back from, were healed by the use of cannabis oil. Claims based on such limited data become completely absurd when contrasted with the fact that, depending on classification, there are between 100 and 1,000 types of cancer.

You write that, “I always recommend high-grade oils for internal use in the treatment of serious conditions. A high-grade extract should contain THC levels in the range of 80-90% and produce an extremely sedative, yet euphoric effect when ingested. The higher the quality of the oil, the more pronounced will be its healing effects,” (Pos. 368, Kindle).

The truth is that besides THC, other cannabinoids possess cancer-inhibiting properties – in particular, CBD (cannabidiol). There are indications that in some types of tumors, CBD may play a more important role than THC. Moreover, there are strong indications that a combination of THC and CBD is more effective than THC alone, with regard to at least certain types of cancer. Among other factors, this can be of great importance when THC is insufficiently tolerated, and higher dosages are out of the question. In such cases, a treatment with high dosages of CBD can be attempted. You developed your theory 15 years ago when CBD was not yet in focus. However, our knowledge of the effectiveness of whole cannabis and cannabinoids in the treatment of cancer are of preliminary nature. And we must always take new data into consideration, offering our patients the most up to date advice and treatments possible.

You write, “Unfortunately, many people who come to me have been badly damaged by the medical system with their chemo and radiation, etc. The damage such treatments cause have a lasting effect in people who have suffered these so-called treatments are the hardest to cure. But don’t despair, for even if you have been badly damaged, this oil still has a 70 to 80% success rate,” (Pos. 970, Kindle).

Now I arrive at a very serious issue. You recommend that all cancer patients avoid standard treatments because radiation therapy and chemotherapy both cause damage. Instead, all patients could be healed with your cannabis oil. We don’t know the actual success rate of your cannabis oil, and you can’t possibly know it either because you’ve had too little feedback from your clients. But we do know the success rates of standard therapies. In Germany, of the 500,000 individuals diagnosed with cancer each year, 280,000 are healed. This comes out to around 55%. As recently as 1980, two-thirds of all cancer patients succumbed to their ailment.

If the recovery rate from standard treatments continues to rise, and the rate of recovery for those treated with cannabis remains unknown, how many patients have died needlessly, following your advice?

And how many patients, who could have been healed, if they had received a combination of cannabinoids and conventional therapies, could have survived had they not solely relied on cannabis?

That you present things wrongly by not understanding chemistry, physiology, and medicine is not what I hold against you. One doesn’t necessarily need to understand all the details. However, this is a question of life and death, and such a serious issue, that you have to be accused of not living up to your responsibility and therefore your own aspirations.

This is about the wellbeing of individuals who turn to us. They have a right to the best possible and most recent information, as well the best possible advice. When it comes to medical treatment, especially when confronted with serious illness, it is not enough to treat patients by relying on good intentions and vehemently presenting a conviction.

I am convinced that your reputation among supporters would improve if you were able to revise and update your advice. I am convinced that cannabis and cannabinoid therapies are of value in the treatment of cancer. Let us address their potential with great care and consciousness! 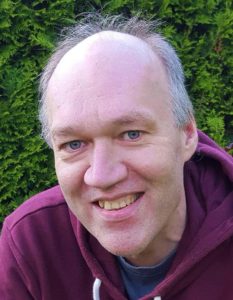 How to germinate seeds

The germination of vegetable seeds is the process of growing plants directly from seeds rather than growing them from cuttings or buying plants that have already been grown. Although this may seem ...