A new study carried out by Colorado State University researchers warns about the large carbon footprint produced by indoor cannabis cultivation. The report was released in specialized media such as National Geographic with headlines that link the increase in demand for cannabis to the high levels of greenhouse gas emissions from its production, and refer to indoor growing in particular.

The report, published in the online journal Nature Sustainability, found that the United States produces a carbon footprint between 2,283 and 5,184 kg CO2 per kg of dried flower, a measurement that takes into account the quantity of electricity and natural gas needed for indoor cultivation, as well as the added fertilizers used. These figures are significantly high if compared to the emissions generated by other crops that also require high energy consumption levels such as rice, which produces 419 grams CO2 per kilo, according to the Solid Forest study, or mass-produced tomatoes in the Spanish region of Murcia, with 203 grams Co2 per kilo, as shown in Lessco 2 study.

According to a 2005 report by the Food and Agriculture Organization of the United Nations (FAO), animal agriculture causes between 10% and 12% of CO2 emissions, but if we include emissions derived from land application of manure, in this measurement, the percentage would rise up to 30%. In the case of European agriculture, some emissions have been decreased over the last decade, thanks to the application of new techniques or the return to traditional growing methods that require less use of fertilizers.

As for traditional agriculture, there are also alternatives to reduce CO2 emissions in the case of cannabis production. The Colorado State University study also finds that it is possible to identify the pollution produced by indoor cannabis crops in particular. Some of the study recommendations go from choosing the growing sites taking into account factors like the climate zone, since in warmer climates, for instance, the electricity demand to keep the internal temperature steady for the plants will be lower. But above all else, the study points out the need to promote outdoor growing, which produces a hundred times less emissions. 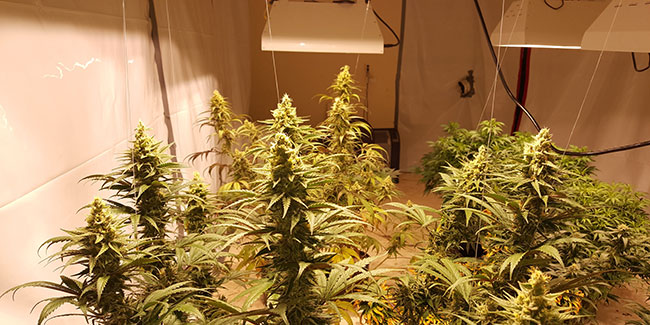 The positive environmental impact of hemp

In recent years, many other economic sectors, apart from the cosmetics industry, have turned to industrial hemp because of its versatility:

Experiences that help the environment

The green issue is on the table for discussion, will the legalization of cannabis be beneficial or harmful to the environment? On the one hand, several experts warn that an eventual mass cultivation of this plant, as in many other crops, will end up in the hands of big corporations performing large-scale intensive controlled farming and requiring huge energy demand and consumption. Others, however, point out that an eventual regulation would require the backing with mandatory enforcement measures to reduce the environmental impact. One of these could be the promotion of outdoor cultivation for soil regeneration. Also, the regulation on the type of electrical energy and power to be used in the growing facilities, as they have been doing since 2015 in Colorado, with 900 hectares of legal medical cannabis cultivation, where farmers – of all types of crops – are obliged to use only renewable energy supplied by local electric cooperatives in the framework of participatory development project for rural communities.

The Colorado program was implemented after a 2012 study published in Berkeley Labs found that cannabis-related energy expenditure for indoor cultivation accounted for 1% of total energy expenditure (TEE) in the US in 2012. Moreover, in 2013 this state conducted its own research study in this area, revealing that energy expenditure linked to industrial agriculture accounted for 7%. Since then, several audits and technical improvement performed in the growing facilities helped saving 17.4 million kilowatt-hours.

Another key issue would be the consumption of water from cannabis plantations. The average water consumption of a marijuana plant goes up to 11 liters per day, about twice the amount a vine plant needs, but slightly less than what a single almond tree requires and significantly less than the amount an avocado tree needs —around 187 liters of water per day. Even so, the president of the National Hemp Association, as quoted on the Green Goddess website, affirms that cannabis plants only requires larger amounts of water only at early growth stages and but it can be very resistant to drought and high temperatures at later stages.

Today, we can find several projects focused on saving water consumption elsewhere. One of them is that of Green Relief, a medical cannabis company that uses hydroponic growing systems and has managed to be reusing the same water for two years, according to the specialized site Cannabis Tech. Another last example is that of the company Ecofarm, which has implemented techniques of water reuse that make possible to save up to 70% of energy costs.

In 2013 a US cinema producer transformed the traditional German folk story written by the Brother Grimm into an authentic fantasy freak show. This film of the stoner genre mixes comedy and terror ...