How many initiatives were born on March 8, 2018! Millions of women took to the streets in a historic global general strike that was repeated again in 2019. Just one year ago, on International Women’s Day at Spannabis, the idea of the exhibition “We are Mary Jane” was born, a tribute to women who love the marijuana plant. For this day, the Hash Marihuana & Hemp Museum of Amsterdam organized a festive event to raise the visibility of the feminine and feminist collective of the national and international cannabis sector. 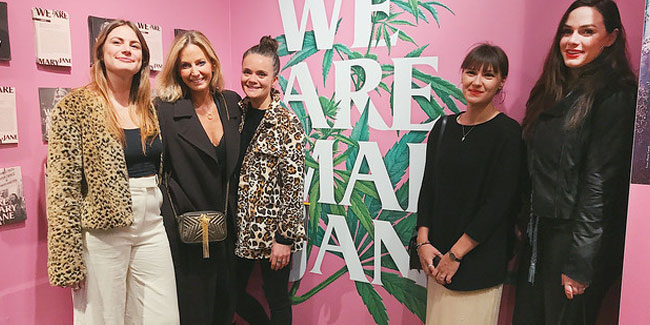 This festive and vindictive encounter became a temporary exhibition at the Hash Marihuana & Hemp Museum in Amsterdam. The exhibition explored the role of women in the world of cannabis, from prehistoric times to the present. Now, spring has sprung and “We are Mary Jane” has finally arrived at the Hash Marihuana & Hemp Museum in Barcelona. Its inauguration was a roaring success and was attended by many of the most important cannabis women in the world. We tell all in this article! 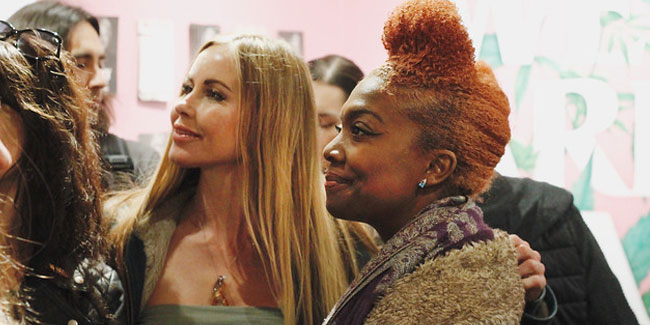 From Amsterdam to Barcelona

An exhibition that recognizes and gives visibility to the role of women and their work in the world of culture and the history of cannabis. A world that has historically been considered masculine. We are very interested in this theme! The first part of “We are Mary Jane” was held in Amsterdam a few months ago and focused on a historical journey, as we told you on Yes We Skunk at the time.

The second part of “We are Mary Jane” in Barcelona is based on two questions: how did your relationship with the plant begin? and how do you see the future of cannabis? This pair of questions were put to the protagonists of the exhibition. Women from all over the world such as Jodie Emery, Michka Seeliger-Chatelain, Dr. Dina, REMA (State Network of Anti-prohibitionist Women), Carola Pérez, Fernanda de Figuera … 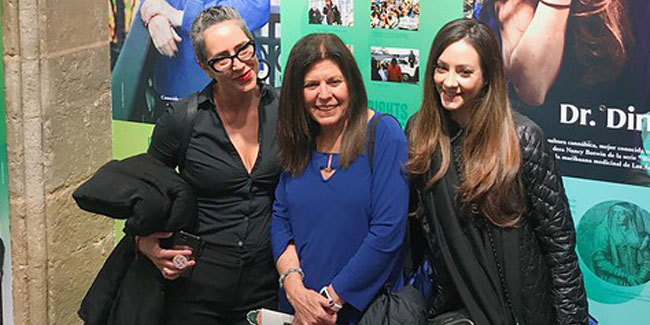 A tribute to cannabis women

“We are Mary Jane” also brings together women from different cannabis areas: cultivators, lawyers, scientists … They are all Mary Jane. An exhibition that pays homage to all women who love the cannabis plant. Because, as the executive director of Fundación Daya, Ana María Gazmuri, says, this is our moment, in the cannabis world as well. 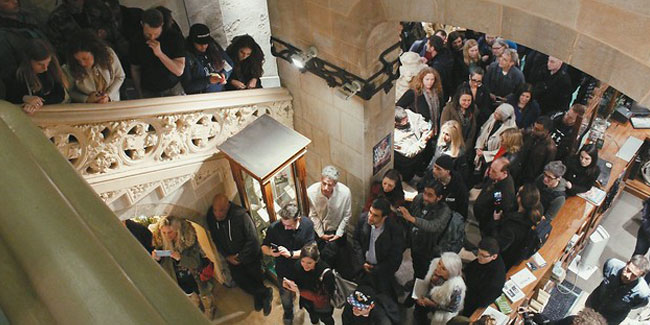 “We are the women who fight [in the world] today to defend the right to home-cultivation. It is the mothers who have raised their voices to declare that, even if they are persecuted, they will continue to treat the various pathologies of their children with the plants grown in their garden. We women are the ones who are called to raise our voices in the face of patriarchal attempts to capture control of our plant, relegating it exclusively to the industrial and commercial sphere. We women know the usefulness of cannabis: as an aid in the various stages of our feminine cycles, both in painful menstruation, in midwifery and as a revitalizer of our sexual energy. Many times we were called witches for preserving this ancestral wisdom. We are experiencing a wave of feminist revolution, and the release of cannabis is part of it. ” Affirms Ana María Gazmuri. 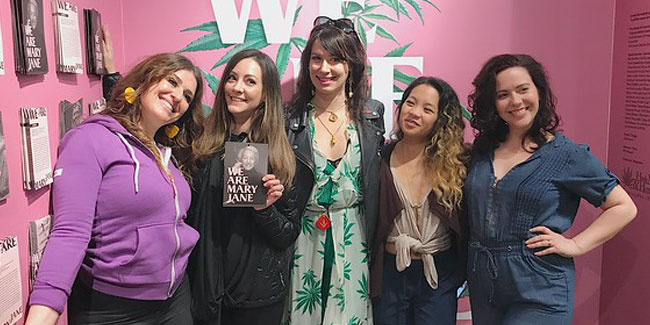 This sample is the result of the connection of cannabis women from around the world. Now that this second edition has travelled to Spain and has relocated for the next few months to the Hash Marihuana & Hemp Museum of Barcelona, you can not miss visiting it. The exhibition, which is free and open to the public until the end of summer (September 29th, 2019), gives the voice to the real protagonists, the cannabis women.

“We are Mary Jane”

Germany: First patient given permission to grow cannabis for personal use

On 28 September the Federal Institute for Drugs and Medical Devices, an agency of the Federal Health Ministry, issued its first permit allowing a 57-year-old patient suffering from multiple sclerosis to grow cannabis for ...

We leave you with some photos of the fair "ExpoGrow 2014"" in Irun. Hugs for everyone. Kannabia Team