The medical use of hemp: Therapeutic cannabis in Italy

The use of cannabis as medicine

It is known that the use of cannabis as medicine has very ancient origins. The first records date back to the ancient texts from the Chinese medicine and Ayurveda writings of Indian origin.

The dissemination of the benefits of cannabis into the West have been credited to an English physician, who returned from India around 1840: the reputation of the health effects of cannabis was such that even Queen Victoria promoted the long-term use herself in order to relieve the menstrual pain.

After the publication of the Marihuana Transfer Act[1] in the United States in 1937 began the “obscurantist” and prohibitionist era of cannabis. Even though the studies of its uses have never entirely ceased to be discussed in different forms and countries, the debate about the potential medical use of cannabis has been revisited only in the 80s of the past century.

Nowadays, it has been recognized that the benefits of medical products derived from cannabis reduce the symptoms and counter the progression of (and even cure) different diseases such as: 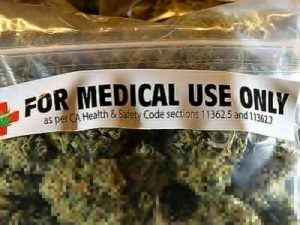 Also, in Italy the plant has been forbidden during decades until, in 2007, medical recipe prescription of cannabis’ derivatives started to be permitted by law. However, the lack of implementation protocols at regional level makes the access to the pharmaceuticals difficult, if not even impossible, for the patients.

In 2013, a decree simplified everything, as general practitioners were allowed to prescribe these pharmaceuticals. Additionally, specific laws have been approved in different regions, where the costs of therapeutic cannabis used in the treatment for certain diseases have been charged to the regional healthcare service (Abruzzo, Basilicata, Emilia-Romagna, Friuli Venezia Giulia, Liguria, Marche, Apulia, Sicily, Tuscany, Umbria and Veneto)

In fact, the Ministerial Decree 23/01/2013[1], including in table II, sec. B cannabis medications (whether substances, vegetable formulations, extracts or tinctures), modifies the DPR[2] 309 from 09/10/1990 and authorizes the therapeutic use of medications with vegetable origins derived from cannabis and not only from THC (delta-9- tetraidrocannabinolo) which has been included in table II sec. B in 2007.

In a text published by The Ministry of Health on their website and updated in 2016, it states:

Those products, called Bedrocan, Bediol, Bedrobinol and Bedica are commercially available in accordance with international conventions in the field of psychoactive drugs, under specific authorization from the International Narcotics Control Board, INCB, although they don’t have the marketing authorization following the European directives regarding the medicinal products for human use.

Currently, cannabis can be prescribed for any pathology for which exists a minimum of accredited scientific literature, with the patients bearing all costs.

If the prescription is feasible and legal, the first difficulty which patients have to face is to find open-minded doctors who are well-informed about the medical use of cannabis. Usually, thanks to patients who have experienced the benefits of cannabis used for the relieve of pathologies´ symptoms, some doctors have gotten interested in the therapeutic uses of cannabis.

Once a doctor willing to prescribe the pharmaceuticals has been found, many patients face their high cost.

Since last March, the price of the cannabinoid pharmaceuticals of the Bedrocan line has dropped below 20 Euros per gram in Italian pharmacies, but which is still considered a very high price – moreover for those who need several grams per day to be cured. The most costs-efficient way for the patients in order to obtain the medical product is through Asl imports. However, this requires an upfront payment for a 3 months therapy.

The definite legalization of cannabis in Italy should be approved in the next few months, but it is already known, that this will not guarantee a reduction in price.

In summary, the process in order to have access to the therapeutic cannabis (just as a reminder, it consists of formulations and inflorescences from the Bedrocan line) in Italy, should be as follows:

As described in a previous post, although the law is tolerant and authorizes the therapeutic use of the plant, patients actually encounter great difficulties to gain access to all these inflorescence or extracts, and while the distinction between the medical and recreational use is obvious for people close to the world of cannabis, it seems not as clear for the security forces that frequently treat sick people as if they were simply users, if not dealers or traffickers.

[2] Translator´s Note: DPR (Decree of the president of the Italian Republic)