PTSD is often manifested as the combination of 3 types of symptoms:

1) Hypermnesia or memory enhancement of the distressful trauma, which brings the PTSD sufferer to re-experience the event either by cues, (such as smells, sounds etc) or as flashbacks and nightmares.

3) Avoidance behaviour, of anything that could be associated with the trauma. [1]

Epidemiology- Who is affected by PTSD?

The prevalence of PTSD has been found to be higher following man-made/technological trauma than after natural disasters, for instance wars, terrorist attacks, car crashes etc were found to be more salient in triggering PTSD symptoms than floods and earthquakes.

An interesting review on epidemiology of PTSD estimates the prevalence of PTSD in the first year following disasters to be differentiated amongst exposure groups. 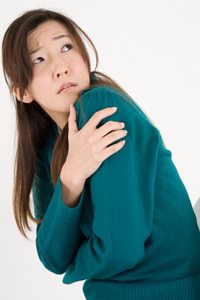 Direct victims of traumatic events (such as veterans, abused children, invaded populations etc.) show a prevalence of PTSD of approximately 30-40%, whilst this decreases to 10-20% among rescue workers (whom are affected indirectly by the events) and lowers further to 5-10% of the general population.

These summary estimates, by definition, are simplifications, and there are abundant studies showing that the prevalence of PTSD is substantially higher or lower than these ranges for particular groups. [2] Clearly among the people exposed to traumatic events, PTSD affects a subpopulation with a lifetime prevalence estimated to the 6.8% in the US. [1]

Women have consistently been shown to have a higher prevalence of PTSD following trauma than men. Persons with pre-existing or concurrent psychiatric comorbidity and persons who have previously experienced traumatic events or substantial stressors, also have higher risks of disaster-related PTSD. Low social support has been shown to be a risk factor for PTSD in several studies. [2]

Current data suggests that 89% of veterans with PTSD in the USA are treated with Selective Serotonin Reuptake Inhibitors (SSRIs) as declared by the Department of Veterans Affairs (DVA). [11] However, in several clinical trials, SSRIs have proven to be no more effective than psychotherapy alone for PTSD. [12]

Nonetheless, in 2004, the American Psychiatric Association (APA) identified SSRIs such as sertraline, paroxetine, and off-label fluoxetine as the medications of choice for patients with PTSD. [11]

What has been noted consistently is that regardless of the treatment regime, a high percentage of veterans with PTSD eventually drop out.

It has been estimated that no more than 20% of veterans with PTSD are effectively treated, which bring us to the rational of today’s topic, and the possible therapeutic potential that cannabis may behold in the treatment of PTSD. [12] 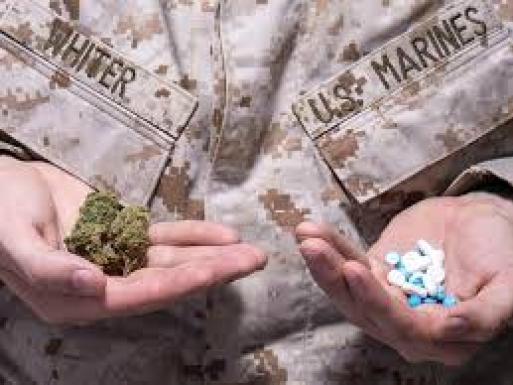 Is there any evidence for cannabinoids providing therapeutic benefit in the treatment of PTSD?

There is increasing evidence supporting this idea. For example, a lack of improvement in PTSD symptoms during residential treatment of veterans predicted greater frequency of cannabis use 4 months after treatment. [4]

Moreover, data suggest that patients with PTSD could be more susceptible to tension-reduction motivated cannabis use. [3]

Consistent with this hypothesis, PTSD patients found relief from daytime flashback and reduced nightmare frequency when dosed with nabilone, a synthetic cannabinoid which acts similarly to THC and is used in medical practice for anti-emetic and analgesic effects. [5]

Case-report studies also confirmed the benefits of cannabis in reducing the severity of symptoms. [6]

Overall, the results obtained in the clinic are consistent with animal studies, where cannabinoid receptor regulation has been found directly linked to extinction of fear responses following traumatic experiences.

When a new patient walks in a psychiatrist room, he or she usually leaves with a long list of Doctor-demanded drugs, but when you are a psychiatrist like Dr. Ilya Reznik, who is the first Israeli NeuroPsychiatrist to work with cannabinoids, things are quiet different. 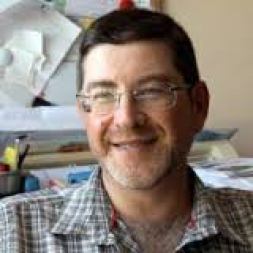 Dr. Reznik is the Chief Physician and Senior Advisor at Medical Institute for Forensic & Diagnostic NeuroPsychiatry in Tel-Aviv, and have been working in NeuroPsychiatry units for PTSD & chronic pain for decades.

He is a Member of Board of Directors of the IACM (International Association Cannabis as Medicine) and member of many other prestigious societies of medical cannabis & research (ICRS, CCIC).

He kindly agreed to deepen our understanding of the topic: “Cannabis is still a patient-based request, and mostly from those patients who have been self-treating and found it beneficial to their condition. Because of the psychoactive/narcotic effects of this compound, assigning cannabinoid medication requires doctors to carefully listen to their patient needs, not only to address correct dosage, but also to carefully evaluate whether patients might be susceptible to adverse psychotic effects.”

THC in low doses has shown consistently to reduce anxiety; however, higher doses of THC, or simple administration under stressful or repressive environmental conditions, produce anxiogenic effects, both in human as well as in animal studies. [14]

Pro-predictor factors for possible psychotic events may be estimated, but whilst those are very individual criteria, the main issue that Dr Reznik reports is “the total lack of a protocol to follow for assigning cannabinoid-based therapeutics to PTSD patients“.

Each patient is required to endure what Dr. Reznik defines, and rightly so, “3 years of
torture”, which means being forced trying all other current pharmacological interventions before being able to access cannabinoid therapies.

This has a clear detrimental effect, both on the trust toward the health of the patient, the doctor-patient relationship, as well as raising incredible costs for the State, that has, not only to provide all the above mentioned fairly expensive medications, but also to sustain the patient and his family until he or she can go back to his normal working life.

Moreover, he highlights “the urgent need for more information delivered to patients regarding the possibility that cannabinoid-based therapeutics may offer to them, which would allow also naive patients who do not self-treat to explore this option”.

Additionally, ”having an ample choice of products could prove essential in establishing the best combination to meet each individual patient in relationship with their symptoms, psychology traits and environment”.

The use of cannabis products in the form of oral THC or sublingual THC;CBD (Sativex) combinations for the treatment of anxiety disorders is not likely to be beneficial due to their narrow therapeutic window. (You can read here a full description for the pathologies & Countries where Sativex is approved).

For example, oral THC and Sativex both increased anxiety in a group of healthy cannabis-using subjects. Although this effect was not statistically significant in healthy individuals, one could postulate that this response may be more pronounced in patients with anxiety disorders. [15]

Cannabidiol (CBD) is a phytocannabinoid that does not activate classic cannabinoid
receptors, and is increasingly considered as an anti-psychotic agent. Several human and animal studies have shown that CBD reduces anxiety and some scientists have suggested that its actions in this regard may be mediated via serotonin 1A receptors in the brain. [16,17]

CBD extracts are not legal to prescribe in Israel, and are still off-label in most Countries of the World.

You can read more on CBD, its uses and Cannabis strains with high CBD % in here.