In Mendoza, Argentina, the provincial legislature is working on a new and innovative bill to regulate all aspects of the cannabis production chain, from cultivation and processing to research and commercialization, as well as the operation of all related businesses. This initiative is intended to establish the regulatory framework for therapeutic and medical uses of the plant, in parallel but independently to national law 27350, regulating medical and scientific research on cannabis and its derivatives, and new Decree 883/202, which has recently been approved by the Argentine government, allowing the selling in pharmacies of a broad cannabis-derived range of ailments.

The Ministry of Economy and Energy of the province will be responsible for monitoring this legislative proposal, unlike the rest of jurisdictions in the country in which the federal Ministry of Health will be in charge of its implementation. This differentiating fact shows up the entrepreneurial nature of this legislative initiative, which aims at creating numerous job opportunities and attracting cash injections in new investments into local markets to stimulate the economic growth and development of the region. This would also explain why the proposed bill does not contemplate any further actions or regulations on marijuana home growing, which will be surveyed and controlled by federal law, an old long claim by both cannabis individual users and organizations.

The unique Mendoza bill, presented by the deputy of the center-left coalition Frente Renovador, José María Videla, includes measures to allow the growing of crops of any cannabis variety, the manufacturing and technology transfer for scientific, medical and therapeutic purposes, and initiatives for the development of control mechanisms and the implementation of different programs for the production, transformation and distribution of any marijuana derivatives with medical properties. 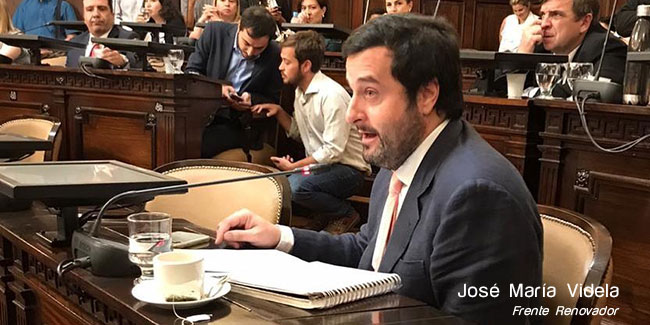 One of the major advantages of this project is the mild and dry climate of the northwestern province of Mendoza, extremely similar to that of California, where cannabis has been legal since 2018 and has been successfully grown there ever since.

This would guarantee an efficient production cycle with year-round harvests as the key first link in the value chain of this burgeoning business. This market regularization also seeks to put an end to the widespread illicit trafficking of marijuana and envisages not only providing patients with a medical prescription but also opening up the market to exports to other countries where cannabis use is allowed and similarly regulated.

For the moment, its commercialization still remains illegal, since current law provides only for its medical use, but all efforts and negotiations initiated by the provincial executive of Mendoza are aimed at facilitating the permits granting process by the nation’s government, so that the regulatory framework for cannabis production and transformation can be defined.

The fact is that Mendoza had already introduced a pioneering law, so-called No. 8952, back in 2017 that implemented mechanisms of surveillance and control of medical and scientific research, including clinical trials with cannabis oils with a high pharmaceutical grade of purity, as required by the ANMAT (National Administration of Medicines, Food and Medical Technology). Moreover, the province created the Tutored Surveillance Unit, made up of doctors from public hospitals and in charge of the implementation of quality control protocols and the study of the effects of human health, so that it facilitates the processing for exporting cannabis products. This new law places Mendoza once again at the forefront for the national cannabis legalization process since, prior to the enacting of federal regulations on the referred subject matter, the province government had already opened the door to the creation of a users’ registry and the official supply of imported cannabis oil to patients with prescribed medical treatment, a law that will also still remain in full force and effect.

Today, we’ll be discussing the book Grow Organic from Mama Publishing, written by Karel Schelfhout (an author who for three decades has played a leading role in the ...