A new undergraduate-level course is to be launched next April by the UC Davis School of Medicine (California): “The Physiology of Cannabis”. It is not the first time that this type of course has been taught in the state of California, but it’s indicative of the fact that more and more universities are offering cannabis science in their curriculums

The new course can be taken by undergraduates. A more advanced class will be offered to medical students at the same university next school year, and a course for the general public is planned for the future, allowing citizens expand their knowledge of cannabis.

Studies related to weed reflect the state’s changing attitude toward the plant. “We feel it is important at this moment to educate students about the physiology and medical indications of cannabis and cannabinoids,” said instructor Yu-Fung Lin, an associate Professor of Physiology and Membrane Biology at UC Davis School of Medicine.

You can find other marijuana-focused studies in the United States: at the famous Oaksterdam University, the only specific campus dedicated to cannabis in California; the University of Vermont, Harvard Law School, Vanderbilt University School of Law in Nashville, and the Moritz College of Law in Ohio and the Massachusetts Medical Society. 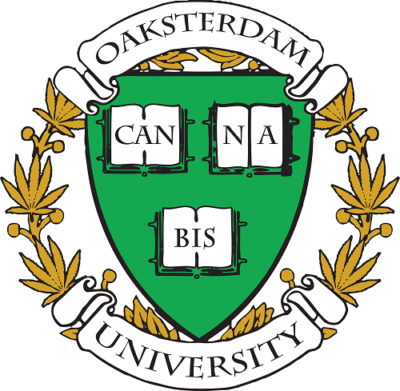 California’s Proposition 64, approved by more than 55% of the voters, is the most important measure about cannabis in the USA. California is the 6th   largest economy in the world and according to analysts, the value of the legal market for marijuana in California is 2.4 billion euros. Thanks to Proposition 64, cannabis is now legal for all uses.

Twenty-eight states and the District of Columbia allow medical marijuana, and recreational use for people over the age of 21 is already allowed in eight states. Before Election Day, only 5% of American adults lived in states with legalised cannabis use. Nowadays, it is 20%.

The long-awaited regulation of medical cannabis in Spain could be a reality before the end of this year, with a deadline of December 27th, 2022. But what some consider a huge advance ...