CBD (cannabidiol), one of the chemical compounds found in all parts of the cannabis plant, and the industry that manufactures and commercializes this cannabinoid for medical use, has received a major boost thanks to a recent European justice decision that admits that this substance is harmless to health.

The Court of Justice of the European Union (CJEU) declared that Community law, and specifically the EU law principle for the free movement of goods, is opposed to some national legislations, such as that of France, which establishes that hemp cultivation can only be intended for textile industry or seed processing, a restriction that would apply to other EU countries. Consequently, the European justice has made clear that CBD is not a drug and cannot be regarded as a narcotic since it has no psychotropic effect and it is not harmful for human health, according to current scientific knowledge. Actually, CBD has never been mentioned in the two international conventions on psychotropic substances and narcotics held by the United Nations, which constitutes the basis for a substance to be classified as a controlled “drug” or “narcotic”. 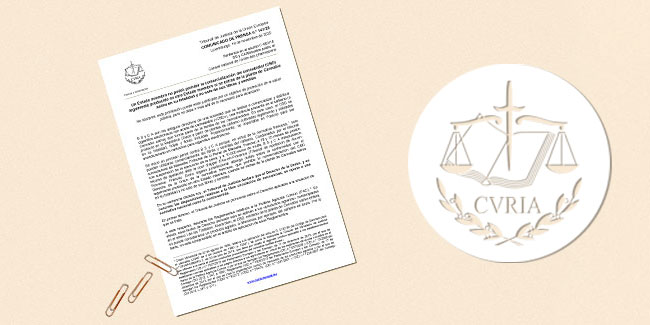 The Court ruled in favor of the marketing of CBD in France and expressed its opposition to the decision handed down by a correctional court in Marseille (France) last November 18, which sentenced to 18 and 15 months of suspended jail time and a fine of 10,000 euros two French entrepreneurs who marketed and distributed CBD-based electronic cigarettes legally produced in the Czech Republic and with CBD extracted from the entire cannabis sativa plant, including flowers and leaves. France only allows the extraction of CBD from seeds and fibers but not the use of the plant as a whole. The case was resolved after a five-year litigation and ended up in the European Court of Justice. Therefore, the lack of clarity of current regulations is evident, given the growing need for a clear and coherent framework of reference for production and use of CBD not only in France but also in the rest of the member states of the European Union.

This decision of the European Court can be justified by the objective of protecting public health in a consistent and systematic way, but always within the limits of consumers rights. As the Court ruled:

According to this ruling, each and every member state, including Spain, could commercialize and distribute cannabidiol in any form within the legal framework and under the existing limitations established by the competent national health authority, for instance, in the case of Spain, the regulatory agency is the Agency for Food Safety and Nutrition (or AESAN for its Spanish acronym), as long as the final product is intended for human consumption. Likewise, this legal shift in favor of CBD will have a major impact on the emerging European “green” industry, as it would not only require France to adapt its national legislation, but could also force other national regulators to review existing restrictions with regard to products derived from hemp, within the framework of the free movement of goods within the internal market area of ​​the European Union.

“In the last five years, CBD consumers and entrepreneurs have been treated by the French state as criminals,” explained the executive director of ACTIVE, a pan-European trade association of cannabinoid and terpenes companies. It could therefore be concluded that we are on the verge of a new opportunity for CBD industry both at a national and European level and we have to continue advancing and joining forces to professionalize this emerging sector. This could represent a new beginning for those who are willing to have legal access to CBD for therapeutic use in the treatment of a wide range of ailments and conditions.

France has already authorized an innovative two-year pilot project to provide patient access to medicinal cannabis, a landmark experimentation that could make this country a role model for other European countries. The program is scheduled to start next year and it will target over 3000 patients suffering from serious diseases, chronic pain or epilepsy.