Fernanda de la Figuera is many things: marijuana grandmother, historical cannabis activist and the first legal woman cultivator in our country. She is also a person willing to face the legalisation of a plant that has proven to have multiple medicinal benefits, facing several trials throughout her life. Fernanda de la Figuera can be and has proven to be many things, but something that has never been is a drug dealer.

This Wednesday, October 30th, this 76-year-old woman is to stand trial for cannabis cultivation and distribution and the prosecutor is demanding 4 years in prison. From Kannabia and YesWeSkunk we send all our support to this pioneer and veteran activist in the use and cultivation of cannabis. A few days ago we talked with her. Here you have an interview by Laura Rueda that seeks to give voice to this magnificent woman history.

Laura Rueda: Next Wednesday, October 30th you face a trial in which the prosecutor asks you 4 years in prison for the cultivation and distribution of cannabis, how are you?

Fernanda de la Figuera: The prosecutor is demanding 4 years, 2 years for cultivation and 2 years for distribution. As you can imagine, I am worried because I have been in this for so many years. I have been exonerated from the accusations. I consider myself the first legal woman home grower in this country and I never thought that this could happen to me. I cannot believe it, I cannot believe it… They know perfectly well who I am and they know perfectly well that I am not a drug dealer nor do I have anything to do with that. All I do is help people. 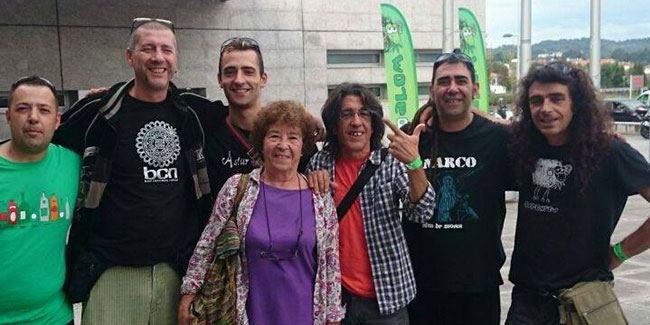 Laura Rueda: In Franco’s time you were already a cannabis activist.

Fernanda de la Figuera: I wasn’t an activist. The first people I’ve seen smoking were military in Franco’s time. My father was a career soldier. He did not smoke weed but cigarettes but I have seen him smoke with his mates. The first time I saw somebody smoking hashish was my cousin who was a Spanish Legion soldier.

The Kief arrived in Spain through the legionaries when they came to parade in Spain. And I certainly always bought Kief from them. In the Franco army it wasn’t frowned upon. In Tetouan and Chefchaouen (old Spanish provinces) and Melilla current Spanish province, people used to normally smoke.

Laura Rueda: You are a historical activist; do you notice an evolution from when you started until now?

Fernanda de la Figuera: I came to live in Andalusia in ’78, thinking that when Felipe González became the first socialist president, he was going to legalise cannabis. But he didn’t, and the socialist have not yet legalised it; even more, legalisation is not included in any of the measures they present in its election manifesto. I don’t understand it because alcohol or tobaccos are much more dangerous than cannabis.

It seems absurd that cannabis is not regulated, as it is present throughout the world. Besides, it was an American invention to ban it and now the Americans have legalised. Isn’t about time we legalise it here? This is nonsense!

Laura Rueda: Those of us surrounded by people who suffer from chronic pain know about the importance of cannabis. In those countries where the cannabis is legal are also aware of this. What is going on in Spain? Do we need more contact with reality or to meet people who are really sick?

Fernanda de la Figuera: I think the government doesn’t legalise cannabis just because it doesn’t want to. The first time I went to parliament, many years ago, in the late 90s or early 2000s, I met a deputy who was a cannabis smoker. She had a daughter who had died of cancer. From that moment, she began using the plant medicinally.

Manuel Guzmán, from Madrid University, is a worldwide expert in the cannabis research field. I met him many years ago. The first time he gave a talk with Professor Mechoulam in Madrid at the Fundación Ramón Areces about cannabis we were exactly three people, including myself. From that day, I have always followed him and I have been aware of everything that has to do with cannabis. We must start from the fact that the human being has an endogenous endocannabinoid system. We are many people and I am convinced that my endocannabinoid system does not work well, that is why my problems of rheumatism, period pain, epilepsy … cannabis is indicated in the treatment of all this conditions. This is why when I found cannabis, I found something that favours and helps my body to survive. And like me, cannabis helps many other people.

Laura Rueda: What was your first contact with the plant?

Fernanda de la Figuera: I discovered it when I was a little girl, I was between 8 and 12 years old when I first saw it in my house or among my family, my cousin, the military … you know? And then, when I went to live in Madrid to work, I was 18 or 20 years old, I used to go to a jazz club very often where the Americans at the military used to go too and they all smoked. They already had good marijuana, they were already growing weed.

Laura Rueda: So, have you been gradually discovering the plant’s properties and possibilities?

Fernanda de la Figuera: Sure, little by little. I remember in Madrid, at the beginning of the 70s, I don’t remember what year exactly, a friend brought me a handful of kief from Morocco. I started to home grow on my terrace using those seeds. And I came here, to Andalusia, to grow good marijuana in a garden and not on a terrace. I have never had problems in Madrid back in time.

Laura Rueda: Would you say that the image of the plant has suffered a regression and is now much more stigmatised?

Fernanda de la Figuera: Of course, because there is now a business around cannabis and also there is a lot of narco-cultivation, among other things… Yesterday watching TV, in Cuenca they have pruned a pine forest and some narcos had planted there 30,000 plants, terrible. Of course, as long as it is illegal and so easy, so manageable and so simple to plant and cultivate there will be a lot of narco cultivating everywhere. 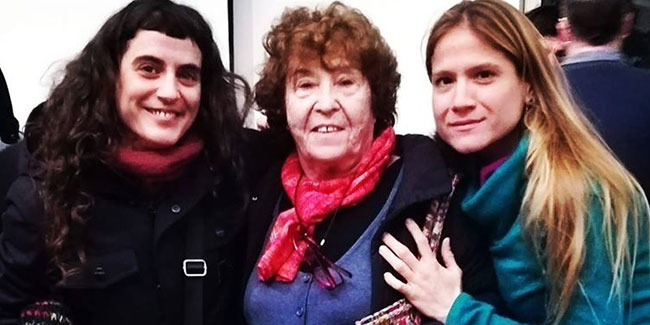 What needs to be done is to legalise and whoever wants to grow and sell must register to pay a license, to pay the State and to control what they grow. This person must cultivate in a legal way so both, the State and the person make money make money. People who want to buy must buy from these homegrowers. I don’t see why we cannot proceed as with alcohol.

Of course I smoke nothing but my own production, I do not like going to the street to buy, I like to smoke my thing. And it seems to me that whoever user that wants to consume for whatever reason, should cultivate his/her own. I am an adept of self-cultivation because it is a way of knowing what you smoke and smoking good quality and smoking what your body needs.

Laura Rueda: It seems that to cultivate your own marijuana has almost became a political act.

Fernanda de la Figuera: Nowadays, it is a political act because it means to face a ban. But I take it as an act of life, as I plant my tomatoes … well, not anymore, because I am too old to do so, but I have had my garden, I have grown my lettuce, my tomatoes, my corn, my marijuana. What was needed in the house!

Laura Rueda: You have faced many trials and you have been acquitted. These could be considered as small victories for you and, also, for the cannabis community in Spain. Do you think this trial now will become a milestone?

Fernanda de la Figuera: I know that I was doing well, that I was not doing anything wrong, that I was not doing anything for money, that in the association what we wanted was to help people. We were there to help our partners and other women like us. I think I used, once again, the things I could use, if I did it wrong, well, I’m sorry. I’m sorry, but I certainly tried to always do the right thing and to help others.

Expogrow 2016 came together this year as much more than just a simple cannabis fair.  Work, debate and entertainment were the three pillars in this fifth edition, an event that has become the perfect ...

The importance of branding in the emerging cannabis market

The allowance of distinctive branding could be the key to a successful legal cannabis industry in Canada.  The interactions and memories between a customer and a company form a conceptual ...