Since its legalization four years ago, Mexico has finally published the new regulations on the medical use of cannabis. On January 12, the Mexican Ministry of Health and the Federal Commission for the Protection against Sanitary Risks (or COFEPRIS for its acronym in Spanish), a public institution which reports to this Ministry, have finally implemented a regulatory framework that arrives three years late.

The process of legalizing medical cannabis in Mexico started back in December 2016, when the Senate made some cannabis-derived drugs available under medical prescription. A year earlier, the family of 8-year-old Graciela Elizalde, diagnosed with Lennox-Gastaut syndrome -a severe form of childhood epilepsy- obtained the first authorization in the country to import and use cannabis oil, since there were no other effective treatment options available at the time. On June 2017, Mexican Congress decriminalized the use of this plant for medical and scientific research purposes. Nevertheless, it is now when access to medical cannabis is being fully and officially regulated, opening the door for potential pharmaceutical companies, independent laboratories and medical research centers to investigate cannabis properties.

The new regulation, issued on the government publication Diario Oficial de la Federación, or Official Gazette of the Mexican Federation, includes 80 articles on the control of the primary production of cannabis for medicinal use, the protocols for research and investigation, the means to control permitted derivative products and medical prescriptions, the limits to import and export both the plant and its compounds as well as the procedures for manufacturing pharmacological derivatives and medicines. According to this law, COFEDIS becomes the official institution responsible for granting the necessary licenses and permits for each of the activities and actions related to the production and manufacturing of cannabis for therapeutic uses. The legal text specifies that all medical prescriptions to access medical products containing cannabis will have a barcode that pharmacies will use to keep a record of all operations and a registry of patients. Moreover, the regulation also provides for the advertising and commercialization of pharmaceutical products containing cannabis, which must be aimed exclusively at health professionals but strictly limited to the general public.

The regulation of medical cannabis in Mexico is closely followed by the final legalization of recreational marijuana with a landmark law at the federal level that is expected to be approved by the Chamber of Deputies, right after the Senate gave its consent and approval last November 2020, and following the five-month extension provided by the Supreme Court of Justice to the lower house of the Parliament to address an issue that should have been resolved by December. 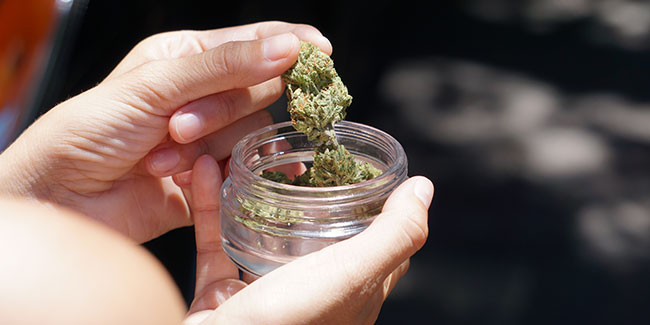 As Íñigo Olabarri, legal advisor of Procanna (an association formed by groups of peasants, entrepreneurs and activists who advocate for the development of marginalized communities through agricultural programs), explained to Mexican newspaper El Economista, the importance of this new regulation relies on the legal coverage that will be provided to the process of cultivation, harvesting and processing of cannabis for medicinal use.

On December 21, some weeks before the publication of the new regulation, a group of small and medium-sized enterprises in the emerging Mexican cannabis industry announced the creation of the National Cannabis Council (CCN), an institution that will promote and demand the prompt development and introduction of a regulatory framework for the medicinal use of cannabis and, at the same time, the elimination of import and export prohibitions and restrictions to psychoactive components of cannabis, a demand that is already contemplated in the future national Cannabis Regulation Law. For now, the new regulation on medical cannabis does not set any limits to THC content in the permitted final products and allows only the import of raw materials to be used for medical or research purposes. In regards of exports, it will be possible to sell only pharmacological derivatives and other cannabis-derived products for therapeutic uses but not to export raw materials, despite the fact this country has been the traditional supplier of the plant to the United States. In the neighboring country, fifteen states have already approved the recreational use of cannabis and the House of Representatives has already passed a comprehensive federal law that is expected to be approved by the Senate this year.

Sunnybrook Hospital in Canada to Prescribe Medical Cannabis to Patients

The Sunnybrook Health Sciences Centre in Toronto is not only one of the most prominent and highest-ranked hospitals in Canada but also the first that, as part of a pioneering international ...