Andrew Cuomo and Phil Murphy, governors of New York and New Jersey respectively, have asked for the legalization of recreational cannabis in their State of the State Speech. Both of them have set objectives making recreational marijuana an important issue in their 2019 agendas. Each of them, separately, spoke about this issue in the aforementioned “State of the State” speech, which they gave on Tuesday, 15th January.

Among the promises of Andrew Cuomo, Governor of New York, is the legalization of cannabis for recreational use, the prohibition of plastic bags throughout the state, allowing sports betting in four casinos in the north and prohibiting revenge pornography. They will have 100 days to implement these and other proposals.

For his part, Phil Murphy, who has been advocating for the legalization of the plant since its 2017 campaign, emphasized the possibilities that regulation would bring: thousands of jobs and billions of dollars in tax revenues. Murphy did not forget about people who have a record for low level offenses and said that this would be removed from their record. 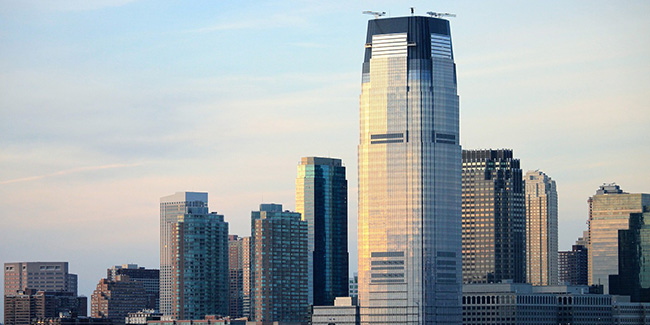 Medical cannabis has been legal in New York for several years. Only in a limited way, allowed for very specific cases such as patients with AIDS, cancer or serious chronic diseases. The same governor, Andrew Cuomo, gave the green light in mid-2014 to a law that allowed the use of cannabis for therapeutic purposes. The patients needed a medical prescription to begin treatment. This could be drunk, swallowed or inhaled, but in no case smoked. The legislation granted five contracts to private growers who could operate in four dispensaries.

In New Jersey, medicinal use came earlier than in New York, specifically in 2010, with the management of another governor, the Democrat Jon Corzine. This administration approved the use of cannabis for therapeutic use in patients suffering from epilepsy, AIDS, glaucoma, Crohn’s disease, multiple sclerosis or cancer. In 2013, use was included in children with serious pathologies and in 2016 the list was expanded with the inclusion of post-traumatic stress disorder. A few years later, in March 2018, Phil Murphy increased the list of diseases to migraine, anxiety or different forms of chronic pain and the neurological disorder of Tourette syndrome.

Both Andrew Cuomo and Phil Murphy spoke of minority communities. Cuomo proposing to reduce the criminalization that affects racialized communities, and Murphy ensuring the guarantee of fairness and equity for minority-owned businesses. Both have promised laws that aim to increase state revenues and restore criminal and economic injustice.

However, the governor of New York was not always totally pro-cannabis. In 2017 Andrew Cuomo declared that the plant was an entry drug to other types of more dangerous substances. Now he has changed his mind and in his recent speech he highlighted the economic benefits that legalization would bring, about 300 million dollars per year in tax revenues for 2024.

“We are going to legalize the use of recreational marijuana in adults once and for all,” he exclaimed.

New York and New Jersey have some examples nearby, Massachusetts, Oregon, California, Nevada, Vermont and Colorado, six of the ten states in which recreational cannabis is legal and giving good results economically. In his speech Cuomo said that the goal was to undo social injustices and reclaim the marijuana trade from the hand of the bad guys in order to regulate and tax it, and protect children. 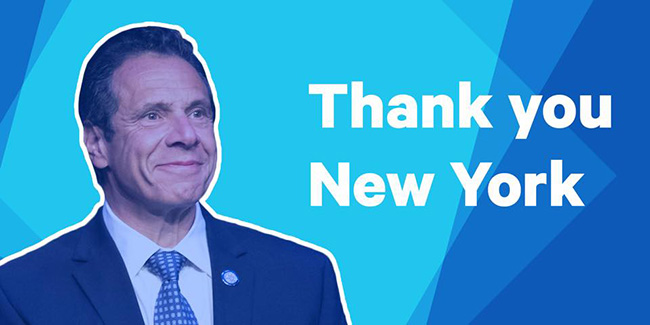 “Let’s make history in 2019 # 2019JusticeAgenda”. This is the message that Andrew Cuomo sent through Twitter. The tweet includes a video that asks, among other things, for equal rights, medical care cover, incremental taxes, equitable education, stronger gun laws and legalization of recreational marijuana.

There are still many details to be released, such as the taxation to be applied, the timescale for its application or the limits of the legislation that will regulate the cannabis consumption in New York. Cuomo has also not clarified what people wanting a license will have to do or if home-cultivation will be allowed. What is clear is that, as the surveys reveal, there is widespread citizen support. And that both the mayor of the city of New York, Bill de Blasio, and the two chambers of the state legislature support the proposal of the governor.

Kannabia lives a new adventure next week. This time we are going to Mexico to present all the information and news from our seed bank at Expoweed. Mexico plays a leading role in this sector, ...