From Kannabia Seeds, we want to send our most sincere condolences to her parents, Paige and Matt, and to all her loved ones. We deeply regret your loss.

At a very young age, when she was just three months old, little Charlotte was diagnosed with Dravet Syndrome, a rare form of epilepsy that causes prolonged recurrent seizures, as well as other problems associated with speech, mobility, learning or digestion.

Over time, Charlotte would become internationally recognized as one of the most visible faces of the medicinal cannabis movement. Her mother started a desperate search for an effective treatment to ease the symptoms of her epilepsy and decided to medicate the child using a type of cannabis oil made with a strain high in CBD and low in THC. This was back in 2012, a time when medical marijuana was still illegal in Colorado.

As news of this treatment’s success spread like wildfire, many people with similar health conditions showed interest in cannabis-derived treatments. The case soon gained the attention of the media and the public, a fact that contributed to changing the view on marijuana and its therapeutic uses.

The strain used to create this oil, Hippie’s Disappointment, would later be renamed in her honor, as “Charlotte’s Web”. Today, both mother and girl are seen as true heroines and rightful leaders of the movement for the legalization of medical cannabis, not only in the United States but worldwide. Indeed, it was in 2014 that journalist Hannah Osborne, from International Business Time, described Charlotte as “the girl who is changing medical marijuana laws across America.”

According to official medical sources, her death was most likely due to complications from COVID-19 infection. After first testing negative on April 3rd, she was sent back home. Two days later, she had to be re-admitted to the hospital to be treated “as a likely case of COVID-19”.

Her death was publicly announced this past Tuesday by a family friend on Paige Figi’s Facebook page with these words: “Charlotte is no longer suffering. She is seizure-free forever. Thank you so much for all your love. “ 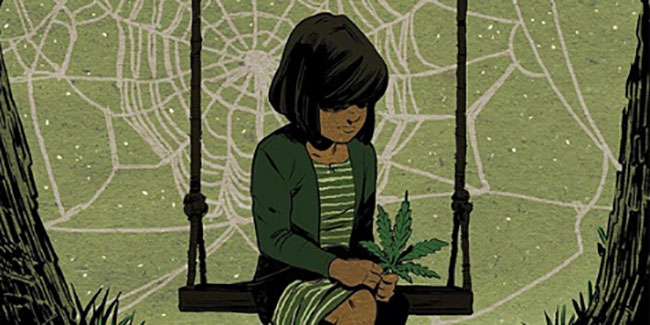 Rest in peace, little one…

In June 2017, Parliament approved a law that protected the activity of cannabis clubs: the constitution of these as associations, the cultivation of the plant and its subsequent transport, as they had previously ...

Kannabia wants to celebrate February the 28th with you all, and we are launching an excellent promotion: all Kannabia seeds bought  next Sunday 28th will have a discount of 28%. You just have to use the ...