Michael J. Fox was diagnosed with Parkinson’s in 1991. He was then only 30 years old and it had been only a year since he played McFly in the third part of the Back to the Future trilogy. He is currently the president of the largest non-profit organization that funds research on this disease, The Michael J. Fox, Foundation for Parkinson’s Research (MJFF), and he has set out to end legislative obstacles that prevent research on the cannabis uses in the fight against Parkinson’s in the United States.

Currently, 33 states in the United States have passed legislation allowing the use of cannabis-derived products for medicinal use; however, in each state, the formula is different, the products that are accessed are different, and the conditions for accessing these medicines are also different. In total, thirteen states allow the use of medical cannabis for Parkinson’s patients: Connecticut, Florida, Illinois, Iowa, Massachusetts, Missouri, New Hampshire, New Mexico, New York, Ohio, Pennsylvania, Vermont, and West Virginia. But, even when its use is legalized, there are sometimes additional conditions, such as in New York, where, according to the MJFF, in addition to having Parkinson’s at an advanced level, the person has to suffer from extreme malnutrition, chronic or severe pain, nausea severe, severe or persistent muscle seizures or spasms.

Parkinson’s disease affects the basal ganglia, a circuit of brain cells that controls movement, and where high amounts of cannabinoid-binding receptors are found that are produced naturally by the body to control sleep, appetite, or state of mind, according to the foundation. This is why cannabis is considered to be as a substance to explore in order to lessen the Parkinson’s consequences. 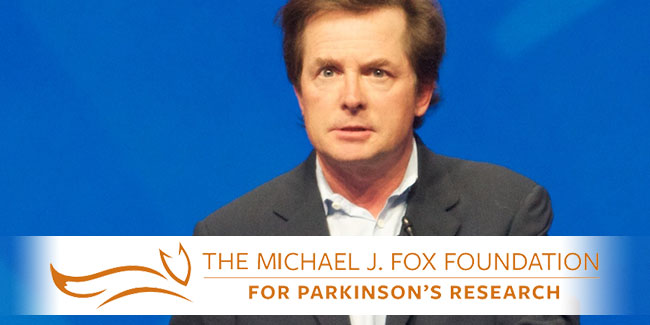 “Preclinical work, including several MJFF-funded studies, show that cannabinoids can protect brain cells through antioxidant and anti-inflammatory mechanisms,” according to MJFF.

And that it can also reduce the motor system Parkinson’s symptoms in addition to the involuntary movements caused by Levodopa, the most effective treatment currently against Parkinson’s. But the results, explains the foundation, are in some cases positive and in others negative. “Which leaves patients, doctors, and researchers with insufficient evidence that medical marijuana and cannabinoids are an effective treatment for Parkinson’s,” and the research are limited by federal legislation.

“The current cannabis regulations block comprehensive cannabis and its compounds medical research,” according again to the MJFF in a letter sent to senators and congressmen in June 2019. “Due to its federal classification as a List I drug, along with the low quantity and quality of cannabis produced by the only federally approved crop, the researchers don’t have the proper materials to conduct the necessary research”.

Federal level cannabis Reclassification is, in fact, the subject of one of the three bills supported by the MJFF to facilitate research on cannabis.

The Expanding Cannabis Research and Information Act was presented at the United States Congress in September 2019 and promoted by the Democrat Representative Donna E. Shalala, who was Secretary of Human and Health Services during Bill Clinton government. The bill, supported too by Democrats Barbara Lee and Joe Courtney, as well as Republican Matt Gaetz, is in its early stages and aims to reclassify cannabis to enter List of Schedule I drugs, which groups together drugs or other substance with a high potential for abuse plus drugs or other substance with no accepted medical use in treatment in the United States. This list includes, in addition to marijuana, heroin, LSD, ecstasy, methaqualone and peyote. Cocaine is on list II, which includes substances considered less harmful than those on list I— on list III, which includes substances with a moderate to low potential for physical and psychological dependence, such as ketamine or testosterone

“The reclassification would officially recognize that cannabis is a drug with accepted medical use,” MJFF has pointed out. “The bill would also remove a variety of regulatory restrictions that currently make it difficult for universities to conduct research trials related to marijuana,” they add.

Another of the bills is the Medical Cannabis Research Act, presented to the United States Congress in January 2019 by Republican Matt Gaetz and which aims to protect institutions that want to study cannabis from federal persecution. This bill would also help the elderly Parkinson’s patients to receive information to participate in federally approved cannabis studies.

The other bill supported by the foundation, the VA Medicinal Cannabis Research Act, is under study in Congress also since January 2019 and is focused on promoting studies on the effects of marijuana on diseases that affect veterans of war – which currently cannot access cannabis-related drugs under federal legislation – such as post-traumatic stress and chronic pain. Numerous studies has shown that cannabis has positive effects on these diseases treatment.