Last Monday, February 11, was held in Madrid Cannabis-Europe forum, one of the most important global events in the cannabis industry. This year, the trade show has been held in Madrid since Spain constitutes the largest market for medicinal cannabis and even though its use still being illegal.

Previously, the event was held in cities such Toronto, London, Paris or New York. cannabis supposes a potential market of more than 3,000 million euros and it could generate a turnover of close to 58,000 in less than 10 years.

Thus, companies, investors, laboratories, scientists, patients and curious people interested in this incipient industry gathered at the event and had the opportunity to attend conferences and workshops on policies that regulate cannabis in Spain, Europe and the rest of the world. The latest biomedical research was presented, as well as the different trends in the industry and investment. In addition, the creation of cooperation networks between patients, researchers and entrepreneurs was promoted and facilitated.

Focused above all on the business opportunity that all this represents for the pharmaceutical industry, Cannabis-Europe zoomed off from the consumer fair and brought it closer to the networking event format with the intention of boosting international investment and facing the more than possible regulation that the opening of the new Ministry of Consumption, directed by Alberto Garzón, allows to foresee.

The event has been precisely criticise because of this. The fact that is a only one day business event with an entrance price that ranges between € 299 and € 899, except for guests, practically left out to the thousands of small growers and club users who truly form the economic and social fabric of the cannabis industry in Spain; thus making it an elitist and exclusive act within the reach of only a few. Growers and clubs are very critical of a possible regulation that ends the opportunities for small growers and consumers. These people are those who have spent many years fighting for legalization in Spain through organizations that can be exploited by large companies.

We must not forget that Spain is one of the few countries where medicinal consumption is not legally contemplated, despite the fact that its individual consumption is decriminalized. Internationally, the consensus regarding the benefits of CBD, is indisputable and various scientific studies support this. This lack of regulation forces chronic diseases patients to go to the black market, with all the risks that this implies.

One of the demands of the attendees was, specifically, that regulation. José Luis Martín, from the international consultancy Baker Tilly, specialized in regulation and cultivation licenses, pointed out that the Spanish regulatory framework is completely out of date with regard to cannabis, since the authorities’ fight is still framed in the fight against drugs when what we are talking about is medicine. 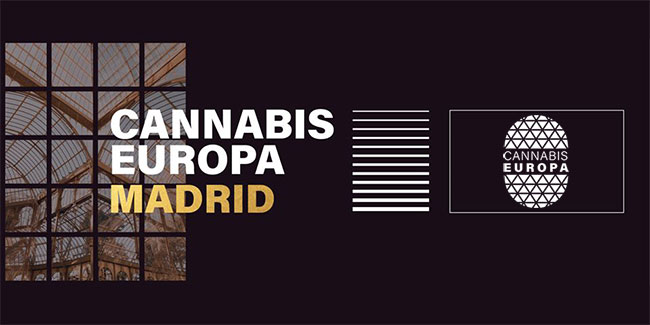 In November 2018, the latest CIS, the Spanish Sociological studies Centre, barometer yielded surprising data: 84% of Spaniards are in favor of legalizing cannabis for medical and therapeutic purposes. In addition, 47.2% approve of the general regularization of cannabis, including recreational use.

Kalapa Clinic, a well-known online information platform, attending the event and advising patients on alternative cannbinoid therapies, point out the paradox that more than 5 million people who regularly smoke marijuana can be found in Spain but, at the same time, not a single patient can be treated with cannabis.

From the organization they underline the fact that “the future of this flourishing industry now depends on the European countries acting together to ensure the necessary legislative changes and thus support an international cannabis industry, something that our Cannabis Europe conferences they seek to promote”.