Sale of cookies, ice cream and crisps increase with the legalization of cannabis

Everyone knows that cannabis and “the munchies”, that irresistible urge to consume large amounts of junk food, go hand in hand. Now, a study by the University of Connecticut in the United States, has linked the increase in the sale of cookies, ice cream, chips and, high calorie products in general, caloric products, with the legalization of recreational marijuana in several states. 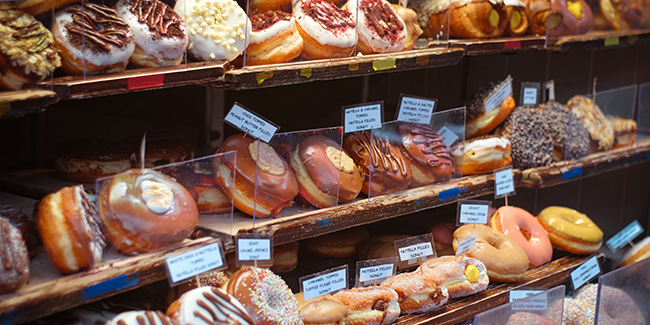 Although neuroscience has several hypotheses about the relationship of cannabis and the uncontrollable desire to eat junk food, there is still no formal evidence to support this well-known effect of the plant on the human brain. Until we have a scientific explanation for this, we have evidence based on consumption data.

Snacks, jellybeans, cookies, crisps … it seems that it is not a coincidence that all these types of products, considered junk food, which usually appeal after the consumption of cannabis, have increased sales in the states where the plant is most enjoyed, as a result of its legalization recreationally. That’s what a University of Connecticut study points out.

A study of more than 2000 counties

The magazine ‘Social Science Research Network’ has published an investigation that examines the figures of monthly purchases of caloric products in grocery stores and supermarkets in more than 2000 US counties.

“We use retail scanner data in calorie-rich food purchases to study the link between recreational marijuana laws (RML) and the consumption of high-calorie foods,” we can read in an excerpt from the study.

To reach these conclusions they compared the differences at the time of introduction of marijuana laws between the states and subsequently. It seems that in counties where recreational cannabis was legal monthly sales of high-calorie foods increased by 3.1 percent for ice cream; 4.1 percent for cookies and 5.3 percent for chips. 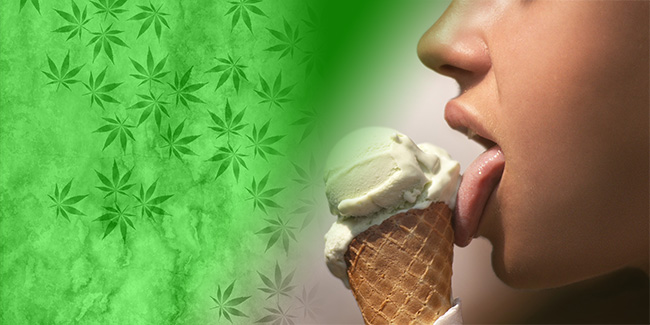 “Our estimates indicate that cookie sales increased 4.1 percent and sales of potato chips increased 5.3 percent. We also found that ice cream sales increased by 3.1 percent, although this last estimate is statistically insignificant at a conventional level “, we can read in the study.

The author of the study, the economist Michele Baggio, stated with respect to the figures “these may seem small numbers, but they are also statistically and economically significant”.

This data has been taken from Nielsen Retail Scanner, a database that includes the states where recreational legalization has taken place, and the rest, where it has not yet. Researchers focused on comparing purchase trends before and after the application of recreational cannabis laws in the states of Colorado, Oregon and Washington, during the ten years from 2006 to 2016. The data also indicate that purchases of ice cream and French fries moderated a little in the months following legalization but nevertheless, cookie sales continued to rise..

This study uses a rigorous empirical approach and points out that this trend was consistent in the three states where legalization had taken place. However, data from other states where recreational marijuana has also been legalized was not analyzed because that data was not yet available.

From obesity to sales data

The objective of the study took a 180 degree turn, since initially Baggio set out to observe if there were links between the legalization of cannabis and the increase in obesity rates. Finally, the economist focused only on the sales data trends and declared that she was not an advocate of legalization nor did she cease to be, but only interested in knowing if the policy will have unintended consequences.

Until Tuesday, September 18, 2018, South Africa had a law that prohibited the private consumption of cannabis. Yes, it's like someone forbidding you to eat chocolate in your room. Yesterday the Constitutional Court, ...

Learn to identify the perfect time to cut marijuana plants

After dedicating months to the care of our plant, that much-anticipated moment draws near, the day to harvest our home-grown. This is the time when many novice growers experience the following doubt: When to ...