Until now, the two components of cannabis studied most in relation to their therapeutic and medicinal uses – and responsible for the majority of its effects – were THC and CBD.

These are the cannabinoids with the highest concentration in cannabis, although more than 100 different cannabinoids whose presence varies in magnitude from one plant to another have been found. But recent studies by Italian researchers have shed light on the existence of two new organic cannabis compounds which had not been identified until now – THCP (tetrahydrocannabiphorol) and CBDP (cannabidiphorol).

In particular, the first of these in particular has proven to be much more potent than THC according to results of experiments performed on mice. Up until now, THC had been considered to be the cannabis component with the greatest psychoactive effect and the highest cannabimimetic activity. THCP could be up to 30 times more potent than THC according to studies carried out to date, with all the possibilities that this entails in both recreational and medicinal fields.

Given to laboratory mice, this component induced similar behaviours in these animals to those that would occur under the effects of THC; however, effects that would be obtained by administrating double doses of THC were achieved with very low doses of THCP. Among other effects, a decrease in movements, a drop in temperature, and a reduction in reactions to pain were observed.

For its part, the other component discovered in these studies (CBDP, an unrecognised derivative of CBD until now) has therapeutic effects but stripped of the psychoactive effect of THC or THCP – as is the case with CBD. What has also been observed in these studies is that CBDP does not bind strongly with CB1 and CB2 receptors, which doesn’t make investigating its properties a priority. Quite the opposite occurs with THCP, which seems to be equipped with enormous therapeutic and medicinal potential. With a very similar structure to THC, this new organic component interacts with the same receptor as THC (CB1) but it does so more easily, which would also explain its increased performance. 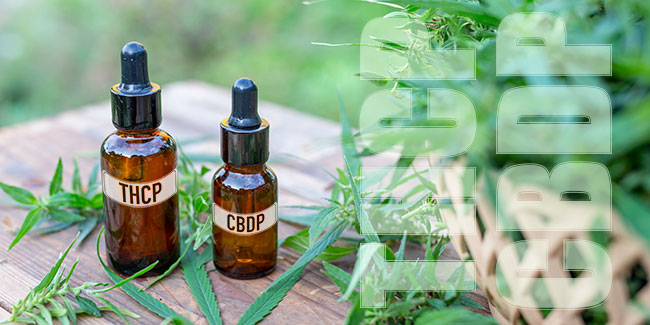 This discovery could explain issues such as differences in the experiences of individual cannabis users, for example, as their psychotropic effects need not be exclusively due to THC as previously believed, but would also be attributable (even to a greater extent) to the presence of THCP. In fact, the possibility of other cannabinoids – as yet unidentified -which could influence the known effects to a greater or lesser extent is also considered.

These studies also open the door to the possibility of growing varieties that rather than being dominated by THC or CBD can be cultivated for THCP. If the potential effects of this new component in humans are confirmed, it would be possible to grow a strain that is rich in THCP, which could be up to 30 times more potent than those known to-date. The therapeutic and medicinal possibilities of these potential strains – not only their psychoactive effects – would also be pending. In other words, we would face a unique and positive discovery both medicinally and recreationally.

Adults in Maine will be able to legally possess and grow personal use quantities of cannabis without penalty beginning January 30, 2017. Governor Paul LePage on Saturday certified the results of Question 1: The Marijuana Legalization ...